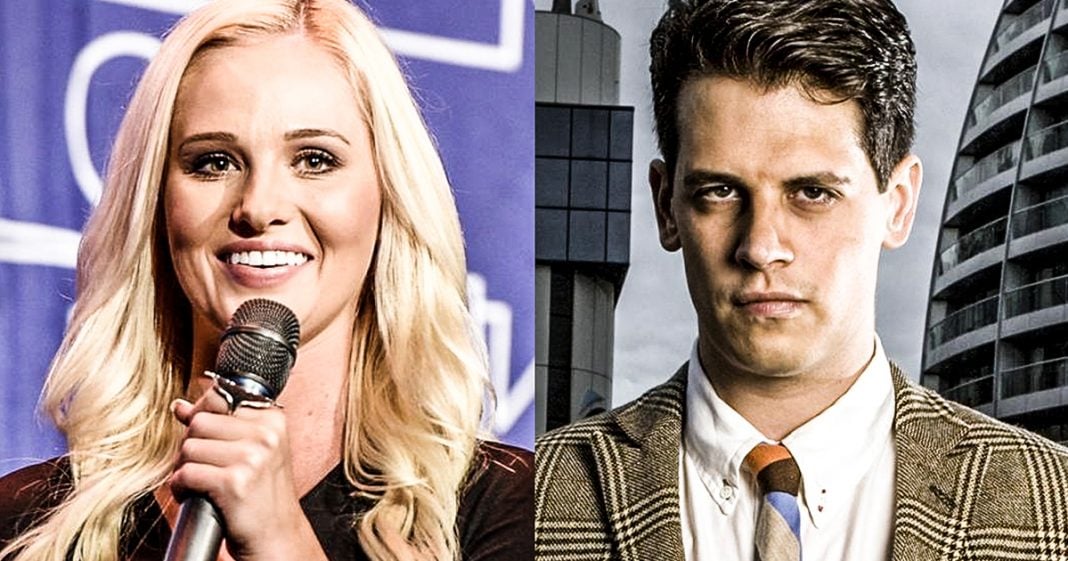 Conservative mouthpieces Tomi Lahren and Milo Yiannopoulos have been cast in a conservative propaganda film about the landmark Roe vs. Wade Supreme Court decision. Trump confidant Roger Stone is also involved in the film, and by his own admission he could end up going to jail when the Mueller probe concludes, and the entire production has been met with setback after setback. Ring of Fire’s Farron Cousins discusses this.

In case you weren’t aware of this, conservatives in Hollywood have kind of banded together. They’re actually making a “Roe versus Wade” movie. Now, what this really is is this is an anti-women’s choice propaganda film put together by a gaggle of conservatives. The whole production has been plagued from the start, but this past weekend, we actually got reports from the Daily Beast saying that they have cast Milo Yiannopoulos and Tomi Lahren in this disgusting propaganda film. According to reports, Milo Yiannopoulos is actually going to play an abortion doctor who, in the one scene that he is in, is literally performing an abortion, and Tomi Lahren is actually going to play the daughter of Supreme Court Justice Harry Blackmun, the man who authored the decision in “Roe Versus Wade.” She also is a Planned Parenthood volunteer, and I guess she doesn’t quite get along with her father and doesn’t want him to make all of this legal, which is actually slightly ironic because according to Tomi herself, she is in favor of a woman’s right to choose and doesn’t think the government should be regulating this kind of thing, so I guess a little bit of credit to her on that.

But what this really shows us is that hopefully the 15 minutes of fame that both of these morons, Yiannopolous and Lahren have afforded is about to run out because nobody should be listening to anything that either of these two has to say. Not to mention the fact that Milo as creepy looking as he is, shouldn’t ever be portraying a doctor performing an abortion. Nonetheless, this thing appears to be happening, and it’s going to have conservative figures in it. Stacey Dash from Fox News, John Voight’s going to be in it, and my prediction is that this is going to be about as big of a success as those Left Behind films that Kirk Cameron put together. It’s also going to have washed up stars like Joey Lawrence is going to be in it, Jamie Kennedy and a couple of other people that most folks have probably never even heard of.

But let’s get to the heart of this. This isn’t just about Milo being a creepy abortion doctor or Tomi Lahren trying to get into the acting world. This is a propaganda film being together by right wingers to try to cast some kind of cloud over the women’s choice movement. They want to make it seem like women who go out and have to make this tough decision are horrible people, and that they shouldn’t even be allowed to make it. I guarantee you that’s what’s going to come out in this film. And another thing that should be pointed out about this horrid movie is the fact that at one point, most of the production staff actually walked out. They quit their jobs because of how awful and propagandous this film truly is. Nonetheless, it’ll probably go over pretty well with conservatives, but in terms of box office draw, I don’t think we’re looking at a new kind of franchise here. It’s not like they’re going to create a whole new Roe versus Wade movie universe based on the success of this film. And if you put a creepy face like Milo Yiannopoulous out there, you’re going to get even fewer people willing to sit through this entire propaganda film put together by Republicans.