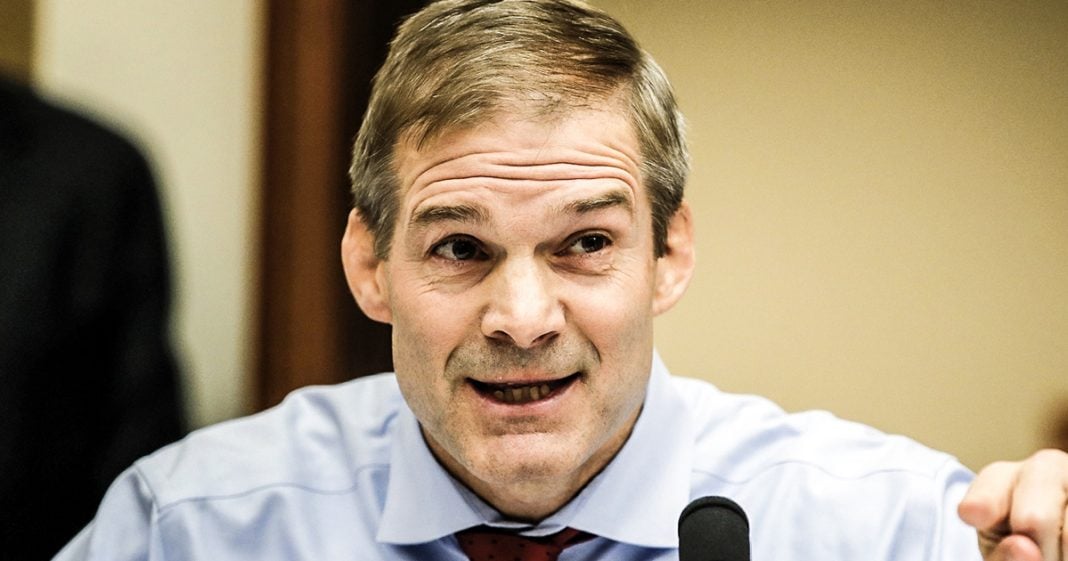 Conservative lawmaker Jim Jordan is struggling to keep his head above water as more and more former wrestlers from Ohio State come forward and admit that Jordan did absolutely nothing about the sexual assault that these men were experiencing by a doctor for Jordan’s wrestling team. Even members of Jordan’s own Freedom Caucus are refusing to back him publicly, and if more people come forward with accusations of Jordan’s complicity, his political career could be over. Ring of Fire’s Farron Cousins discusses this.

Tea party darling, Jim Jordan is having a very tough time in Washington D.C. right now, as he should be having. So far seven, seven former wrestlers from the Ohio State wrestling team where Jim Jordan was a coach from 1987 to 1995, have come forward saying that “Not only did Jim Jordan know that the doctor of the team was sexually abusing these boys, but he also did absolutely nothing when confronted with this evidence.”

So, Jim Jordan back in D.C. is out there in the media circuit, he’s defending himself, he’s calling all seven of these people absolute liars, saying that “It’s made up.” And then actually admitting that “Well you know maybe I heard it and it was just kind of locker room talk.”

The same excuse Trump gave us about the Access Hollywood tape, Jim Jordan’s now trying to use that as some kind of excuse for not reporting sexual assault on multiple students, who were in his charge. Jim Jordan’s running out of friends in Washington D.C. right now, the House Freedom Caucus is now refusing to publicly come out and defend him against all these accusations.

And this is a Freedom Caucus that not only did Jim Jordan help found in the House of Representatives, but just a few days ago they were out there defending him. They said “We not only stand by him, but believe him to be a man of character and honor and Congress would be well-served to have more Jim Jordan’s serving on Capitol Hill.” And then two more people came out accusing Jim Jordan and then a deafening silence from the House Freedom Caucus.

Jim Jordan as a member of the House of Representatives, like they all are is up for re-election this year. November is a very short time away at this point and if these accusations keep coming out as more evidence keeps coming out, I think we’re going to find out for certain that Jim Jordan knew about this and did absolutely nothing about it because he doesn’t care. And I can’t wait to see what these accusations do to Jim Jordan’s re-election bid this November.