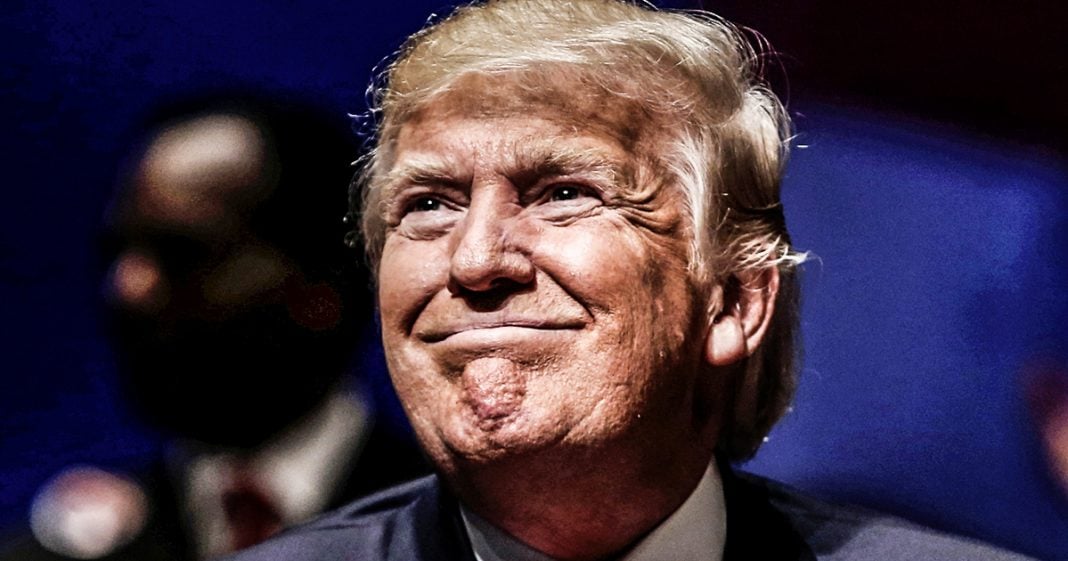 According to a report from the Auto Care Association, Donald Trump’s trade wars are about to cost the US economy around 100,000 jobs in the auto industry alone. These jobs include direct manufacturing, parts distributors, and countless other cuts throughout the chain of production. Trump doesn’t understand what he’s doing, and that makes his decisions far more dangerous, as Ring of Fire’s Farron Cousins explains.

Industries are lining up to warn the Trump Administration that their trade wars are going to absolutely decimate the US economy. Last Friday, in comments submitted to the US Department of Commerce, the AutoCare Association warned this administration that as many as 100,000 jobs just in the auto industry are about to be lost because of Donald Trump’s tariffs. 100,000 American jobs are going to be lost possibly by the end of the year if Donald Trump does not stop with these ridiculous tariffs that other countries are now instituting retaliatory tariffs on, and it’s screwing over workers in every sector in this country.

But as for the automobile manufacturers, and everybody else along the supply and distribution chains, we’re talking about job losses and obviously manufacturing, because steel and aluminum are going to become far more expensive, auto parts dealers, car maintenance places, your local Pep Boys might have to lay off people because they can’t afford the parts from the distributors from the manufacturers, et cetera, et cetera. See, here’s the thing though. All along that supply chain there, that’s where those 100,000 jobs are going to come from, and that’s what the AutoCare Association is obviously worried about, but it doesn’t stop there, because do you know what happens in a city of let’s say 300,000 people when 5,000 people lose their jobs, when 10,000 people lose their jobs? That is hundreds of thousands of dollars in economic activity lost in that area.

Do you know what happens after that? There’s more layoffs in other areas. Suddenly people don’t have money to go out to eat, so restaurants have to lay off their servers. Then suddenly there’s even less money going around in the economy. That’s how it happens, folks, and Donald Trump is making the situation so much worse because he doesn’t understand how the overall economy works, because it’s not just here in the United States, right? Especially when we’re talking about tariffs, this is a global economy, a global economy that the Republicans told us was going to benefit everybody and make everything so much better. Well guess what? It’s killing us here in this country now.

Corporations are still making their money for the time being, but we already know some organizations are starting to lose everything because of these trade wars. I have no sympathy for the CEOs, but I do have sympathy for the average workers out there who are getting screwed over every single day, the people who are fretting right now every morning they go into work about whether or not they’re going to have a job by the end of the day, because the reality is every day people are being laid off and 100% of it is related to Donald Trump’s trade wars. Not every firing in this country is because of it, but if you’re in one of these industries that’s being hit hard by the tariffs, then yeah, you are.

I want you folks to remember that. Remember that when you go to the polls this November, as you’re struggling to get by because you lost your job four months ago. Remember who put you in that situation. Remember the response from the Republicans who wouldn’t let the Democrats bring legislation to the floor to even debate about how to handle these tariffs. It wasn’t the Democrats who put you in this situation. It was the Republicans, and I’m willing to bet that by the time midterms roll around, if these trade wars are still going on, that 100,000 job loss number is going to look like small potatoes compared to what’s coming.