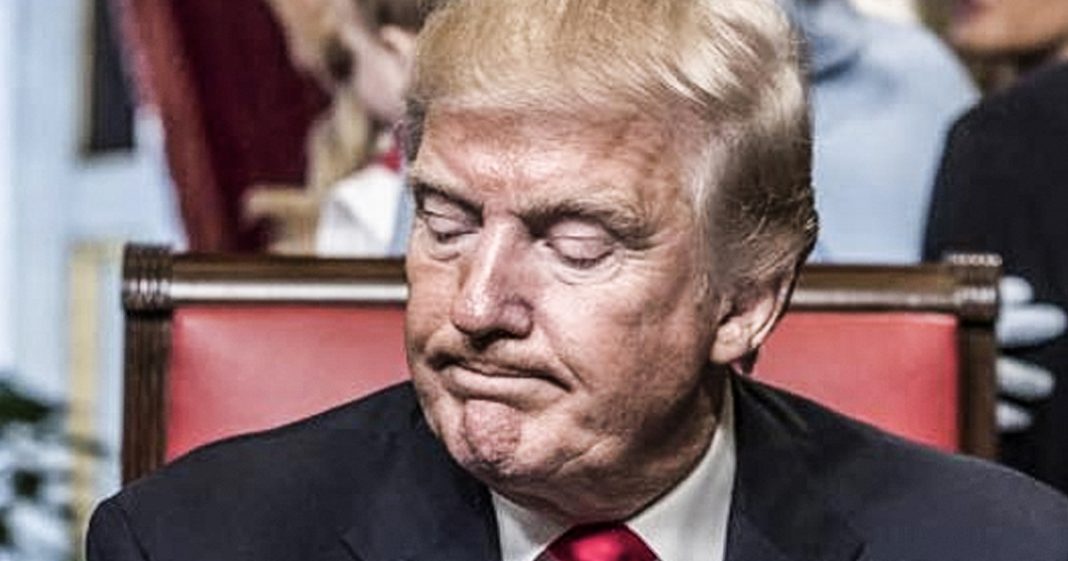 According to a new report by The Associated Press, the Trump administration has now set a record for the highest staff turnover rate EVER for an administration that is only 18 months old. But as we’ve seen from stories over the last year, staffers absolutely hate working there so it is no wonder that the turnover rate is so high. Ring of Fire’s Farron Cousins discusses this.

The Trump administration has set yet another record for this point in their presidency. In addition to having the president who has lied more to the public during this amount of time in office than anybody else before him, they have now had the highest staff turnover rate of any administration within the first 18 months in office. In fact, during the last 12-month period here, the turnover rate was 37%.

That number is actually very low, considering the fact that, when studied, the 37% turnover rate only included people who were there at the beginning of the 12-month period and then were not there at the end of it. So, anybody who came during the 12-month period and left during the 12-month period weren’t actually counted, and that includes people like Anthony Scaramucci, who had the job for, what, 10 days, maybe less than that; so, he wasn’t even counted in the official count. On top of that, Trump has had a 61% turnover rate amongst senior aides and officials within his administration.

So, 37% on the lower end … It’s probably closer to 45 at this point … of regular staffers, the average in-and-out everyday folks, the one who were whining to Politico recently that they can’t find a date in D.C. because they work for Donald Trump, those people are leaving in droves, and that doesn’t mean too much. No offense to these people. I know you love your job, and you think you’re doing well. But these are people who are not out there making any decision that affects this country at all.

Senior level staffers: the one who have Donald Trump’s attention, the one who have his ear, 61% of them have already left. That is remarkable, and that is unheard of. That is almost 20 points higher than any previous president at this point in their administration, which means Trump either is impossible to work with, or he is so bullish that he’s driving out people who may actually know what they’re talking about. Now, I’m not one to easily give credit to conservatives; but, when you’re dealing with a narcissistic moron like Donald Trump, it would at least be nice to know that there’s somebody in that administration that understands how both the world and the federal government are supposed to work. They could maybe talk him off the ledge every now and then before he does something stupid like starting a war with North Korea or starting a massive trade war with all of our best buddies across the planet.

That’s bad for this country. This is not a humorous story about nobody wanting to work for Donald Trump. This is a dangerous warning that every time somebody new comes into this administration and somebody with a little bit experience leaves, Trump becomes a little more unhinged. We’re running out of decent people to send to the White House at this point. Once we run out of people, it’s either going to be the crazies coming in, more so than they already have, or it’s going to be Donald Trump left alone to his own devices to continue to destroy this country. Either way, nothing ends well for American citizens.