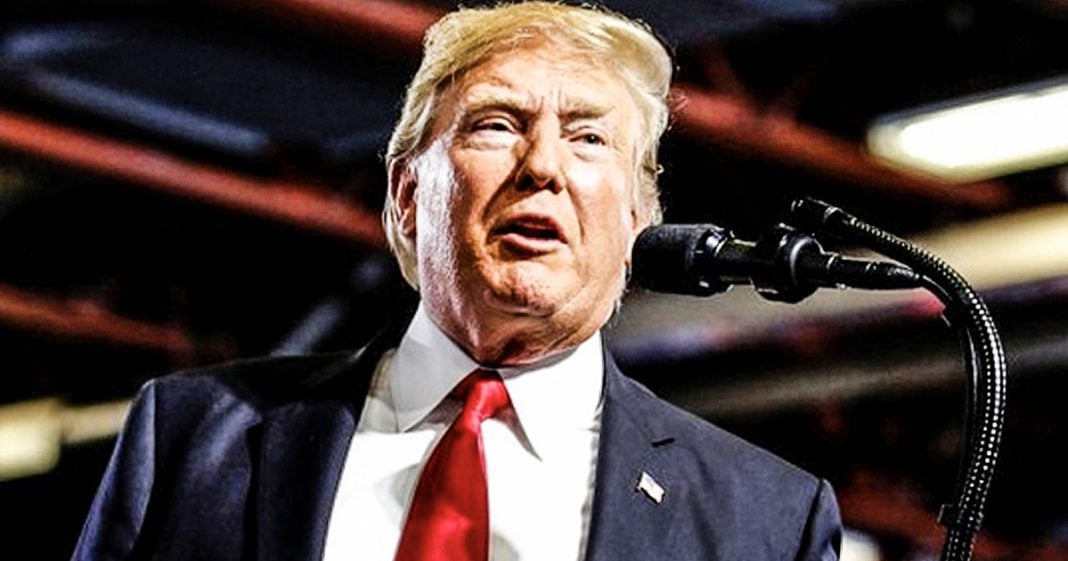 During his recent MAGA rally in Montana, Donald Trump once again leveled some pretty significant insults at the members of the press in the room, specifically calling them out and referring to them as “really bad people.” This is the kind of language that provokes unhinged MAGAts into terrorizing news rooms, but Trump doesn’t care. Ring of Fire’s Farron Cousins discusses this.

At Donald Trump’s recent rally in Montana, he said something that absolutely shocked me and I know it’s hard to be shocked in the age of Trump. Everything he says is awful, everything he does is horrible and he’s always trying to one-up himself, but this particular line that he uttered really just left me speechless.

This is what he said. He attacked the press, the media, the journalists that were in that room to just cover the rally, showed no political bias one way or another, they were just there for publications because they had to be, it’s part of their job and he once again points them out and says, “These are really bad people. They’re downright dishonest.”

That is how he referred to the members of the press in that room. Now, as you’ll recall, the last time Donald Trump singled out the press during one of his rallies and called them dishonest, called them bad people, said they were what’s wrong with America, four days later, an idiot, a psychopath enters a news room and starts shooting people. Does anybody have their timers on right now? Are you marking your calendars? Because this shit is getting predictable at this point.

This is what this man does. He incites this kind of violence that leads to the death of American citizens. This has to stop. There is no way that we, as a public, can allow this to continue because it’s not just the fact that he’s crapping all over the first amendment, which is what he’s doing, it’s the fact that he’s getting people killed. I know that that gunman from a week ago, he had a prior agenda with a capital gazette. I understand that. I know his back story, but he was empowered to take action by Donald Trump and people just like him, like Dana Loesch, Milo Yiannopoulos.

Here Trump is a week after that tragedy, a week, once again pointing to the press and saying, “These are really bad people.” Why? Because they report the truth about what his administration is doing and how horrible they are. They are the ones who go out there and take the polls that reveal that most of the normal people in this country don’t actually like Donald Trump. They don’t support stripping children from their parents and putting them in baby jails. They don’t support the endless destruction of the environment that we have seen under this administration and most of them actually want things like universal healthcare and debt free college.

They want teachers to be treated with respect. They want something done about the fact that law enforcement officers are mowing down black people for no other reason other than the color of their skin. That is what they want, but Trump wants to attack the media because they have the audacity to talk about his fragile little ego and report the truth about what’s happening in this country and for Trump that doesn’t fit in with his alternative version of reality. This man is a danger. This man is a threat. This man is mentally unstable and this man needs to be removed from office immediately.