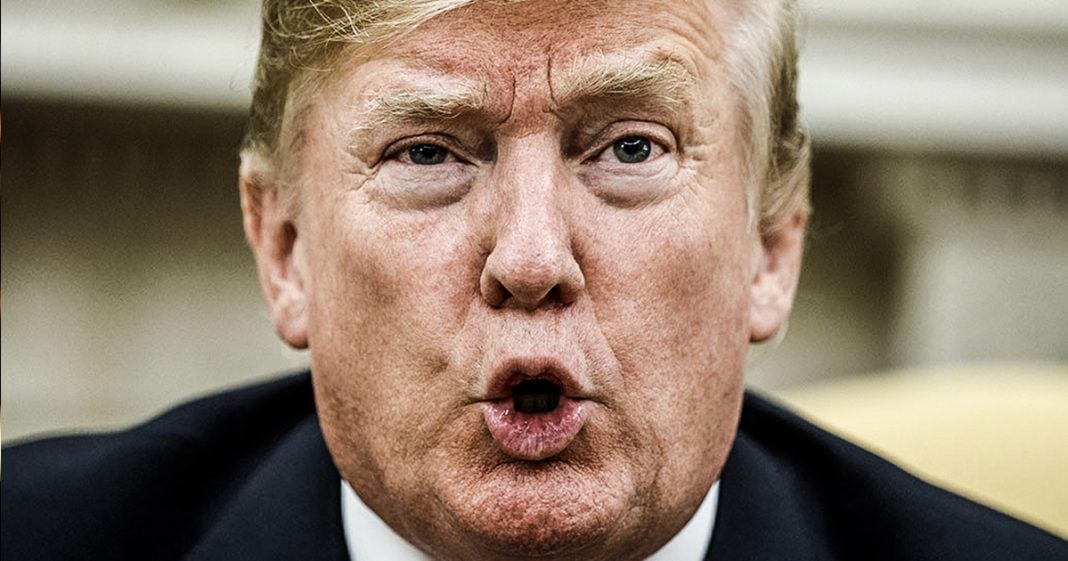 Donald Trump is the epitome of a hypocrite – saying one thing and then always doing the other. For example, his lavish South Florida resort Mar-a-Lago recently filed an application to allow them to hire an additional 40 foreign guest workers because they allegedly can’t find Americans willing to work there. Trump’s cult followers need to understand what’s actually happening, as Ring of Fire’s Farron Cousins explains.

Donald Trump, the immigrant-hating President of the United States, his summer or, excuse me, winter White House … Whatever he wanted to call it. I forget at this point, because I honest-to-God don’t care.

Now, this happens at the same time that Donald Trump is out there, telling us that immigrants are what’s wrong with this country. He’s come up with plans to actually strip actual U.S. citizens of their citizenship, so that he can send them off to other countries.

He’s ending the program by which foreigners can come into the United States, serve in our military, risk their lives to protect this country, and then they become citizens. He’s ending that, because he hates immigrants so much. But when he finds out that he can actually make more money by hiring foreign labor, he is all for it.

Let’s be 100% honest here: there’s absolutely nothing whatsoever wrong with bringing in foreign guest workers. That’s great. That’s what we should be doing, in some instances, in some industries that need the extra workers that Americans just refuse to do, or they can’t do, or whatever it is.

We need them to come here and work, to help keep things running in this country. But the problem is, you can’t go out there, tell us how evil every single immigrant is, but then, when our backs are turned, go over and say, “Hey, I need a lot more of those immigrants. You got any more lying around? I need some staff in Mar-a-Lago, I need some in the winery, I need some in the golf club. Ah, what you got?”

You can’t have it both ways, Mr. Trump., and here’s the thing: I don’t think you actually hate immigrants. And that probably stings to hear, doesn’t it, MAGA-heads? But that’s the truth. Trump has no problem with immigrants, because he sees them as a means to an end, as a true psychopath does with human beings. That is how psychopaths view people: as a means to an end. They are tools.

In this case, foreign guest workers are tools for Donald Trump to make more profit. He pays them less, he doesn’t give them any benefits, he gets more money. End of story.

And he has to continue it. So, he’s going to go out there publicly, continue to attack immigrants, tell us that all of them are MS-13, and that a vote for Democrats is a vote for MS-13. And as soon as he thinks people aren’t paying attention, he’s going to be back to filling out those applications for more guest workers, because those are the easiest people for the Trump Organization to take advantage of.