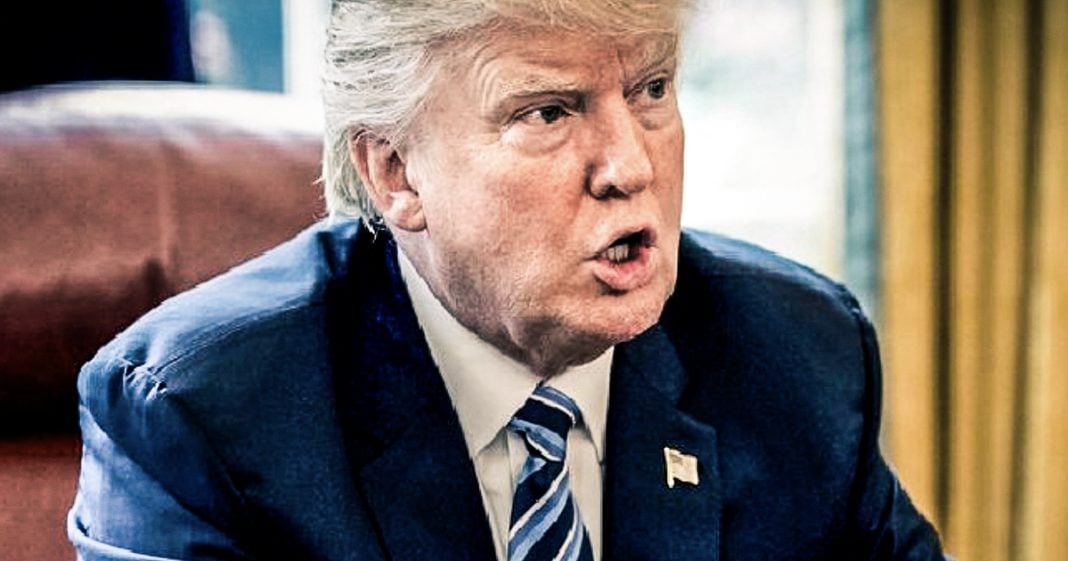 During a disgusting softball interview with Fox News recently, Donald Trump made the absurd claim that his critics are dangerous for this country. Trump is attempting to incite violence once again by claiming that those who don’t blindly follow him are a threat. Ring of Fire’s Farron Cousins discusses this.

In a really bizarre interview that happened this past weekend, Donald Trump told Fox News host Maria Bartiromo that his critics, the people out there not being nice to him are a threat to this country. Now, specifically to give you a little bit of context to what he was talking about, he was referring to all of the alleged incivility coming from Democrats and the progressive left in this country. Incivility that incidentally doesn’t actually exist. He continuously points to Maxine Waters as somebody who’s attempting to incite violence even though she has never called for violence against conservatives. But nonetheless Fox News gave the president this ridiculously softball interview to give him the opportunity to attack his critics and then claim that they were the ones who are a threat to this country.

Let me just throw this out here. Donald Trump is the person who’s a threat to this country and that’s not a crazy statement. I know lots of people say that. But listen, here’s the reason. His economic policies, his tariffs, his trade wars are absolutely killing our economy. We’re going to continue to lose jobs. We’re going to continue to lose businesses. We’re going to continue to lose economic activity revenue all because Trump wants to bully other countries for no apparent reason whatsoever. His Supreme Court pick is going to further diminish the rights of consumers in this country as we have already seen Neil Gorsuch do at every possible turn. He has voted in favor of gerrymandering, voted in favor of restricting the right of people to vote, voted with corporations against consumers. That is a threat to our country.

Hell, just a week ago, we learned that the Trump administration is out there lying to the UN saying that extreme poverty in the United States doesn’t even exist, so they’re denying the existence of 18 and a half million Americans who make less than 5, $6 a day trying to survive on that, making under whatever ridiculously low amount of money it is each year to where they’re not even in poverty, it’s extreme poverty and the Trump administration is telling us they don’t exist. That’s a threat to our country.

Telling people that a certain group of people classified by the country they come from are coming over here to kill you or rape you, that is a threat to our country. Snatching children from their parents and locking them in cages, that is a threat to our country. It’s not the critics. It’s not the people trying to hold you accountable. It’s not the people being mean to you on Twitter. They’re not threats to this country, Mr. President. Right now the biggest threat that the United States faces is coming from you.