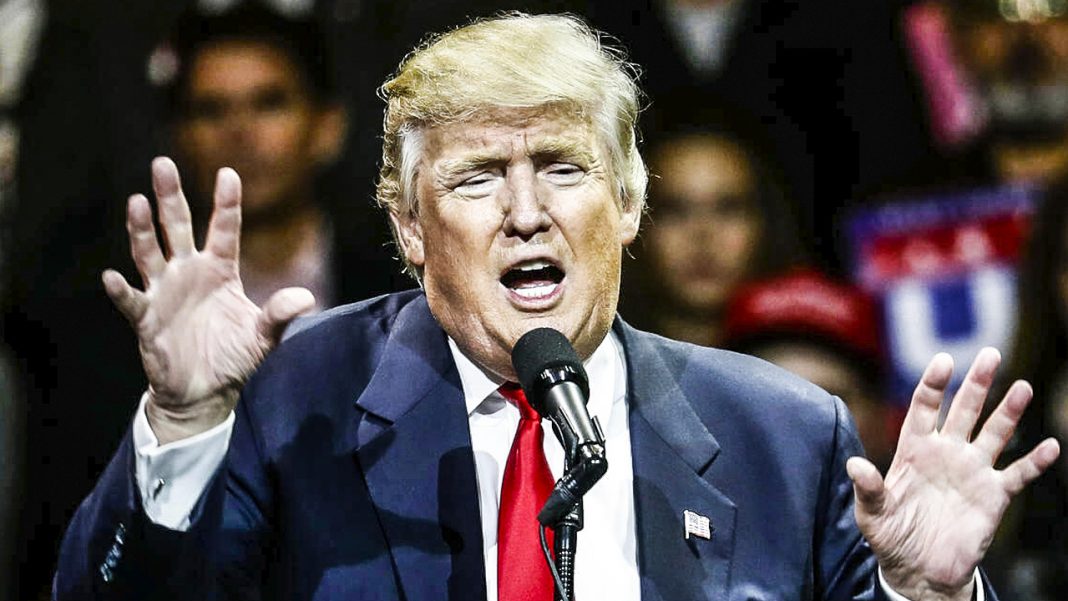 Just six months after the trillion dollar corporate tax cut package went into effect, Donald Trump and his Republican friends in the House of Representatives say that they are preparing ANOTHER round of tax cuts for corporations. The wealthy elite have never had it better than they do right now, and the Republicans STILL think that isn’t good enough. Ring of Fire’s Farron Cousins discusses this.

There’s good news this week for all of those struggling millionaires, and billionaires, and corporate CEOs who are fighting to keep their head above water. Donald Trump mentioned this past weekend that he and House Republicans were already considering another round of corporate tax breaks because they don’t feel like the initial round passed just six months ago was generous enough for these poor, struggling billionaires in the United States. So their plan, after already knocking the corporate tax rate from 35% to 21%, is to go ahead and knock that corporate tax rate down to about 20%, if they can’t go ahead and put it all the way down to 15% which is what they wanted in the initial package but didn’t get it so that’s still on the table, but nonetheless what they want to do is make sure that these poor, poor millionaires and billionaires get a little bit more money back. You know, not just so that they can do better and contribute more money to Republican campaigns but because this is going to benefit most of the people, not only in the House but also Donald Trump himself. They want that money. Trump is using the office of the Presidency to give himself more money by pressuring the Republicans in Congress to pass this additional tax cut.

Another reason is because Republicans understand they’ve got a massive uphill battle ahead of them, as we approach the midterms a lot of them in danger of losing their seats, so they think that maybe if we give corporations a little bit more money maybe they can throw some more at us and we can win and not lose the House this November, even though corporate money is not everything. Yes, in the past the person who spends the most money typically wins the election, not always the case but it is the most of the time, but American workers in this country understand that they didn’t get anything from this tax cut. The corporation that they’re working for did not give them a raise. It did not give them a bonus. It didn’t give them better benefits. They know that now. Approval for this tax cut that was passed back at the end of December is already falling, it’s plummeting. About a third of the country at this point supports it, and again that number continues to go down, two months ago it was half the country supported it.

Imagine how far that’s going to plummet once we hit November. And now here are these idiot, brain dead Republicans saying “You know what would be great? Let’s give corporations another tax cut, continue to screw over American workers, because that’s certainly going to win us the midterms this year.” These people are so painfully ignorant that it terrifies me that they’re the ones running this country and making the policies. They don’t know what they’re doing, they don’t know how to do it, all they know is that they want to try to do everything possible to hand over everything they can to corporations, because for some reason they think that while screwing over the people these corporations will eventually be able to bail them out. In the past that may have worked, but with the anger growing in this country today if you cut taxes again for corporations after doing it six months ago, I can promise you that is not enough to save you at the ballot box this year.