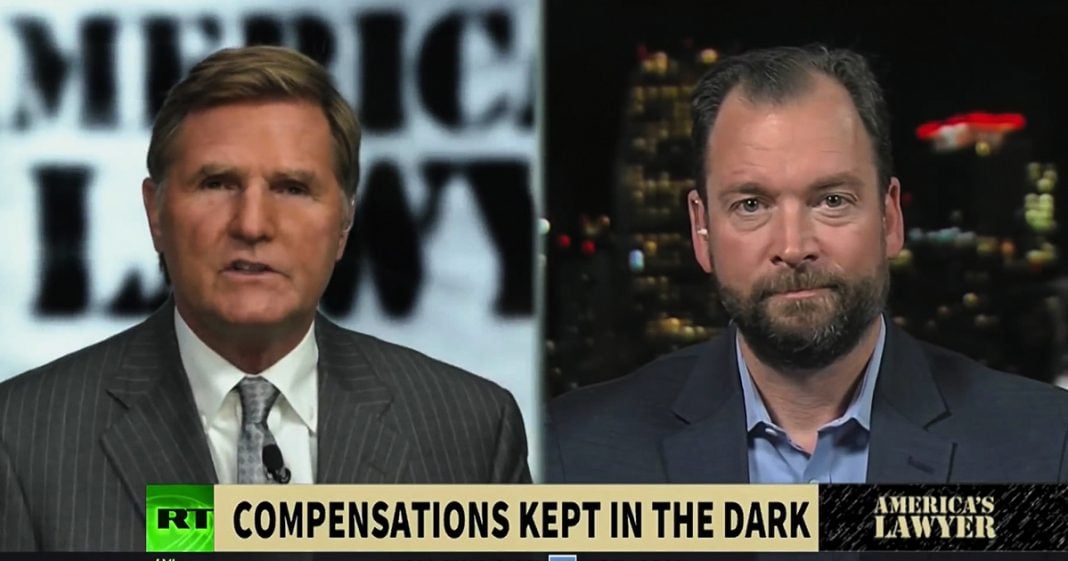 Via America’s Lawyer: Mike Papantonio is joined by Top Class Actions CEO, Scott Hardy, to tell viewers about settlements that probably mean they are entitled to financial compensation they never knew about.

To learn more about this topic, visit TopClassActions.com

Mike Papantonio: There are thousands of people in this country that have taken defective drugs or have purchased defective products that have been recalled. Unfortunately, there’s no way for them to know that. What’s even worse is that many of these consumers don’t realize that they’re also eligible for settlement money because of that class action where a settlement’s already been worked out. But one group, fortunately, they’re trying to challenge all of that and change all that by educating consumers about their rights. I have Scott Hardy, the president and CEO of Top Class Actions with me now to tell us what this group is doing. Scott, tell us what Top Class Action is, and how is it that they get this word out to the consumer. Tell us why you started this program.

Scott Hardy: Thanks Pap, I started Top Class Actions 10 years ago because I knew that there were of these settlements out there that the average person wasn’t aware of. So what Top Class Actions does, is we cover dozens, and dozens, and dozens of settlements every single month that the average consumer may be eligible to submit a claim for. The great thing about these class actions is that most of them don’t require any proof of purchase or any kind of receipts to submit a claim. So all you have to do is you go to topclassactions.com, you sign up for our free newsletter, and then every week you get an email from me and my team talking about the latest lawsuits and settlements that you may be eligible to participate in. So right now we have more than a million people-

Mike Papantonio: Okay, so this is-

Scott Hardy: … a month who come to us.

Mike Papantonio: Wow, so this is something, where again, people read the newspaper. They say, “Okay, this class action has settled.” Maybe they don’t even have a sense for how it’s settled, what it settled for. The problem is that the corporation, typically, that’s involved in that process is, they’ve done the bad thing. They’ve stolen money. They’ve made a product that’s killing people. They really don’t want to give that information out. It’s not like they do an advertisement says, “Hey, we got a bad product. We made a bad move here. We want you to be paid for the harm.” That’s not out there, and the frustrating thing for consumers is how do you find that. So Top Class Actions, which is the program that you put together, can somebody go today to that program and find out what might have been settled two, three years ago? Is it that progressive in the way it’s handled?

Scott Hardy: Yes absolutely. You can go to topclassactions.com right now. Click on the Open Settlements tab, and start browsing through. We’ve got, gosh, dozens and dozens of open settlements right now that are eligible for buyers and consumers to submit claims for. Most of these settlements, it will just take you 30 to 40 seconds-

Mike Papantonio: Yeah. How is it possible that people, and again, I hate to see these corporations get away with what they get away from. They don’t tell people that there’s been a settlement so the average consumer out there, unless they go to something like topclassactions.com, they have no way of knowing these facts. How is it possible, and I’m interested in your take on this, how is it possible that people that could be harmed might not be aware that there’s been a settlement. Is that a common kind of problem that you see out there, where there’s a product on the market, it’s caused death, injury, and the people who, the consumer using it might not even know that? Is that something that you find is a common problem?

Scott Hardy: Yes, we actually see that all the time because the defendants in these class action lawsuits, they don’t want anyone to know about the allegations. Of course, when these settlements are reached, remember that there’s no admission of guilt, but these large corporations are going ahead and settling these cases just to kind of take the spotlight off them. But they also don’t want people to know about the claims process for the most part. Even though there is a court-ordered notification process, a lot of times that’s minimal. So the only way someone will find out about it is by going to our website and actually clicking through.

Mike Papantonio: So what we have is, we have a process to where the judge says the settlement takes place. The company says, “Yes, we did something wrong. Yes we made a product that killed people or crippled people,” and the problem is, unless the consumer public knows that there’s still a product that might be on the market that kills and cripples, they don’t have a way of finding that because corporate media, as we talk about so often on this, very rarely lets people know what’s really going on with a defective product, with Wall Street scamming mom and pop organizations, with a company like DuPont completely obliterating an entire ecosystem. The corporate media doesn’t do that. This steps into that and this tells people, if I follow you correctly, this steps into it and says, “Look, you might want to know that this product you think is safe is not safe. As a matter of fact, there’s already been a settlement, and as a matter of fact, you might be entitled to compensation from that. Scott, thank you for joining me.