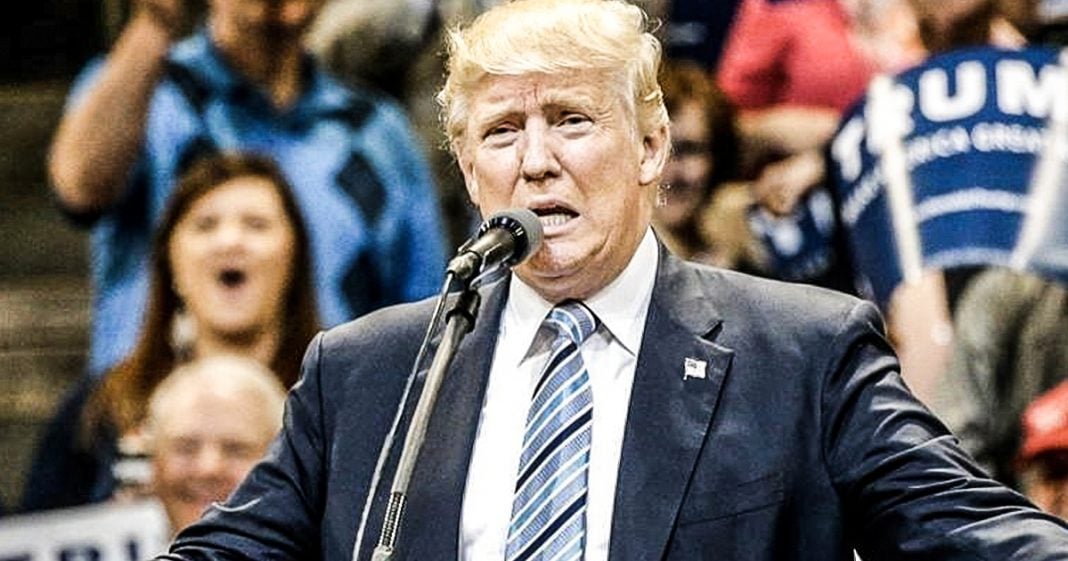 The Trump administration is taking a page out of the Red Scare playbook, and he’s created a Denaturalization Task Force. This task force will be in charge of finding naturalized citizens in the US and actually STRIPPING them of their US citizenship. The last time this was done by the federal government was when Joseph McCarthy led the Red Scare, but Trump liked that so much he decided to copy those techniques. Ring of Fire’s Farron Cousins discusses this.

You know one of the things that I’ve learned from the Trump administration is that you should never ever think that well, things can’t get any worse, because Donald Trump will always do whatever it takes to prove to you that he’s going to continue to make things worse. On July 5th, the day after the 4th of July, where everybody’s celebrating how great America is, it was revealed that not only is the Trump administration trying to end a program by which immigrants can come into the United States, serve in our armed forces, protecting our country, and then they get citizenship. He’s trying to end that because no reason really, but he’s also created several weeks ago a de-naturalization task force here in the United States.

That is what this about. 100%. Because you can’t sit there and say, as Trump has done so many times, we only want the people who come here legally, but then take the people who came here legally and strip them of their citizenship and send them back. We have passed that. That talking point that all Republicans have been throwing out recently was just proven to be a big pile of crap. They don’t believe that. They don’t want them here if they came here legally, illegally, as a child. It doesn’t matter. They want them gone.

If you’re not a white well to do dude, guess what? You’re on the chopping block right now. It doesn’t matter if you have followed the law your entire life, no matter where you came from. You came here, you got your citizenship papers. You stand up every time you hear the pledge of allegiance, you wrap yourself in the American flag. Oh well. Not good enough for the Trump administration because your skin color, your culture doesn’t match what they want to see when they walk down the street. That’s what this is about. This isn’t about people coming here legally or illegally. It’s about the color of their skin and the culture that they came from.