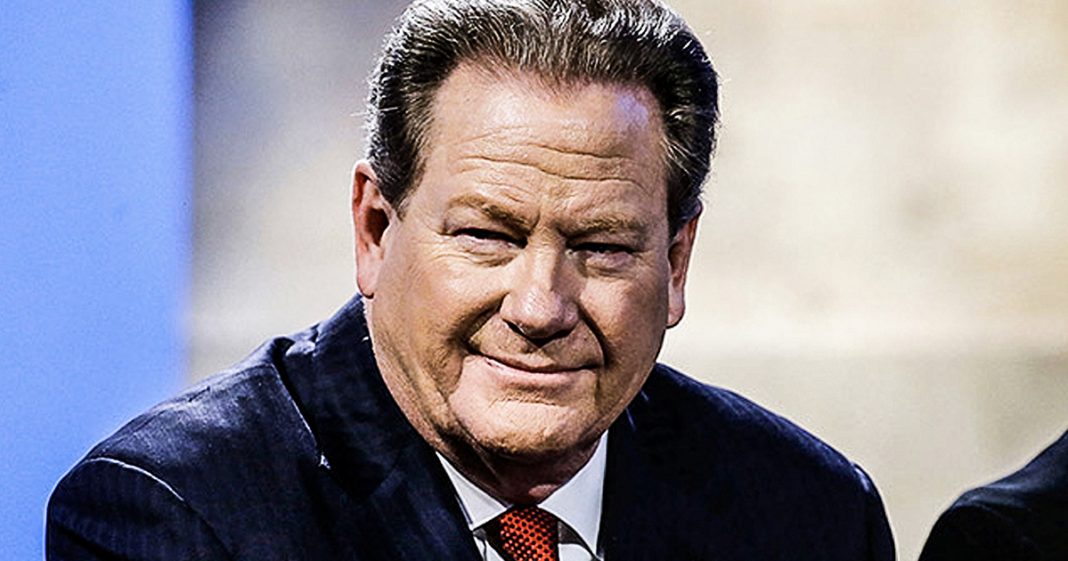 Progressive media host Ed Schultz sadly passed away on July 5th, 2018, and his passing creates a hole in the progressive community that will be felt for years to come. Ed was a true progressive hero, always standing up for American workers, even after the cameras stopped rolling. His loss has saddened us all, and our thoughts and prayers are with his family always.

The progressive world was saddened recently to learn of the passing of Ed Schultz the morning of July 5th, 2018. Ed had been a longtime friend of us here at Ring of Fire and a very close and personal friend with Mike Papantonio especially. More than just being a friend, more than just being somebody who was there if we ever needed a person, Ed was a friend to every American worker. That was what he built his entire career on. From his time as a local host of a radio station in Fargo to his MSNBC show and finally at his RT America TV show, Ed never stopped fighting for American workers.

John Nichols with The Nation has been sharing a ton of stories on Twitter since the news broke about how often Ed Schultz would show up in Madison, Wisconsin, especially during the Scott Walker recall election. Ed was out there in the streets with people in the freezing cold talking to them throughout the night, after cameras stopped rolling. Getting their stories. Telling them that they had an ally in the national media. That was the Ed Schultz that too few people got to see. It wasn’t just about the optics, it was because he actually cared.

There are too few people in the media today willing to do what Ed Schultz was willing to do every single day. His voice is going to be missed. His passion is going to be missed. His passing has created a hole that almost can’t be filled at this point. Ed had been around for more than a decade doing this, giving a voice to the voiceless, fighting back on issues that few people were willing to even touch in the national media at the time. TPP, Keystone XL, the BP oil spill … I can’t tell you how many times Ed Schultz called us to get Mike Papantonio to come on his radio show and then his MSNBC show to talk about the latest developments with the BP oil spill when that was happening.

Then several years later, Ed was the only one, the only one in the national media to come back down here to talk to people along the Gulf Coast a few years after the spill to find out what effects it had on their lives. Everybody else had moved on from the story years ago, but Ed kept on it because it affected American workers. It affected the environment. Ed actually cared.

On the political side, the political issues, nobody could match Ed’s voice, his ferocity, and his just overwhelming intelligence on what was happening in this country. We’ve gone through tons of clips but this one right here really captures the essence of what Ed Schultz was all about. Take a look.

Ed Schultz:
These are reverses after Bernie got into the race, and you know that. How come Hillary Clinton isn’t picking up the phone and talking to these senators saying, “No, you can’t because I’m going to make a point here.” If Hillary Clinton is against the Trans-Pacific Partnership, why isn’t she lobbying against it in the United States senate? Why doesn’t she pick up all the phones and call these people in the Senate who are endorsing her, and say, “You know what? We have to defeat TPP. This is bad for American jobs.” She’s not doing that. The only reason why she’s against it is because Bernie’s against it.

I’ll end with this. Ed Schultz was a very good friend to us here at Ring of Fire. He was a good friend to American workers, and he was one of the very few people in the media willing to go out there and do whatever it took not to get a story but to let the people in the story know that they had a friend who was willing to fight for them. We’ll miss you, Ed.