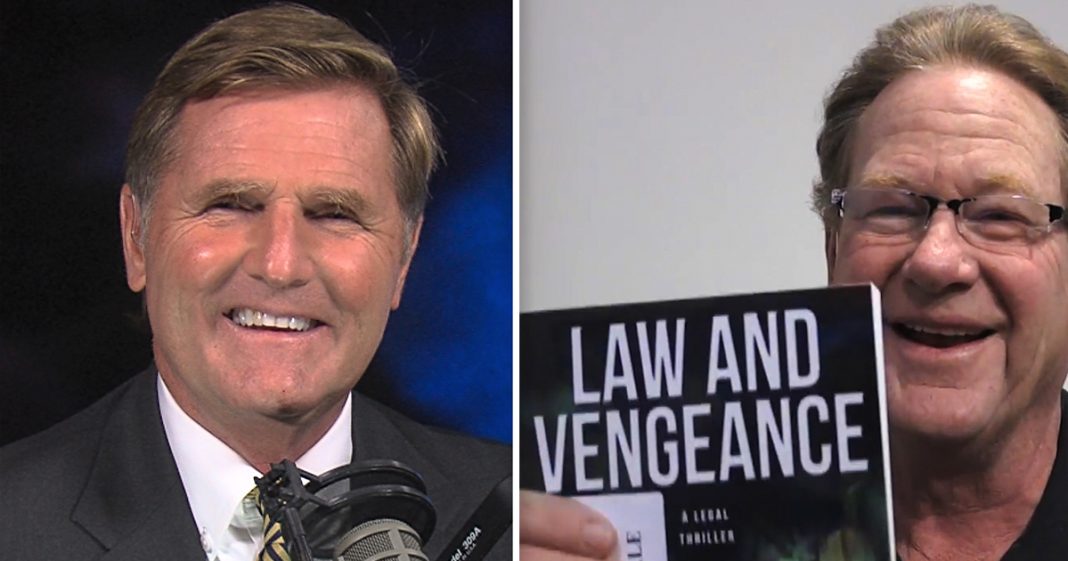 Ed Schultz: I’m holding up in front of the camera your latest book, Law and Vengeance. I don’t know where you get time to do all of this. You’ve got the biggest cases in the country, you’re writing books, you’re doing TV shows, you’re doing radio shows. I don’t know. Do you ever sleep? I mean, I sleep. I will tell you, I used to not sleep, but I do now.

Mike Papantonio: I know you a little better than that. I don’t work as hard as you do. Let me put it like that.

Ed Schultz: I don’t work as hard as I used to. I’ll admit it. I mean, I was a firewall dude there for many years, but I just like the gig I got right now. It’s like you’re pumping out a book every two weeks. The latest one is Law and Vengeance. Tell us about it.

Mike Papantonio: Yeah, it’s a true story that’s been fictionalized, just like the first book. The first book sold really well, I think because they’re stories that simply aren’t told. Corporate media will not tell these stories. They will not tell this story. Law and Vengeance is a story about a weapons manufacturer that had a government contract with a product that was completely defective, actually did end up killing people. It’s a case that we actually handled. The government covers it up. The company covers it up. Department of Justice covers it up. Nobody takes action on it. We actually handled the case.

These books kind of write themselves because they’re true stories. They’re fictionalized. Some of the characters are completely fictional, some of the events are completely fictional, but the underlying story are stories that you will not hear on corporate America. You can’t get them to talk about it. My hope for this series of books … This is the second book in a series of four books, Ed. My hope is a reader comes away thoroughly entertained and, at the same time, they learn something about what’s happening around them in their lives that corporate media’s not telling, the government sure as heck isn’t telling them, and they have no reason to know about until they sit down, maybe lay on the beach, and read a book like this. That’s kind of the goal of this whole series. It’s called the Law Series.

Reviews on this one have been very good. Publishers Weekly handled it. Very, very kind to it. I’m very optimistic about this book. I hope people will read it because it’ll tell them a story. It’ll tell them several stories that they simply don’t know about the Department of Justice, for example, how dysfunctional that’s become about the weapons industry, about how whistleblowers are victimized, about how we’re really at the edge of corruption almost every day and we’ve got a Department of Justice that does very little other than to fine people a couple of hundred million dollars, slap them on the wrist, and say go do it again.

Ed Schultz: Okay. Leading trial lawyer and television host of America’s Lawyer on RT America, Mike Papantonio, Ring of Fire Radio host, a man of many talents. Law and Vengeance by Mike Papantonio. Pap, always great to visit. We’ll do it again. Thanks a lot.