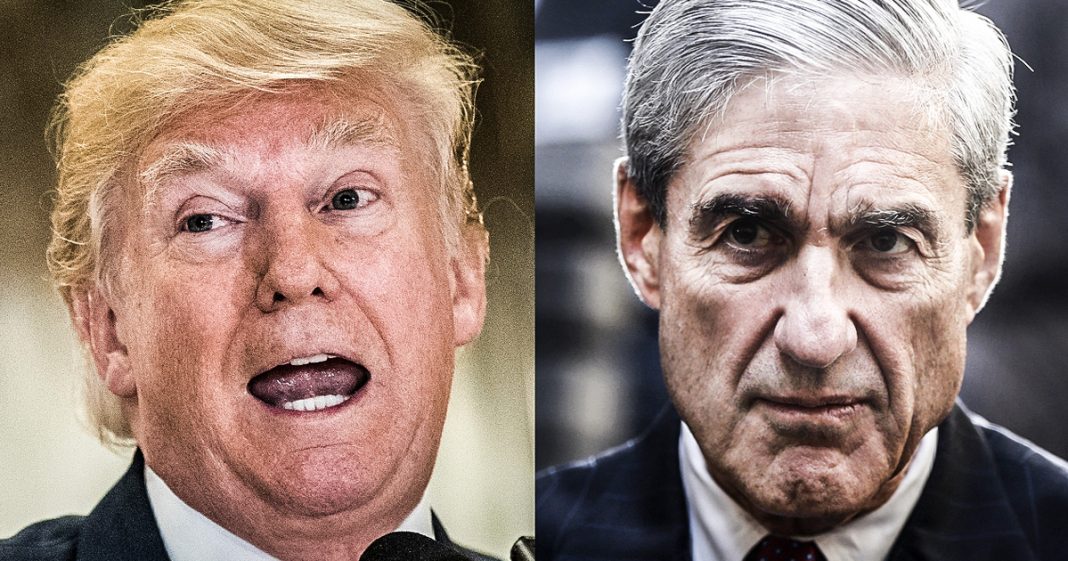 Special Prosecutor Robert Mueller is in the process of hiring even more prosecutors for his probe into the Trump campaign and administration, a move which indicates that there are A LOT more indictments headed down the pipeline. Could this move by Mueller help explain Trump’s increasingly erratic and unhinged behavior? Ring of Fire’s Farron Cousins discusses this.

More prosecutors is indicative of more indictments to come down the road. These indictments may be soon, we may see them in the months leading up to the midterms or, if Mueller wants to try to appease Republicans by not doing it before the midterms, I imagine that in late November, we’re going to see the biggest flurry of indictments and arrests that we have seen so far from this investigation. Now there’s no indication at the moment that any of these prosecutors are being hired to take on Trump himself, but obviously since this investigation revolves around the people Donald Trump hired for his campaign, it’s not sitting well with Donald Trump, and this might help to explain some of his recently increasingly erratic behavior.

Trump has been on the absolute warpath for the last couple of weeks. His tweets are getting more insane, his rallies are becoming more like white-hooded Klan rallies, but nonetheless he’s starting to freak out, because he understands that most of the small fish have been captured out of the pond at this point. Mueller doesn’t have any other small fish to go after, so he’s going after the bigger ones. We know he’s looking into Kushner, we know he’s looking into Trump Junior, we know he’s got his hands on financial records from Russia as well as financial records from Donald Trump himself, and Donald Trump is absolutely freaking out right now. And the fact that Mueller’s decided that he needs even more prosecutors on his team, well that’s not going to bode well for anyone that has ever associated themselves with Donald Trump.