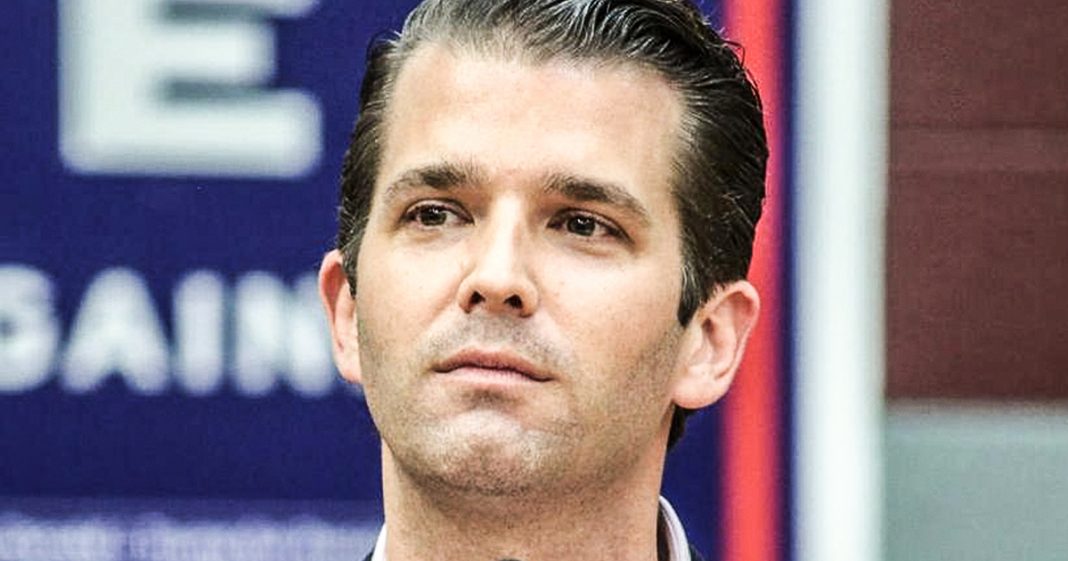 Three of Donald Trump’s closest associates – Michael Cohen, Rudy Giuliani, and Sam Nunberg – have all either refused to answer whether Donald Trump knew about his son’s meeting with Russian lobbyists in Trump Tower, or they have implied that there’s no way he could have NOT known what was happening. This claim is central to the case being built by the special prosecutor, and if his friends aren’t willing to deny that he knew about it then its increasingly likely that Trump was aware of it from day 1. Ring of Fire’s Farron Cousins discusses this.

According to recent reports, we now have three basically high-ranking people within Donald Trump’s inner circle of confidence who have refused to distance Donald Trump from the meeting that took place at Trump Tower between Manafort, Kushner, and Trump Jr. and two Russian lobbyists. Most recently, it was Michael Cohen, who, during his recent interview with George Stephanopoulos, said that he couldn’t answer whether Donald Trump knew about that particular meeting taking place, because his lawyers had advised him not to say anything about it. Now, that actually kind of sounds like something your lawyers would tell you if you had worked out a plea deal with the special prosecutor.

The second person who won’t deny that it happened is Rudy Giuliani, one of Donald Trump’s lawyers who, back in May, admitted that Trump probably just can’t remember whether or not he knew about it, because as Giuliani says, even he wouldn’t remember if he had known about something like that. No. Giuliani, I’m pretty sure if you committed treason, it’s probably something that’s going to stick to your memory, no matter how bad your memory is. Treason seems to be one of those things a person probably isn’t going to forget. Nonetheless, you didn’t outright say it didn’t happen, and you know what Trump had done, because you’re his lawyer.

But the most damning person who knows about this, a person who has already had to testify in front of a grand jury, is Sam Nunberg, a former campaign aide for Donald Trump. Nunberg has actually come out publicly and said, “Yeah. Trump knew about it. He knew about it about a week before, and yet he continues going out there lying about it.” Nunberg also added, “I don’t know why he’s lying. He should just say, ‘Yeah. We met with him. So what? Big deal.'” Nunberg admits Trump knew that this meeting was going to take place, which really seems to be at the heart of the entire Mueller investigation, but he thinks it’s no big deal and Trump should say it’s no big deal. God, I hope he told that to that grand jury when he testified a few months ago, like, “Yeah. He knew about it. He did it, but come on. Come on. Really. What’s the point? Who cares? Right? Let’s all go out and have a few drinks.” Yeah. That’s not how these investigations work, Mr. Nunberg, but again, I really, really hope that you said that to that grand jury.

The bottom line here is that Donald Trump’s friends are no longer outright denying Trump’s knowledge of this specific event, and they haven’t denied his knowledge of other things that have happened during the campaign. Who are these people attempting to defend Donald Trump? How are they so grossly incompetent that they don’t even know that regardless of what you know, you still have to make it sound like it didn’t happen. You’re doing your client so much damage now, and I love it, personally. I love it. I can’t wait for something to take this president down, possibly put him in prison, but at the very least, get him out of the White House. But his lawyer, his buddies, his former lawyer, they are not doing him any favors by telling the press that they’re not going to deny that he knew about this meeting that potentially sets up the entire basis for the collusion investigation.