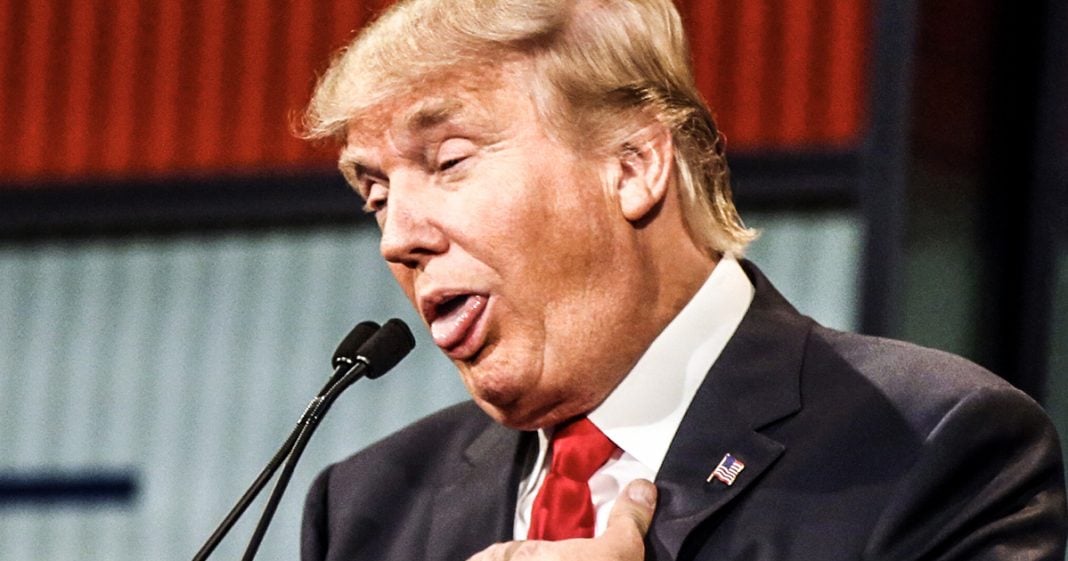 The Trump administration has put together a draft of new rules. The draft of the new rules are collected under what they’ve called the United States Fair and Reciprocal Tariff Act – in other words, Trump wants to enact the FART Act to grant himself new powers over trade and tariffs that rebuke both US and international laws. Trump is drunk with power, and it only seems fitting that his FART Act exposes it. Ring of Fire’s Farron Cousins discusses this.

Something stinks in the Trump Administration, and most people understand what it is.

It’s the FART Act, and I wish to God I was making that up. This past weekend, Axios reported that the White House is drafting an order that is called the United States Fair and Reciprocal Tariff Act, or for short, the FART Act. That is actually what the acronym spells out, and as humorous as that is, because that pretty much seems like a good metaphor for the entire Trump Administration; it’s been the FART Act, but what this piece of … I can’t even call it legislation, because Congress isn’t going to get to vote on it. It’s an order!

What this order does, is it gives the President king-like powers to continue his trade wars indefinitely regardless of U.S laws. It would prevent Congress from being able to do anything about it, and most importantly, it would completely eliminate the boundaries and barriers that had been put in place by international treaties and organizations like the World Trade Organization. This act, the Fart Act, would allow the President to unilaterally create as many tariffs as he wants on any country that he wants, and no one would be allowed to stop him. Not our Congress, not the voters, and not any kind of international organization or treaty designed to protect us and other countries.

This is Donald Trump’s real first step in becoming a dictator here in the United States. I know we’ve talked about that, we’ve heard the language, we’ve seen the attacks on the press. We’ve seen him try to literally wrap himself in a flag, but this order here actually takes that next step that he had not physically taken yet. He’d spoken about it, but he hadn’t done it. He is trying to circumvent the rules of both this country and other countries in order to continue his disastrous trade war. A trade war that nobody in this country or any other country wants to happen.

This is a matter of pride and a matter of ego for Donald Trump at this point. He didn’t understand tariffs and international trade before he came into office. He didn’t understand it when he put these tariffs in place, but now he has gone too far into the deep end, and is too narcicisstic to admit that he doesn’t know how to swim, because that’s what’s happening here. And, in order to not look weak on the international stage and in front of his base here in the U.S, he’s trying to put this FART Act into place so that Congress can’t strip him of this power, because then that would be a … You know, symbolic castration of this administration in this one area.

Donald Trump, I think at this point actually understands how badly he screwed up, but he’s also too crazy to admit that he did, and there is nothing that will stop him from taking this trade war to the absolute extreme. Meanwhile, the tariffs being raised by other countries on U.S goods are essentially nuking our economy. Donald Trump doesn’t care about that. He’s not acknowledging in that. He’s pretending it’s not happening, but that’s what happens in a trade war, especially a trade war that is being run by an absolute dictator wannabe moron like Donald Trump.