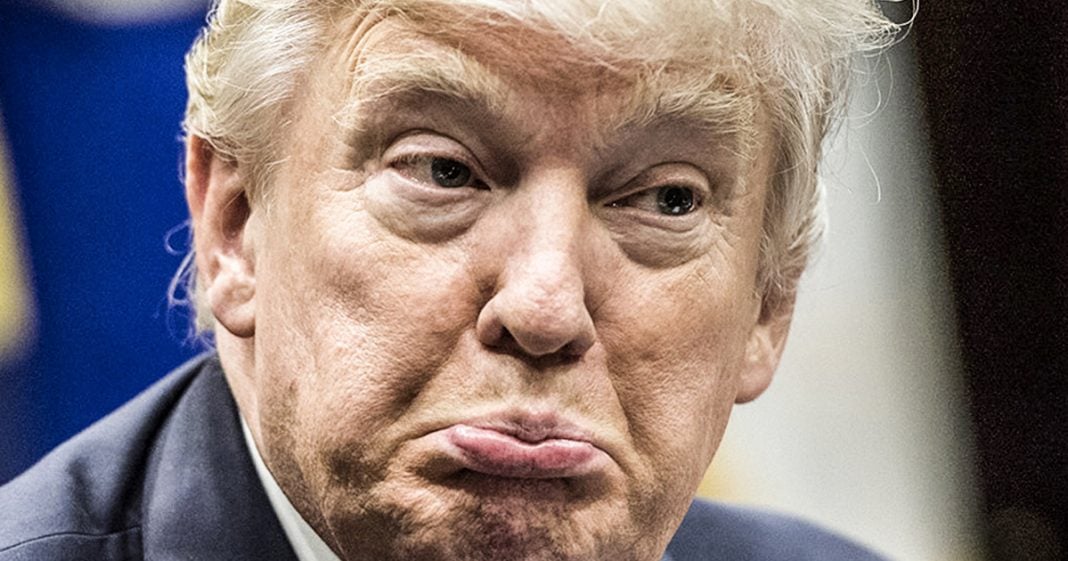 The Trump Foundation will be facing trial before the midterm elections, but that isn’t for a lack of trying on the part of the Trump family. Last week, the judge overseeing the case laughed out loud when asked if the case could be delayed until after the November elections, which is a huge blow to both the Trump family and the entire Republican Party, as Ring of Fire’s Farron Cousins explains.

Last week there was actually a hearing in New York City for Donald Trump’s Trump Foundation, the massive civil suit that they are facing after defrauding their own charity, and skirting the laws, and basically using the charity as a personal piggy bank. Now this suit involves Donald Trump himself, Donald Trump Jr., Ivanka Trump, and Eric Trump. But anyway, during last Tuesday’s hearing, lawyers for the Trump family actually tried to argue that the case, the trial, should be moved back, which is currently set for October, but they didn’t want it to start in October, because they felt it might influence people in this year’s midterm election, so they tried to have it moved till after the midterms take place.

Do you know what the judge’s response to that was? She laughed. She laughed out loud in the courtroom. Not only did she then say like, “I’m not going to move it at all. This thing’s happening in October,” but then she added, “and guess what? I’m probably going to call Donald Trump in to testify.” See, the Trump family is facing a lot of legal problems, not just from Mueller, not just from the IRS investigations, and the FBI investigations, but also from this case here in New York City. Now luckily for the Trump family, at the moment this is just a civil suit. There are no criminal charges filed for basically using their charity to defraud everyone. That is illegal and the case has been referred for possible criminal prosecution, but as of right now the New York attorney general is only seeking the money back that the charity basically stole and used for their own personal wellbeing.

Again, this involves every member of the Trump family that’s worth anything at the moment, Trump himself, Jr., Ivanka, Eric. They’re all in this together, because they all work together to make sure that this charity was their own personal piggy bank, but back to the big issue here. The fact that this judge laughed when this guy, the Trump lawyer, tried to get the case pushed back so as not to interfere with the midterms. This presents a very real problem for not just the Trump family, but for the entire Republican Party.

In fact, the judge actually told the Trump children, “You guys need to go ahead and take a deal that’s being offered where you admit to wrongdoing and you don’t serve on the board of a charity in New York for the next year.” She’s telling them you need to do that, because as this goes forward, as more of this comes out, it’s not going to work out well for you, and the judge said, “I’m probably going to go ahead and make a ruling that you can’t serve on a charity for a year anyway,” so why not just take this wonderful offer, pay back the money, which is basically an admission of wrongdoing, and don’t be on another charity board.

But they’re not doing it, because they’re stubborn, and let’s be honest, they’re pretty stupid. This judge is handing them everything to make it easier for them so as not to influence the midterms, but the Trump family’s arrogance and stupidity is preventing them from taking this very generous offer. They’re going to let it go to trial. They’re going to be involved in this civil suit, and everyone in this country is going to see just how disgusting, deceitful, and dare I say deplorable, every member of that Trump family truly is.