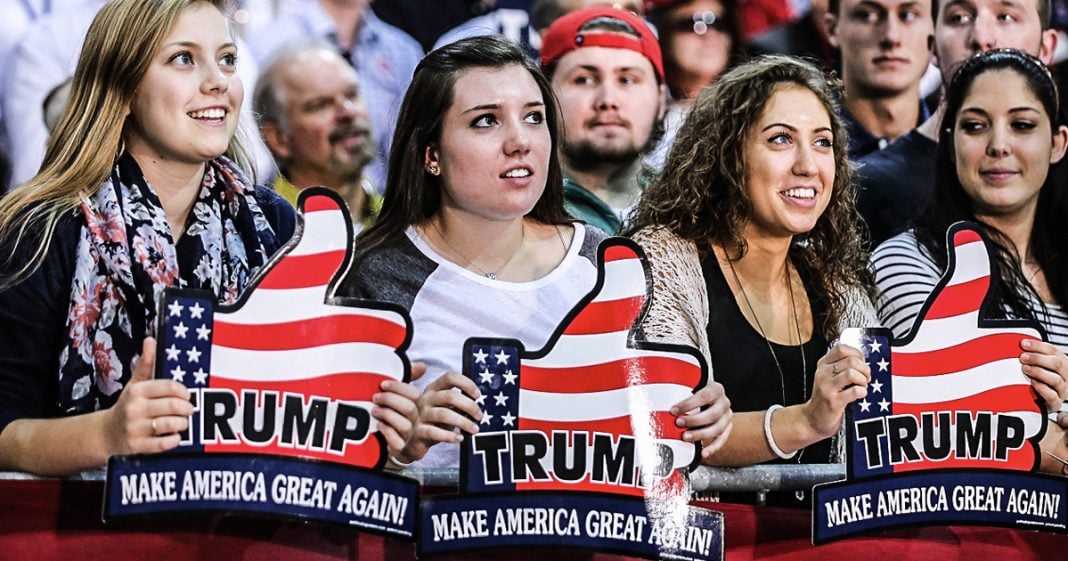 According to the latest round of polling, nearly ALL Republicans in this country believe that the media is INTENTIONALLY spreading fake news because it fits into their agenda. This is a dangerous finding, especially in light of the incident earlier this week, and overall trust in the media seems to be falling (though still higher than the public’s trust in Trump.) Ring of Fire’s Farron Cousins discusses this.

Here’s actually what’s even scarier about this, they’re right. These Republicans are right, the media does intentionally push fake news stories but these Republicans who say they’re pushing fake news stories, they are right for the wrong reasons, because these Republican morons believe that the media’s out there pushing anti-Trump stories that are completely fabricated. When in reality, those stories are completely factual. The fake news propaganda being pushed by media outlets is coming from Fox News, which most of these Republicans watch. So of course they would believe that everything that’s not Fox News would be fake because just a week and a half ago, Tucker Carlson literally told them that on his program.

I believe it was last Friday evening, Tucker Carlson said, “Anything you see or hear on another media outlet, go ahead and assume it’s fake.” If this poll is accurate, I guess Republicans took that for what it’s worth. They said, “Okay Mr. Tucker, we’re mindless sheep, we’ll go ahead and say that everything that’s not from you or other people on Fox News is 100% fake.” But that’s not how it works.

The other part of the fake news story are the right wing websites. Breitbart, Daily Caller, Daily Signal, Daily whatever the fuck they want to call themselves this day, but that’s the fake news. We also can’t forget the real fake news wrapped up as actual reporting coming from Sinclair Broadcasting, which reaches 72% of American households. Those networks owned by Sinclair are being force fed pro-Trump propaganda, pro-Sarah Huckabee Sanders propaganda and they’re forced to run it. They don’t have a say in it, they’re being handed scripts that they have to read to support this administration.

So yeah, you know what? We do have a very real fake news, fake story, fake reporter problem in this country, but it’s not the one that these Republicans think we have. We have a problem with things like Fox News and Breitbart and Info Wars and Sinclair Broadcasting. We don’t have a fake news problem with these outlets that are reporting on the atrocities being committed by the Donald Trump administration. Those are accurate, Fox is not, but good luck explaining that to 92% of Republicans in this country.