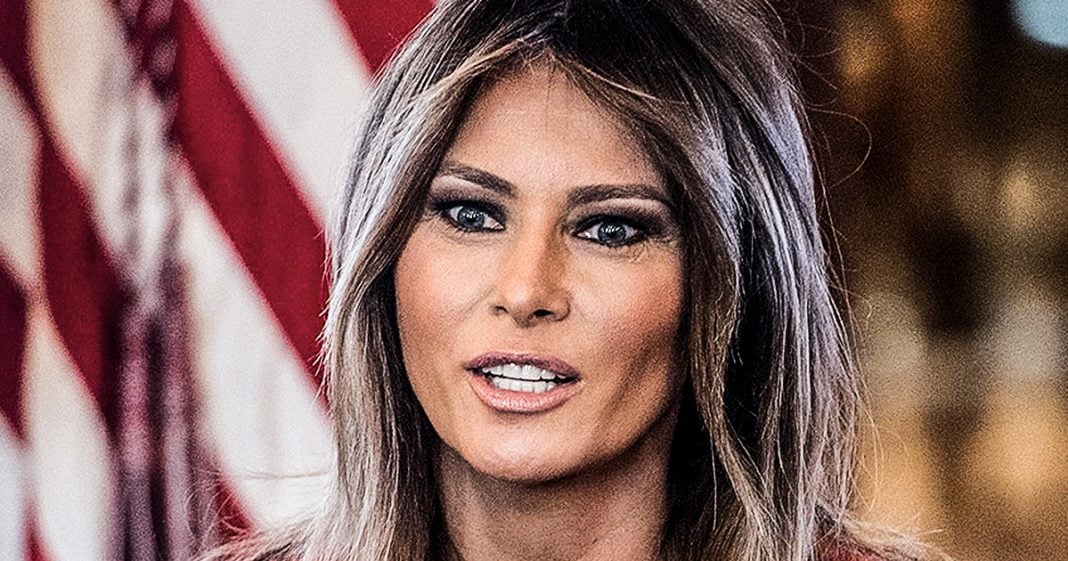 According to recently-released filings, Melania Trump made a sweetheart deal with Getty Images that netted her $100,000 last year. The deal was that the agency was allowed to use images captured of the First Family over the last few years, but ONLY if they were used in positive stories. The Trump’s don’t hate the media – they just hate the media that they can’t boss around, as Ring of Fire’s Farron Cousins explains.

A recent report has revealed that Melania Trump actually worked out some kind of sweetheart deal with Getty Images to pay her an exorbitant amount of money to sell photos take of her family between the years 2010 and 2016 to media outlets. But only – And this is the interesting part – but only if they were used for positive stories. So Melania Trump worked out this little sweetheart deal with Getty Images, who then sold these images for networks to use during their coverages, for magazines to use, newspapers, and it ended up netting Melania Trump, last year, more than $100,000.

Now here’s the thing: it could have gotten her as much as $1 million. We don’t know about that because on the financial disclosure forms, they only have to report a range of what she made from that specific deal she had. And the range is from $100,000 to $1 million. So again, we don’t know how much they’ve made because the White House refused to give us any kind of clarity on it. Getty Images has refused to give the media any clarity on how much they paid her. But we do know that she was willing to sign this contract to let Getty use these images that they had take, but only if they were used in positive media stories.

Now what’s even worse is that media outlets paid this ransom fee. They ran the positive stories so that they could use the pictures, and then that money goes to Getty, which then goes to Melania Trump. That is absolutely appalling. Especially considering the fact that now that they’re public officials, you could go there, send a dude with a camera, take a couple of quick shots of them, and then use that. You don’t need to pay the exorbitant fees for these Getty Images just because you think they look better. And then you’re not beholden to report only positive stories about Melania and Donald; you can say whatever the hell you want. They’re public figures, which means they’re out in public quite a bit. It’s pretty easy to get a picture of them at this point. There’s no need to continue paying money for this to give an already wealthy woman and her disgusting husband even more money. But that’s what they’re in it for. Not only do they want to make more money, but they want to control what the media says about them, and that is exactly what Melania Trump’s little sweetheart deal here was all about.