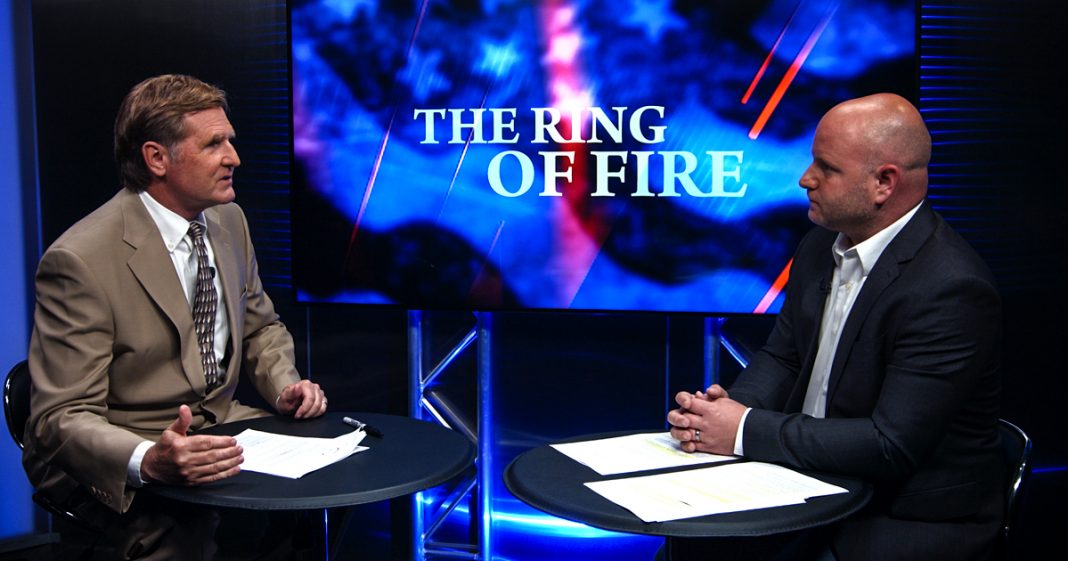 With the recent announcement of Justice Anthony Kennedy’s forthcoming retirement, the future of the SCOTUS has been brought into absolute disarray. Ring of Fire’s Mike Papantonio and Farron Cousins discuss this.

Mike Papantonio: The Supreme Court Justice, Anthony Kennedy announced his retirement this week paving the way for a Republican super majority of the court. That’s a very scary thing considering that Ginsburg is in really, really tough shape.

Farron Cousins: I mean, at this point-

Mike Papantonio: I’m already … The loss of one is bad enough.

Farron Cousins: Yeah, I mean so we’re looking at basically a solid five, four. And to be honest, this last term of the court pretty much everything has been a five, four with Kennedy going for the Republicans, he’s gotten a far more conservative with age.

Mike Papantonio: Yeah. You know what? I’ve been following Kennedy for a long, long time. And this idea, “Well, he’s the swing judge for us, and he’s going to help us out” count the times that that really has happened. He’s a conservative. You know, he likes to dress up maybe every now and then on a liberal, mostly a social issue. It’s never going to be an issue were corporations are trying to steal from consumers. He’s going to go with the corporation every time. It’s never going to be where government is allowed to spy on us. He’s going to the government every time. He’s not a great justice, I mean let’s be frank about it.

And he’s not that powerful in his influence with this court. I don’t really see this as a big deal. I mean other than the fact we knew we were going to lose … We knew we were going to lose a … I mean, at this point you got a five, four. Okay? So you’re going to replace him with a conservative, you got a five, four. The real problem comes in is when you lose Ginsburg and it’s almost … You know, try to reverse that trend is a generational kind of problem.

Farron Cousins: It really is. And see, that’s the thing that I think the conservatives also understand better than the democrats do, is that you put somebody a little bit younger on that court, and then you’ve got a solid 20 to possibly 30 years of not being able to touch that seat. Bush did it with Alito and Roberts. Younger folk, Obama not so much. I mean he picked decent judges, I will give him that. But, they’re not people who are still going to be on that bench in 20 years. Gorsuch could be, that Trump put in there this year. So-

Mike Papantonio: Yeah, I remember the discussion when Obama was making his appointments, if Obama were playing chess with Republicans, he would get clobbered. And that was one of the issues. You’d say, “Well why don’t you just … Don’t you see what’s happening? We’re losing here, we got to have some young people on there” it’s not like these women that he appointed are ancient, they’re not. I mean, I’m not saying that. But from the standpoint of planning down the road, and that was always the problem with Obama as a strategist. He never got it as a strategist. Unfortunately Trump does. We’re going to start seeing some of these next … I say two appointments, we’re going to see … My prediction is we’ll see two appointments before 2020. One’s going to be Kennedy, and my guess would be Ginsburg.

Farron Cousins: Well, when like you said though, this is a … You lose it for a generation.

Farron Cousins: Just like these other court appointments that Democrats have ignored for 10 years now, you lose them for a generation.

Mike Papantonio: Well, let’s talk about that. You know, people don’t understand, it’s not all about SCOTUS.

Mike Papantonio: It’s about that trial judge that was appointed that doesn’t even understand what evidence is, has never done anything for consumers, has never been a judge at all in any other capacity, typically was a politico that came up through ranks, and they appoint him as a trial judge. Or the appellate judge, it’s the same thing. And everybody doesn’t realize that’s where the real damage is done. Because where it comes to policy, White House can make all the policy they want if a judge wants to take it away, they can hold it up for a very long time. And I knew we just saw this with the … You know, we see it all the time. We see the deconstruction of Obama’s … of his whole effort to change healthcare. Deconstructed. Part by part.

Farron Cousins: And you know, Obama left office in what? Close to 100-

Farron Cousins: Yeah, vacant court appointments all throughout this country. Those are appointments … Let me back up for a second. Everybody’s still mad, rightfully so, that he was not allowed to put that Supreme Court Justice in in his last year. That was Republican obstruction, 100%. But those other 112, those could have been recess appointments anytime Congress was gone for three days.

Mike Papantonio: You know what? If you’re out there trying cases, you understand that even Obama’s appointments were silk stocking, Wall Street type lawyers that don’t have anything in common with consumers, and they have been horrible. They have been absolutely horrible. Maybe occasionally on a social issue, they’re good. They’re good on gender, they’re good on race, but where it comes to what matters to people from a standpoint of financing and money, and how often can consumers get trampled on, these judges that Obama appointed are horrible. And I can tell you that firsthand because I’m in front of them a lot.

Farron Cousins: Well, here’s the other thing too, and you and I have both talked … You’re very good friends with a lot of the people who actually met with Obama, representatives from these legal organizations. We both interviewed them, we see them all the time. And they told us the stories, “We would go to him, we would meet him and say why? Why this person? You just set us back on all of these consumer issues” and it would always be some kind of fluff excuse like, “We desperately needed somebody. We had to get them in there” and this is from the people who spoke to Obama personally.

Mike Papantonio: Yes. People who spoke to him personally, Obama said, “Well, I don’t understand what you’re saying.” “Really? You don’t understand what I’m saying? You’re appointing people who have worked for Corporate America their entire lives, they’ve never done one thing for consumers, and they worked for corporations Mr. Obama, and you’re making these appointments.” And he goes, “Well I don’t see a problem here.” Literally, that was his reaction when that came up.