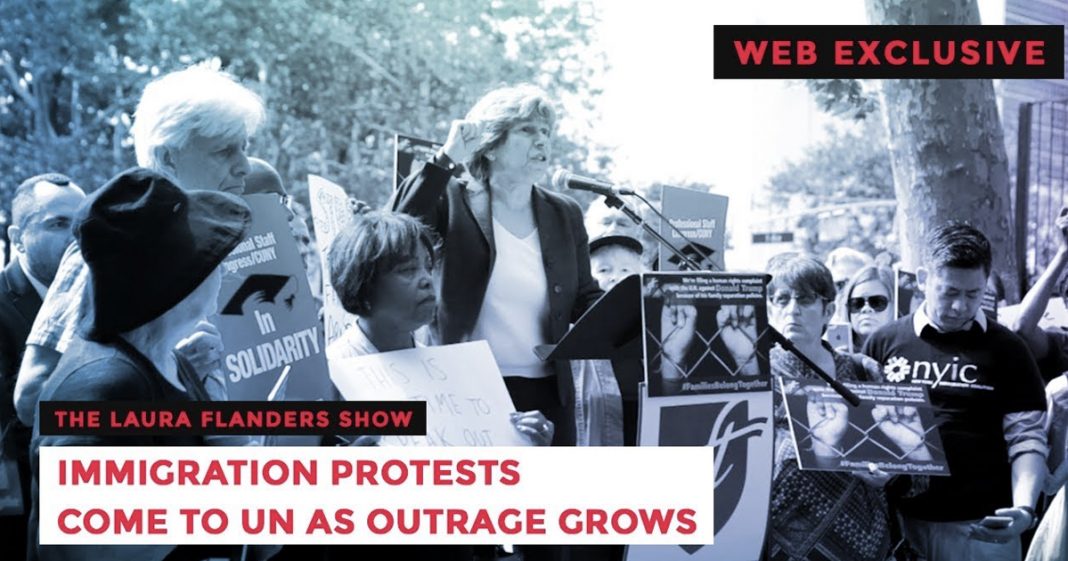 In the midst of nation-wide outrage over the Trump administration’s family separation policy, a coalition of New York City leaders and organizations came out to present a complaint at the UN Human Rights Council.

Among those present were Randi Weingarten of the American Federation of Teachers, NYC Public Advocate Letitia James, Steve Choi of New York Immigration Coalition and the Hispanic Federation‘s José Calderón.

Hours after the action, Trump issued an Executive Order halting his policy and allowing for indefinite detention of families. It is estimated that thousands of children remain separated from their parents. Nationwide protests are scheduled for June 30th. Laura Flanders investigates.