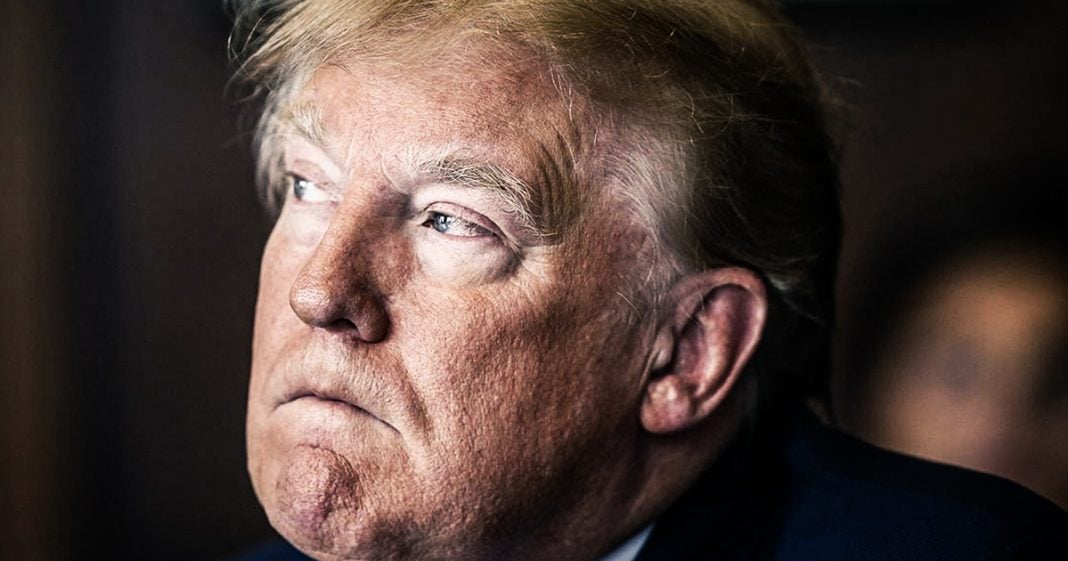 Donald Trump will stop at nothing to convince the public that immigrants are criminals, and last year he set up a hotline for people to report crimes committed by immigrants, as well as for callers to question the legal status of immigrants. After a full year, the program has not just been a failure, but they’ve been inundated with crazed callers asking about everything from extra terrestrials to coyotes. Ring of Fire’s Farron Cousins discusses this.

A little over a year ago, Donald Trump took a page out of Germany’s playbook from the 1930s and ’40s and decided to create a database with a hotline for immigrant crime. Basically what this thing was, was you could call the phone number, ask about the immigration status of somebody, ask about their criminal record, or, most importantly, report that you had been the victim of a crime at the hands of an illegal immigrant here in the United States. Well, as it turned out, a lot of people did call that hotline that Donald Trump set up with this VOICE program is what it’s called. It’s the Victim of Immigration Crime Engagement, which, I don’t know, that’s not even a complete sentence, but that’s what they called it because they’re morons.

Anyway, we just got a report for their first quarter of operation and it turns out, yes, a lot of people called the hotline, but almost all of them were calling with something that had nothing to do with immigrants. There were a couple hundred out of almost 5,000 where people were actually calling to either report a crime committed by an immigrant or question the status of an immigrant. The remainder were completely unrelated and they include calls such as people reporting Melania Trump as an illegal immigrant, people reporting that coyotes were eating their cats, people reporting that space aliens had come down and were wreaking some kind of havoc on their property, and one woman who actually called to say that there was an illegal immigrant who snuck into her garden every night to eat her vegetables.

Now, most of the calls … Oh, and there were also some where people trying to make reservations at Trump Hotels. That’s the kind of calls that this database received and Donald Trump thought it was going to be the perfect way to highlight the fact that every single immigrant in this country is absolutely a criminal. Unfortunately, the statistics, even the data from this VOICE program, do not back that up.

According to statistics outside of this VOICE program, crimes committed by immigrants here in the United States, both legal and illegal, is actually falling. Fewer people are falling victims to crimes committed by immigrants. Meanwhile, Donald Trump has stopped at nothing to convince us that everyone trying to cross that border or come into this country from one of those countries he just banned that the Supreme Court upheld, they’re going to kill you. They’re going to rape you. They’re going to steal from you. When, in reality, you’re much more likely to be killed, raped, murdered, whatever, or robbed by your white neighbor than you are the people coming across this border.

But Trump knows he has to sell his immigration policies, he knows he has to get his base drummed up, and that’s why this program was created. I’m not kidding. This is the same thing that happened in Germany in the ’30s and ’40s where people could call to report crimes committed by Jewish people. It was to get people to turn against Jewish people. That allowed the Germans at the time, Hitler, to do whatever they wanted with them. Donald Trump literally is copying their playbook.

Hopefully, people understand that it’s not true. Hopefully, people understand that they’re less likely to be killed by an immigrant and more likely to be killed by a white person walking down the street, but that’s not what this administration what’s you to think. But that is the reality in which we live. Immigrants are far safer to be around than the crazy people who call themself Trump supporters.