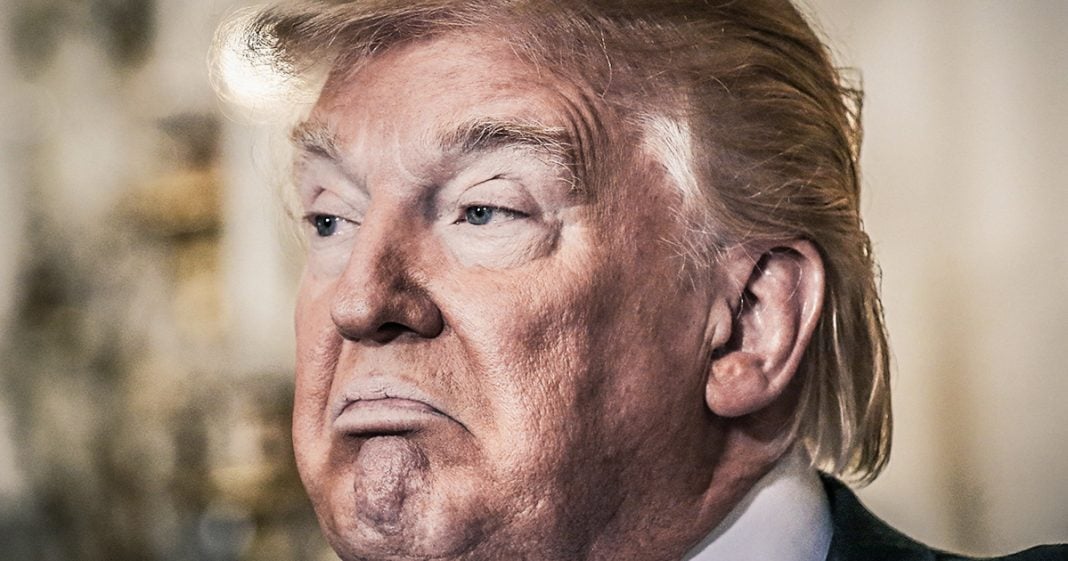 Former cable news host Larry Kudlow, who currently happens to be Donald Trump’s economic advisor, recently said that the deficit is shrinking under Trump’s leadership. Not only is this statement false, but everyone already knew that the deficit was rising. Kudlow proved that there is literally nothing this administration won’t lie about, even when everyone already knows the truth. Ring of Fire’s Farron Cousins discusses this.

This past Friday we got a absolute confirmation that is literally nothing this administration will not lie about, even when we have verifiable information that shows that they are lying, even when everybody else already knows the truth, they will still attempt to lie because they think so little of us as a country.

Here’s what happened. On Friday, Larry Kudlow, the former low-rated cable business show host turned Donald Trump economic advisor, went on TV and he said this. He said the deficit, which was one of the other criticisms is coming down, and it’s coming down rapidly. Growth solves a lot of problems. The only problem with that is that most people in this country, left, right, center and everything in between understand that the deficit is not coming down, not even close. The deficit is climbing at an alarming rate, and that doesn’t even include the recently passed trillion dollar tax cut package by Republicans that are going to add a $1 trillion deficit to this country every single year starting in the year 2020.

The people who work for Donald Trump, the people that he picks to run his administration, they have absolutely no problem with going out there, spinning these lies, and acting like reality doesn’t actually exist. And do you know why they do it? Because this is the important part that everyone needs to understand. They do it because they think you’re stupid. They think you don’t know the truth. They don’t think you’re willing to go out there and do a two second Google search to find the answer, because they’re too stupid to understand that. Stupid people like to think that everybody else is as dumb as they are. That is exactly what’s happening with the Trump administration. That’s why they think they can get away with these lies. But luckily for us, most of us in this country are much smarter than anybody Donald Trump could ever pack into his cabinet.