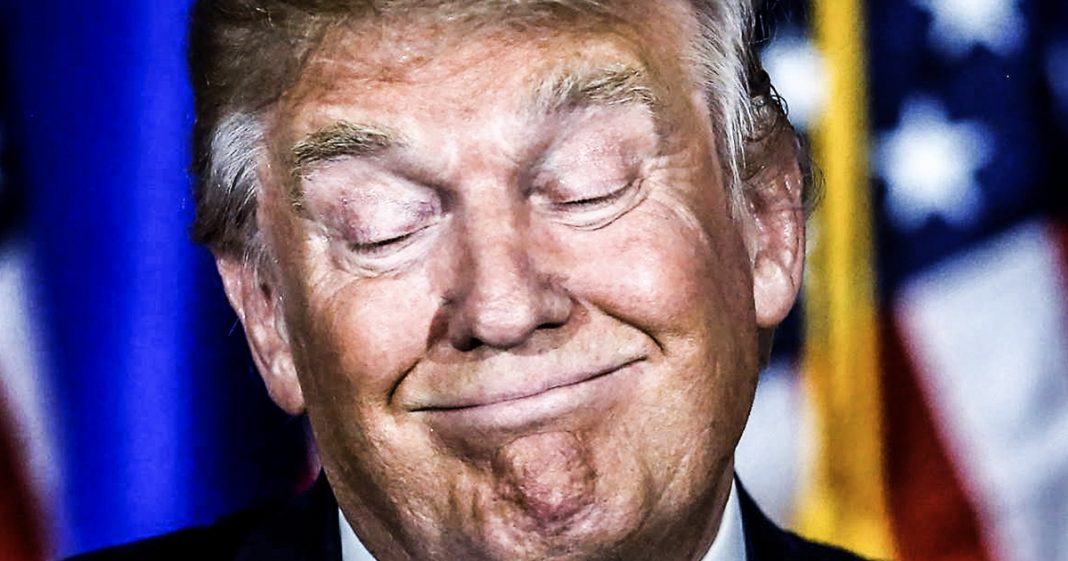 Donald Trump held another rally for crazy people this past week, this time in North Dakota. And, as usual, he managed to say some of the weirdest, most bizarre things imaginable. He told the crowd that they were actually the “super elite” because they are smarter, richer, and just overall better than Democrats. Ring of Fire’s Farron Cousins discusses this.

On Wednesday evening of this week, Donald Trump headed over to North Dakota to give another one of his little campaign rallies and pretty much anytime Trump gets in front of a group of people, you can go ahead and bet that he’s going to say something either completely stupid or wildly incoherent, and luckily during this North Dakota rally, Donald Trump managed to combine both the stupid and the incoherent. Take a look.

That’s right, folks. In North Dakota, right there at that Donald Trump rally, you are the super elite. Whatever the hell that means. First of all, why is Trump so obsessed with this? After all talking about the elite, that’s what the Republicans are doing to try to demonize the Democrats, you idiot. It’s not a term of endearment. It’s an attack and you’re sitting there twisting an attack that Republicans have been using since at least the 2000 election when they tried to paint Al Gore as some elitist Liberal snob. Then they did it with John Kerry. Then they did it with Barack Obama because Fox News actually … When Obama was running for president the first time, they ran a segment attacking him as an elite because he ate arugula in his salad. I’m not kidding. They ran that segment.

But nonetheless Trump is mad, mad as hell that Republicans are calling Democrats elite. He is the elite. You, in the crowd, you’re the super elite because you got more money, you got more brains, you got better houses and apartments and better boats and you’re super smart, folks. I’m not trying to butter you up at all because I’m facing all these investigations and will need your support eventually. No. You’re too smart for me to do that. Right, North Dakota? Everyone in that audience is an idiot. There, I said it, and I believe it. Unless you are a reporter who was forced to go there. If you voluntarily said, “Hell, yeah, I’m going to see Donald Trump speak.” You’re an idiot. Absolutely he is playing you and you are falling right into his little trap. He’s trying to butter you up by giving you complements that we all know are not true, and I’m not saying the “you’re smart” part is not true although, come on.

What I’m saying is that you don’t have more money. You know you don’t have more money. Most of you in that crowd don’t have boats, and he’s telling you your boat is nicer than their boat. Are you honest to God that stupid? Do you not see what he is doing, how he is playing you here? This is absolute insanity at this point. I mean, the level of manipulation coming out of Donald Trump is so obvious that it’s ridiculous that it’s able to work. But that North Dakota crowd, the South Carolina crowd from earlier in the week and the crowd from the week before is proof unfortunately that these stupid, little suck up remarks that the president makes absolutely resonate perfectly with his super elite, got more brains crowd that for some reason will love this man no matter what he says and what he does, or no matter what the result of these investigations are. They’ll never buy into it. They’ll never believe it. They’ll never accept that they were caught even as they lose everything because of this man’s horrible economic policies.