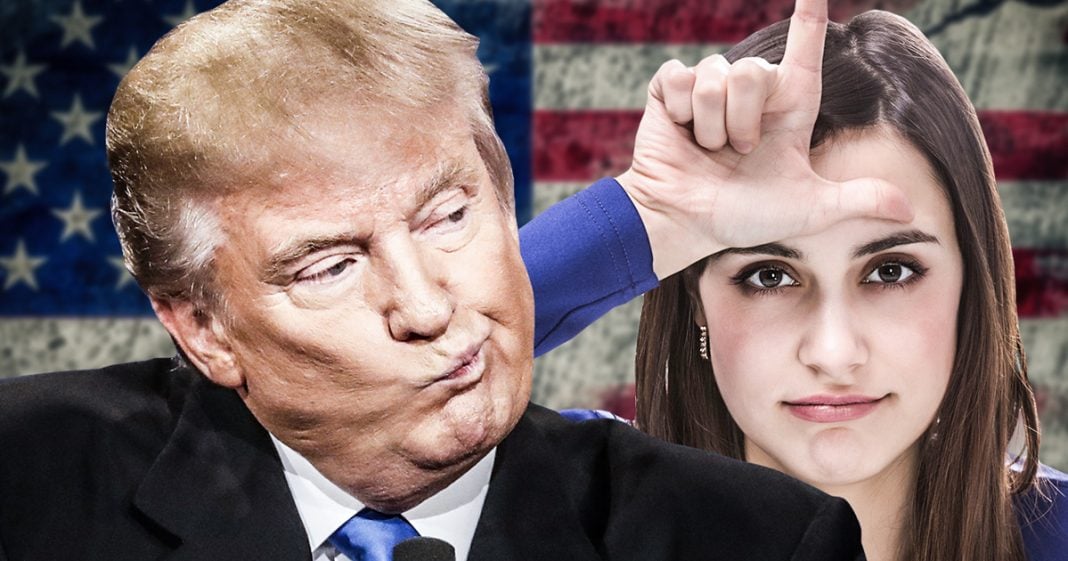 According to a new report in Politico, Donald Trump’s staffers in DC are not only having a hard time finding new jobs, but they are also having a hard time finding women willing to date them. According to the staffers, the stench of the Trump administration is too great for some women to overcome, and these staffers now feel like they have a black mark on them. Maybe it has more to do with what kind of people they are than who they work for? Ring of Fire’s Farron Cousins discusses this.

According to a new feature article in Politico, Donald Trump’s staffers in Washington D.C. are having a hell of a time finding anyone willing to actually date them. No Politico spoke with several different staffers for the President, both current and former people working for the Trump administration, and that all basically told the same story. They’ll meet a woman online, they’ll have the usual banter back and forth through these messaging apps or out at a bar, but as soon as they find out they work for Donald Trump or that they support Donald Trump, the women are like, “Oh no, screw it. You’re a racist, you’re a bigot, you’re a misogynist. I’m not going to deal with you, go away.” That’s pretty much exactly what they say in this article that these women are telling them.

So, heres what I have to say about all that. First of all, stop blaming your boss, as horrible as he is, for the fact that you can’t get a date. I’m sorry, I’m just not buying what’s in this Politico article. I think the reason these incels can’t get a date is because they’re just horrible people and women are not attracted to that. It doesn’t matter what you look like, as long as you’re at least trying to be a good person, being respectful and not being horrible to anyone else out there, you can find someone, right? Sometimes it takes a little harder than some other people have. But I’m shocked. I’m still shocked that we’re seeing these articles because this is not the first one.

A few months ago another one came out saying, “Oh nobody wants to date these poor Trump staffers. And they’re so lonely in DC because it’s such a liberal city. And conservatives just can’t find anybody willing to love them.” No. It’s because conservatives are horrible people. And women seem to understand that. They can look at somebody and kind of gauge by their political beliefs how they feel about other human beings. It’s not just about them. It’s about everyone. And that’s what these Trump supporters don’t get. They think that, “Oh these women don’t want me to date me because I’m a conservative and they say I’m going to take away their birth control.”

One of them in the article actually said that. No. It’s not taking away her birth control, it’s taking away everybody’s birth control. It’s not restricting her right to choose what to do with her body, it’s everybody’s right to choose what to do with their body. These men don’t understand that, you can’t even really call them men. These little boys with this little boy mentality don’t seem to get it. If these women don’t want to date you, it has nothing to do with who you’re working for. It has everything to do with the kind of person that you are.

Trump can be blamed for a lot of the horrible things happening in this world right now. But these incels not being able to find a date? That’s all on them.