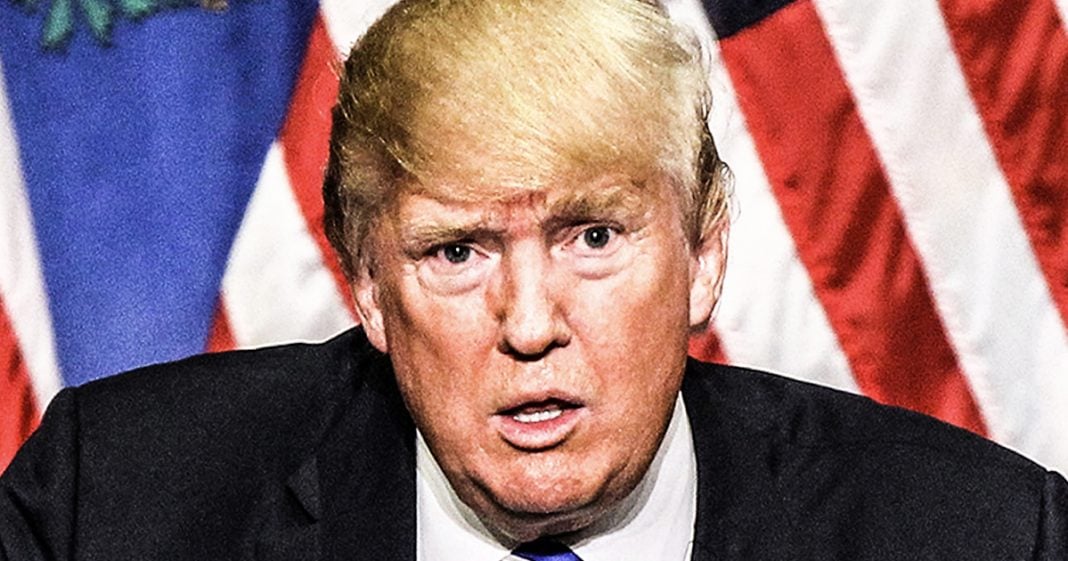 The Trump administration has had enough, and they no longer want certain federal employees to be allowed to speak to the press anymore. More specifically, they don’t want scientists working for the government to talk with reporters. This is likely because these scientists have very different factual-based observations about what’s happening in this country, and the administration doesn’t want that truth leaking out to the public. Ring of Fire’s Farron Cousins discusses this.

The Trump administration has issued a new type of gag order for federal employees working today in the United States. Specifically, they want to keep people from the US Geological Survey and the Department of the Interior from speaking to the press about anything that could be considered any kind of scientific discussion.

Here’s exactly what they’re trying to do. Not that long ago they sent out a new memo to USGS and Interior Department employees saying they were going to cut back and rein in who is allowed to go out there and speak to the press and what media outlets they’re allowed to speak to. They do not want these scientists, which there are thousands of them who are at the top of their field working in these departments, they don’t want them to go out there and give interviews and talk about science and talk about things that affect the daily lives of American citizens because this administration absolutely hates science.

So they’ve come up with some new guidelines. First and foremost, if you want to do an interview, it has to get approved by the higher ups. According to the reports on this, it looks like it’s actually the very, very top, the director of communications for the Interior Department that has to go through and green light each individual interview that is requested. Furthermore, if they approve you giving an interview, then they have to reach out to the media outlet and ask them a serious of questions in order to determine if it can go forward from there.

Here are some of the things that they want to know. They want to know what questions the reporter is going to ask the scientist and include as much detail as possible: “How is the scientist going to answer the questions?” Then after they get the questions, they have to go to the scientist, get their answers to determine if those are good enough to go on TV or in print: “What is the broader thrust of the story? Ask the reporter the full scope of a story is. Are there policy implications? If the answer is, ‘Yes,’ provide some background for context. Is there anything controversial?”

If they let these scientists go out, talk to reporters, do these interviews, then god forbid the public might learn the truth. If the public finds out this administration is lying about absolutely everything, well, that’s going to make their jobs a hell of a lot harder. Certainly for people like Sarah Huckabee Sanders, who have to go out there every day and continue to lie on behalf of this administration, how is she going to react when scientists are out there already refuting her before she even gets a chance to lie about it? It’s going to make this administration look pretty bad. So they’ve decided to take the cowardly way out and just prevent these scientists from talking to the press altogether.