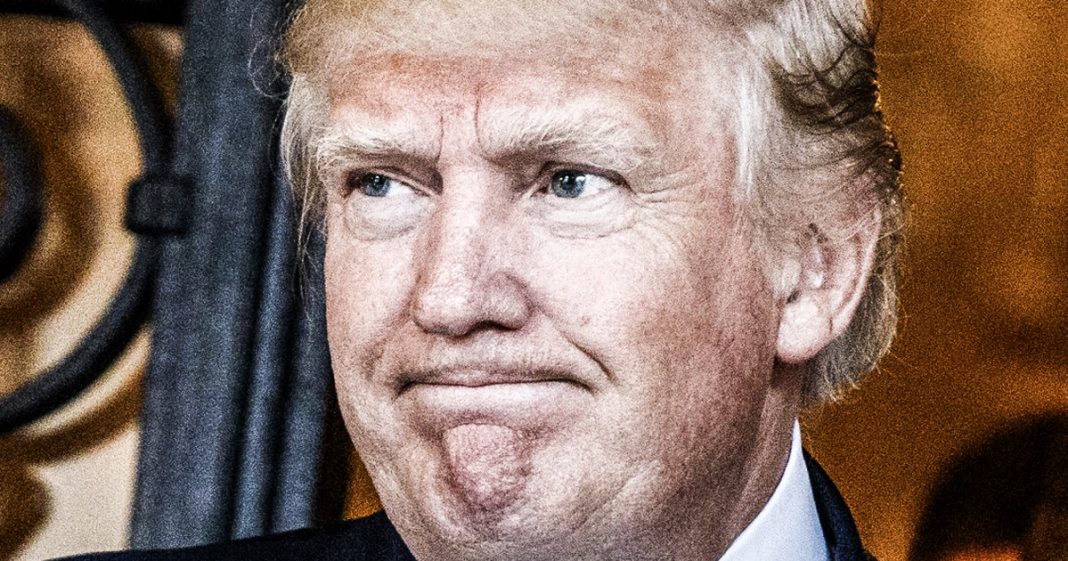 Donald Trump has spent the last few years telling us that immigrants want to enter our country to harm us in any way possible, but the Department of Health and Human Services says that’s actually not the case. Not only are crimes committed by immigrants falling, but they actually create quite an economic boom for our country. The administration’s response to this report has been to bury it in order to prevent the public from knowing the truth. Ring of Fire’s Farron Cousins discusses this.

Donald Trump absolutely hates immigrants, right? Well except for the illegal ones that he hires to do demolition projects for him in New York or the ones that show up here on visas to work the summer in Mar-a-Lago, but other than that he totally hates immigrants. In fact he hates immigrants to the point where he had his own administration hide, bury a report showing that guess what? Immigrants actually contribute more to the U.S. economy than they take away from it.

According to a draft of this report, which was recently leaked to the New York Times, the Trump administration found that on average immigrates into the United States over a ten year period created a 63 billion dollar economic boom for this country. There was a cost to have these people in this country, and then there was the benefit of how much they contributed. Overall it was a net gain for this country of 63 billion dollars, so about 6.3 billion per year in economic benefits brought on by immigrants into this country.

But the Trump administration couldn’t have that, right? They couldn’t release that to the public after all the horrible things they’ve said about immigrants coming over here and wanting to kill us. So instead they buried that information and instead released a report that was less than three pages that only talked about the cost of immigrants in this country and did not once mention a single pennies worth of benefits that these people bring in.

And those benefits come in many ways. A lot of them, obviously are coming here to work, so they’re paying taxes. They’re paying state taxes, they’re paying local taxes, they’re contributing money to local economies by going out and buying things like food, things they need to survive. And every time they go out there and spend money in the community it gives somebody else in the community more money to go spend and so on and so forth. It’s the actual only real trickle down that actually works to the tune of 6.3 billion dollars every single year.

So back to the main point, Donald Trump hates immigrants. He hates immigrants more than he likes to see the U.S. economy succeed. How about that? Because that’s the only argument that makes sense when you consider the fact that they wanna kick everybody out, even though they’re contributing more to our economy than they’re taking away from it. Not to mention the fact when we look at areas that have enacted stricter immigration policies, for example the state of Georgia several years ago got rid of one of their visa programs to bring in migrant workers. And as a result, the state lost billions of dollars in farming revenue, because farmers couldn’t find anybody else willing to go out there and help them tend to their farms and pick their crops. We had fruit rotting in trees in the state of Georgia because nobody else wanted to take those jobs, and since everybody wanted the immigrants gone, there was nobody to do it.

This country can’t function without immigrants in this country. And yes, they should be coming here legally, but that may not always be the case. Yes, we should keep out horrible people, but we’ve got enough horrible people here in the United States that we’re not doing anything about either, so why discriminating at this point, right? We need immigrants in this country. We can’t function without them and that is a sad reality that this administration has to accept, but they never will because they still think this is a winning issue for them in this coming midterm election. It’s not. It’s going to cost them dearly and it’s going to cost Trump even more assuming he’s still in office to run again in 2020.