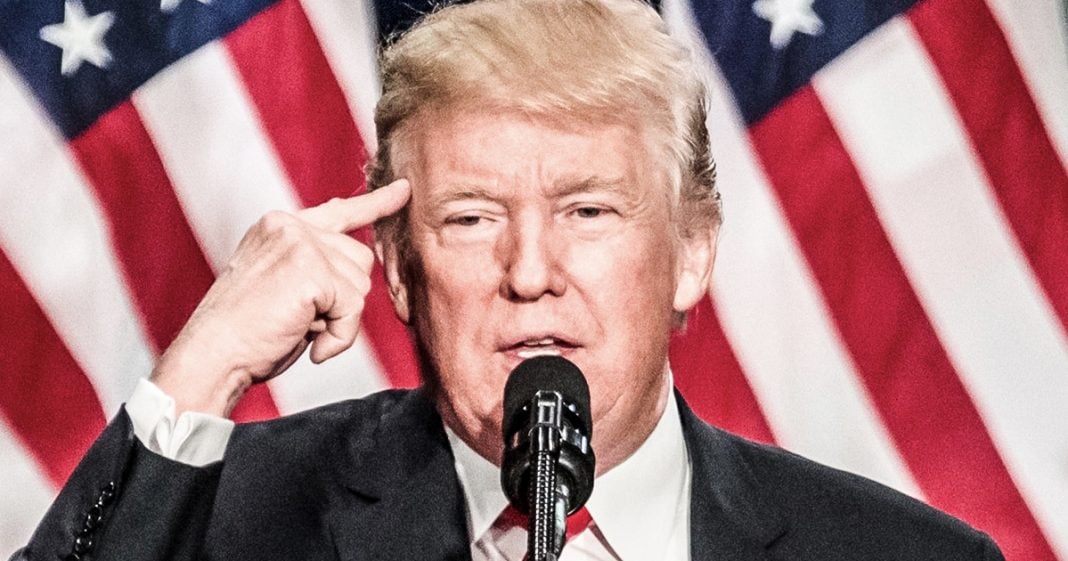 Just days after Donald Trump pointed at members of the press and told a crowd that THEY were the real enemy of the people of the United States, five journalists were gunned down in their offices. But Trump is not alone – the NRA’s Dana Loesch along with right wing agitator Milo Yiannopolous have both called for violence against journalists. Ring of Fire’s Farron Cousins discusses this.

On Monday evening at a rally in South Carolina, Donald Trump pointed to the reporters in the back of the room and said that they were the enemy of the people. Those reporters, the journalists there covering the rally, were the enemies. Yesterday a gunman entered the offices of the Capital Gazette, killed five journalists, and injured many more. Now, there’s not necessarily a direct causation between what Donald Trump said and what this gunman did, but there is certainly a correlation.

Milo Yiannopoulos, Dana Loesch from the NRA TV, Fox News, they have been advocating for people to stand up to journalists. In the case of Loesch and Yiannopoulos, those two have specifically called for violence against reporters. So, it’s no surprise that now we’re dealing with a situation where we have dead reporters, dead editors, dead sales representatives because of what these people are advocating for. That’s one of the reasons why this happened.

Now, obviously, we cannot gloss over the fact that the guy who went into that office and did this horrible thing, he had a history with that particular publication. He had sued them for defamation a few years ago after they had reported about his arrest record. He lost the case. It was actually tossed out, and he spent the last year-and-a-half raging on Twitter at that particular publication and the judge who threw out his case. So, he obviously had a little bit more of a motive than just being agitated by these right-wing hate talkers.

But we have to acknowledge the fact that their rhetoric, their language, the calls that they are making, like in Yiannopoulos’ case, to literally go and shoot journalists, that gives the nut jobs in this country just what they need to push them over the edge. Sean Hannity immediately after this happened got out there and he blamed Maxine Waters. This was Maxine Waters’ fault. This was what she had wanted. She did this. No. This has nothing to do with anything that Maxine Waters said. Maxine Waters told her supporters to go and confront Trump Administration officials if you see them out in public and ask them the tough questions that reporters aren’t asking them. She didn’t call for violence. She didn’t call for anybody to put their life in danger or endanger the lives of anyone else. This is not Maxine Waters’ fault.