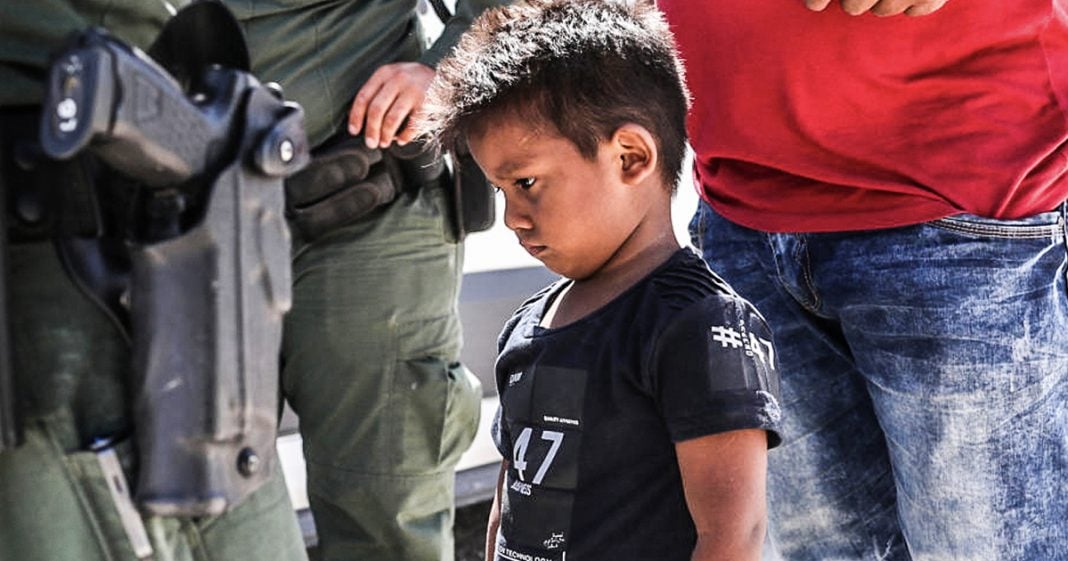 Toddlers, some as young as 3-years old, are being forced to represent themselves in immigration court under the Trump administration’s policies. While some of these toddlers are given lawyers, they are expected to be able to make their own arguments about why they should stay in this country, yet most of these children don’t even know their parents’ names. Ring of Fire’s Farron Cousins discusses this.

If you thought Donald Trump’s immigration policy specifically separating children from their parents was bad, wait til you hear what’s actually happening in the immigration courts. Because you see, we can’t just hold children indefinitely here in this country without their parents. We have to put them in court, so that they can have an immigration hearing, and since this administration separated them from their parents, they don’t know where the parents are, and they don’t really have a policy to reunite them, they’re actually sending these children, some younger than three years old, to immigration court to basically represent themselves in front of an immigration judge. That’s what’s happening in this country today.

According to reports, we have children, some that are three years old, that are having to go and stand in an immigration court next to a lawyer who doesn’t even speak the same language as them, and they, the three year old, this administration expects them to be able to properly communicate why they’re in this country, why they should be allowed to stay in this country to the lawyer who then has to argue it in front of the judge. We are making toddlers represent themselves in immigration court. I lose the words here folks because this is insanity. This isn’t just heartless, these are the actions of crazy people. You have to be completely unhinged off your rocker to think that a three year old can walk into a court, surrounded by people who speak a different language, and argue why they should be allowed to stay in this country.

Keep in mind, reports are also telling us that most of these kids, three, four years old, they don’t actually know their parent’s names. They only know them as Mom and Dad, so they have no way to communicate who they came over here with other than saying, “I came with Mom.” This has got to stop. We have to do something. To make matters even worse, Jake [Wile 00:02:08], the man at the Department of Justice in charge of training these immigration court judges is actually on record in court documents saying that he’s been able to successfully teach three and four year olds US immigration law, so that they can go and represent themselves in court.

Now I haven’t met these kids, nor have I met Jake Wile, but I’m going to go ahead and call bullshit on that. I have a three year old. You want to come try to teach him immigration law? Because I’m pretty sure he’s not going to understand a word that you have to say, nor would any three year old across the planet. And yet, Jake Wile actually said that under oath in court. Now, his policy is being put into practice. We’re sending terrified toddlers in front of judges to basically argue for their lives. Or worse, plead for their parents to come back even though they don’t know their actual real legal names. That’s what’s happening in this country today.