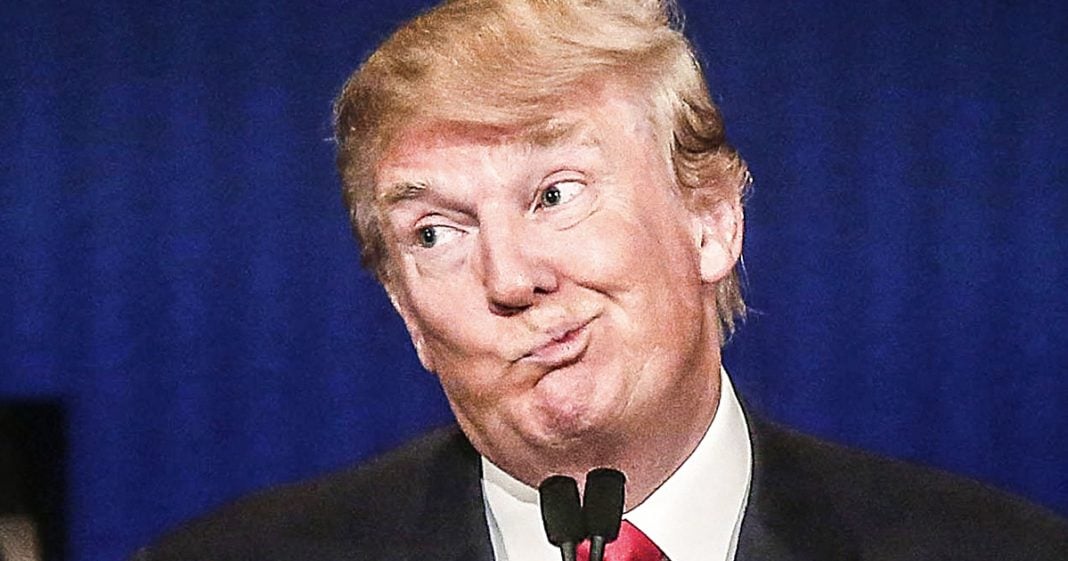 Hundreds of mental health professionals are lobbying for a rule change that currently forbids them from being able to discuss the mental health of elected officials without examining them in person. The rule, known as the Goldwater Rule, has prevented serious discussions with experts about Trump’s mental health, and these experts do not want to remain silent anymore. Ring of Fire’s Farron Cousins discusses this.

Hundreds of mental health professionals here in the United States are lobbying the American Psychiatric Association, begging them to repeal a rule known as the Goldwater Rule that current prevents mental health professionals from publicly talking about the mental health of elected officials here in the United States and why do they want this rule repealed? Because currently, our country is being run by a crazy man who desperately needs to seek mental help and these mental health experts, currently more than 200 of them are desperate to get out there to the public and warn us about the dangers that this man’s fragile mental state pose to this country. This isn’t about them wanting to be famous. This isn’t about them wanting to do TV interviews. This is about them warning us about what they see with the President of the United States and to be honest, a lot of people have said, “Well, it’s hard for them to give a diagnosis if they’ve never sat down and talked to the guy.” It’s actually not.

When you have hundreds upon hundreds of hours of speeches that you can go through, TV interviews, things like that, dating back decades, it’s actually very easy for mental health professionals to be able to put together a very accurate portrait of what is happening inside of Donald Trump’s brain and we have seen a few of these mental health professionals in the last year and a half break this Goldwater Rule, saying, “To Hell with the consequences. The public needs to understand what’s happening to Donald Trump.” But now they want to be able to come out as a united front, as experts in their field, which they are, to warn us about the dangers of Donald Trump and his declining mental capacity. It’s pretty obvious. I mean, seriously, go back. Watch five minutes if you can stomach it of any of the recent rallies that Donald Trump has done. There’s something wrong with him. Maybe it’s the narcissism. Maybe it is dementia. Maybe it’s anything in between all that. But something’s not right. The mental health professionals agree with this. These are doctors. People went to medical school for this.

They understand how the human brain works, how consciousness works and they’re telling us that something is wrong and so they are begging this association that they are a part of that is holding them back to unleash them and let them tell the rest of the world, but mostly the people here in the United States what kind of danger we’re in because our country’s currently being run by a madman.