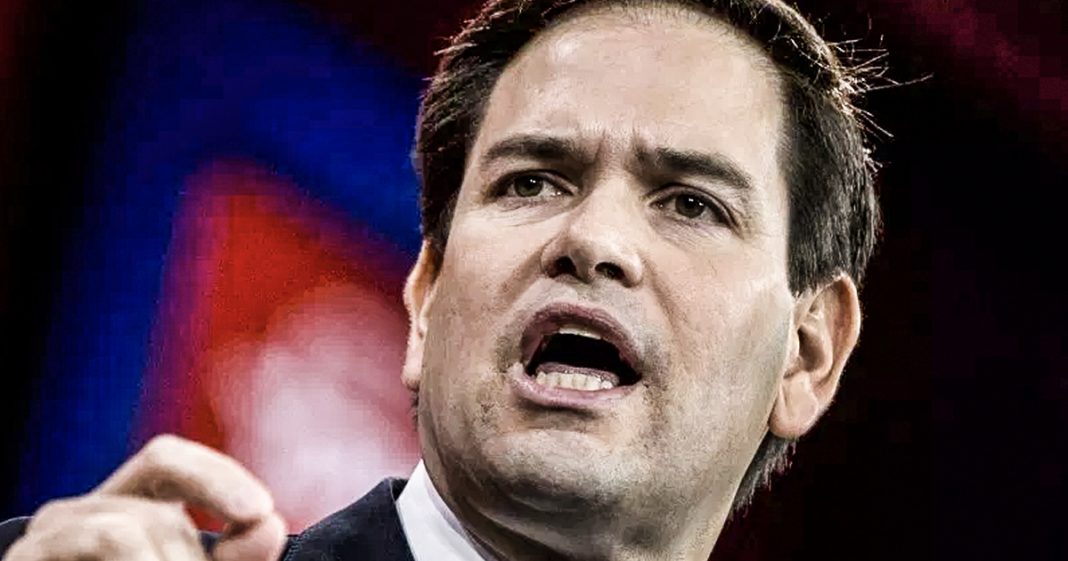 Marco Rubio is in absolute disbelief that we as a culture find it acceptable for a person to say the f-word on live television, even if that person just survived a mass shooting. If your response to the tragedy is to be more outraged at someone’s language than the horrendous act of the shooter, you clearly don’t have the moral fortitude to serve as an elected official, as Ring of Fire’s Farron Cousins explains.

On Thursday, after the shooting took place at the Capital Gazette, CNN actually managed to get one of the survivors on their network, where she talked about the fact that she doesn’t care about the thoughts and prayers, and she actually said, quote, “Thanks for your prayers, but I couldn’t give a fuck about them if there’s nothing else.” Basically a very strong call for gun control and to stop sending thoughts and prayers and to actually do something. CNN did not bleep out that word. They let it run. They probably didn’t know it was coming, probably didn’t catch it in time, so it ran out into the air.

Rather than being upset that five people died and many more were shot, Marco Rubio tweeted out the following, “Sign of our times. The F word is now routinely used in news stories, tweets, et cetera. It’s not even F anymore. Who made that decision?”

If your response to hearing the plea of a woman who was just involved in a mass shooting is to critique her language and say that speaks poorly about American society, but do nothing about the psychopath who just gunned people down, then you’re the problem, Marco. You are the problem. You are the enabler. You are the guy who is allowing this to happen. Your tweet put blood on your hands, because you proved that your fake outrage, your fake morality is exactly that. You don’t care about the lives of people, but God forbid somebody say fuck on TV, right, because that’s what really offends you. No, don’t worry about the people who are now having to plan funerals for their brothers and sisters, mothers and fathers. No, they don’t matter. What matters is that somebody said fuck on CNN and they didn’t bleep it, because that’s what’s important to a guy like Marco Rubio.

Marco Rubio, first of all, if you can’t handle hearing that word, then you probably need to walk around with earplugs for the rest of your life. But, second of all, if your response is to go after this woman’s language rather than to do something to prevent another tragedy like this from taking place, then you don’t deserve to be an elected official in this country. You don’t deserve to be anything in this country, to be perfectly honest with you. Your inaction and the inaction of all the other people in Washington, DC is what is causing this massacres to continue to happen.

We are the only industrialized country in the world where this is routine. We are. Look at the statistics, and it’s because of people like Marco Rubio, who would rather obsess about one single word one woman used during one interview on CNN, than do something about gun culture in the United States.