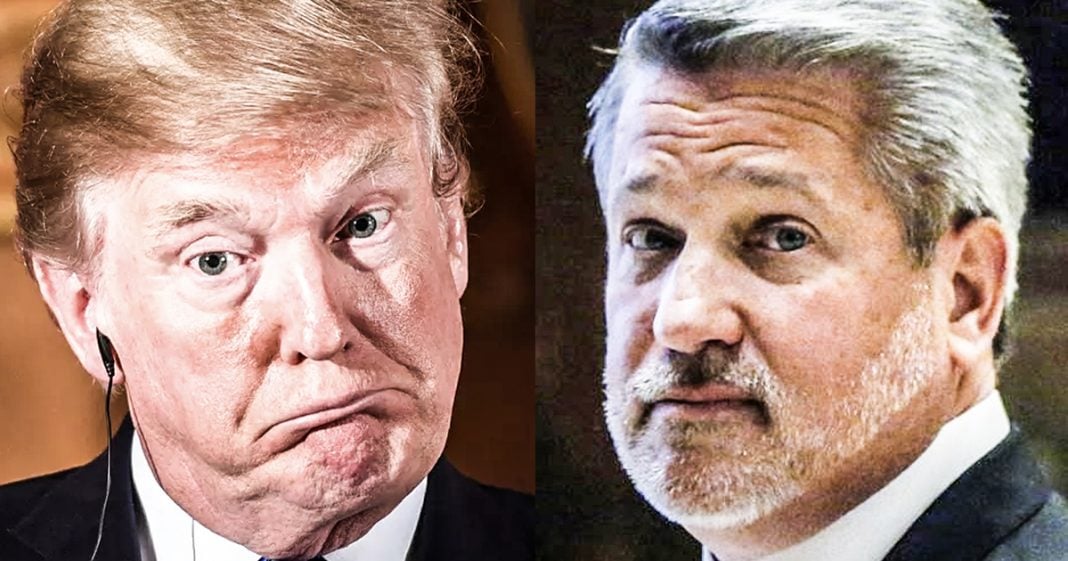 Reports are flooding in that Donald Trump is going to hire former Fox News executive Bill Shine as the new White House communications director. Shine was ousted at Fox News after it was revealed that he was helping to cover up the network’s growing sexual harassment problem between hosts & executives and their employees, but he’ll be right at home in the Trump White House, as Ring of Fire’s Farron Cousins explains.

When it comes to finding people to staff the Donald Trump White House, they’ve made it clear that they have absolutely no problem scraping the absolute bottom of the barrel in order to find people willing to take a position in their administration. And the White House Communications Director position has been vacant for several months now with Sarah Huckabee-Sanders kind of serving as the interim person in that position, even though she doesn’t want it. But this all happened after Hope Hicks was fired or actually left the administration, whatever she wants to call it, back in February of this year.

So now Donald Trump has come up with a new idea. He has finally found someone that he believes can run that White House Communications Office better than anyone. And that person happens to be former Fox News executive Bill Shine. Now, in case you’re not familiar with Bill Shine, he was actually forced out of Fox News last year after it was revealed that he was helping to cover up all of the sexual harassment taking place at that network. He was the guy at the top, the co-president, who told women to just let it go. In fact, actually said to one woman that being sexually harassed while working for Fox “is a necessary evil.” Basically told her like, “Yeah. You’re going to get sexually harassed, but you get a good job out of it, so what does it matter, right?” This man covered up some of the worst abuses committed by both executives and hosts at that network, including Bill O’Reilly, who has fully endorsed Bill Shine for this White House position. And that’s the kind of guy that the White House is reaching out to to run their communications department. As if we needed another window in for Fox News to get into this White House.

Donald Trump’s already having pillow talk every night with Sean Hannity, calling Lou Dobbs during meetings. His son is dating one of the hosts of a Fox News show. So why not just bring them all in to the administration? “Oh, you covered up sexual harassment at your network for years? You sound exactly like the kind of guy I want working for me.” And I’m sure that’s the reasoning that Donald Trump has right now. After all, this man has been accused by no fewer than 19 different women of a range of abuses from sexual harassment to sexual assault. So bringing in somebody who seems to specialize in covering that kind of stuff up makes perfect sense for this absolutely disgusting administration.