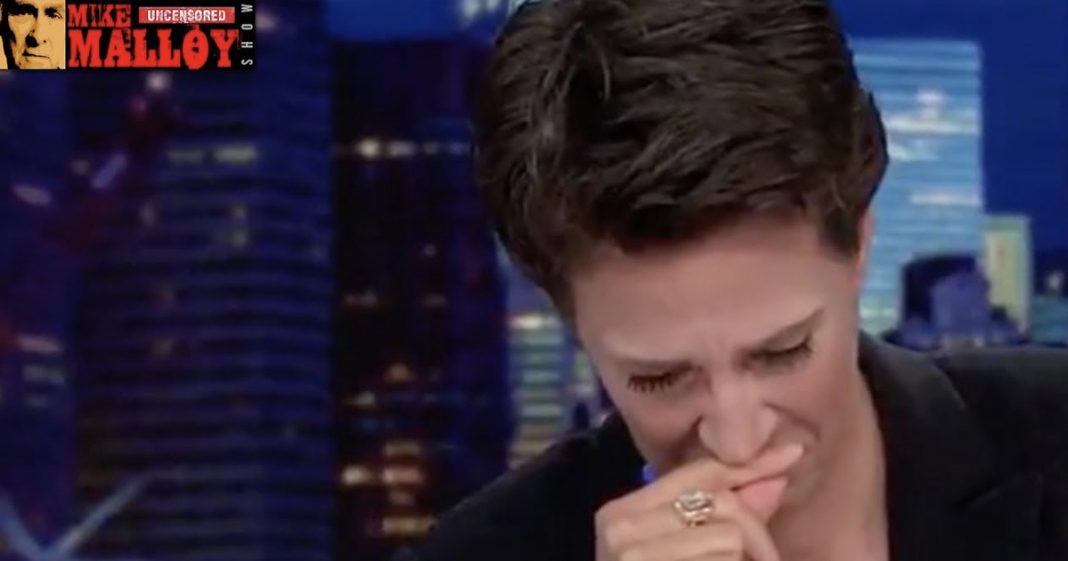 On Tuesday night, while reading a harrowing report about the border crisis getting even more grim, Rachel Maddow broke down in tears live on her MSNBC show. She was reading breaking news regarding the Trump administration’s continued separation of young children, even babies, from their parents at the border.

“This is incredible, Trump administration officials have been sending babies and other young children…To at least three…” Maddow said. But she couldn’t continue.

She asked her staff to put up a graphic on screen, but it wasn’t ready, which meant she had to try to soldier on. Eventually, she handed off to Lawrence O’Donnell, who was set to start his MSNBC show from Brownsville, Texas. Mike Malloy discusses this.