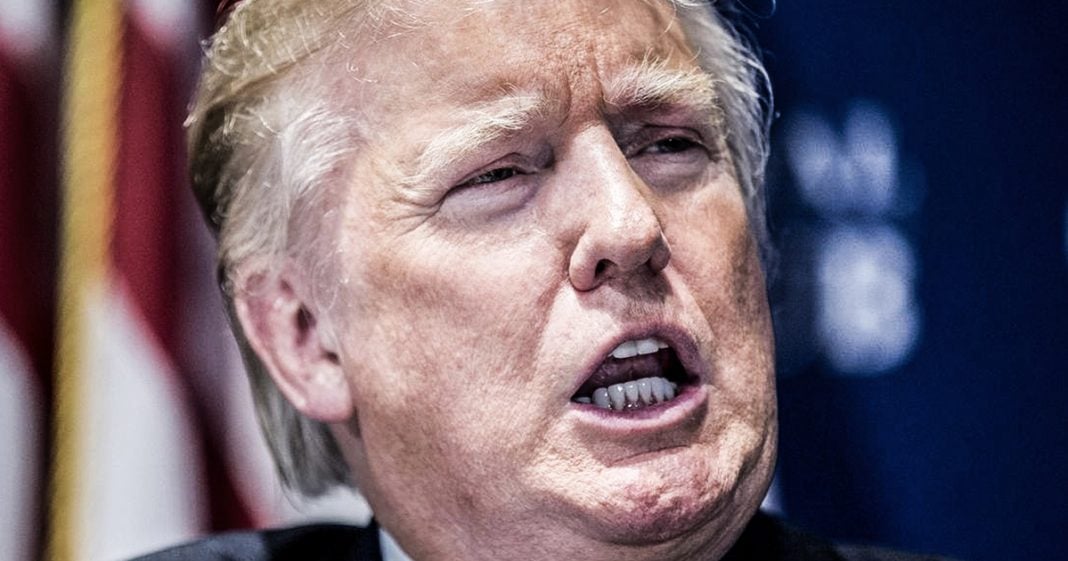 Harley Davidson became the latest company to announce that they are shipping more American jobs overseas, arguing that Trump’s trade wars are going to cost them dearly. But in true Trump fashion, the President refuses to acknowledge that he is to blame for this move, as well as the handful of other companies going under as a result of his trade policies. Ring of Fire’s Farron Cousins explains why Trump deserves all the credit in the world for facilitating the tanking of the US economy.

As Donald Trump’s trade wars continue to destroy businesses here in the United States, he wants to make one thing absolutely clear to the American public, none of this is his fault whatsoever. That’s right. The president who wants to take credit for riding his economic coattails of Obama, and wants us to say that every good economic things that happens is because of him, refuses to take the blame for all of the bad things that are starting to pop up all over the US economy.

So, Trump lashed out at Harley Davidson on Twitter. He said, their employees and customers are already very angry at them, if they move, watch, it will be the beginning of the end. They surrendered, they quit, the aura will be gone, and they will be taxed like never before.

Now, to me, it sounds like the president is using his official capacity as the political leader of this country to intimidate and harass and threaten a private business. Now, last time I checked, that’s actually illegal. But of course, as we’ve seen with every single thing Trump has done, nobody’s ever going to hold them accountable. Nobody’s going to file an ethics complaint against them for this, but just remember that when you see these things that yes, this is technically illegal for the President to do it.

But at this point, that’s the least of our concerns. What we do have to worry about are the businesses that are closing their doors and laying off American workers because they can’t afford to keep operating due to Donald Trump’s trade war. Harley Davidson is not the first one this week. We already heard about the story of the nail manufacturing company, the largest in the United States that’s already laid off 500 people. And now the president of that company is worried that he’s going to have to shut his doors completely because they simply can’t afford to operate due to Donald Trump’s trade wars.

Yet, here Trump is on Twitter threatening these companies and saying that, “It’s not my fault. You got to wait it out. Be patient. Yeah, things are going to suck for quite a while, but eventually they’ll get better.” That’s not how this works Donald. You’re playing a game that you don’t understand. Nobody ever emerges as the winner of a trade war. It eventually comes down to everybody having to sit down and make a ton of concessions in order to get it to stop. And that is not something that Donald Trump is willing to do.

And because of that, this is going to last, this is going to get worse, and let’s remember, this has been what, about a month now that these terrorists have been going on. And we’ve lost well over $1 billion worth of economic activity in the United States. Businesses are closing their doors, hundreds of people, if not thousands at this point, have already lost their jobs in one month. Can you imagine how bad things will be by the end of the summer if he doesn’t stop this. In all of it, every single piece of it is 100% his fault.

You can’t even argue that this is a Republican thing, no, this is a Donald Trump thing. He is doing this on his own, unilaterally. I guess you could blame Republicans a little bit because they refused to vote on the democratic legislation that would have stopped Trump from doing this. But at the end of the day, he is the one that made these decisions. He is the one who is destroying these businesses, and he is the one who doesn’t want to accept any of the blame for wrecking the US economy.