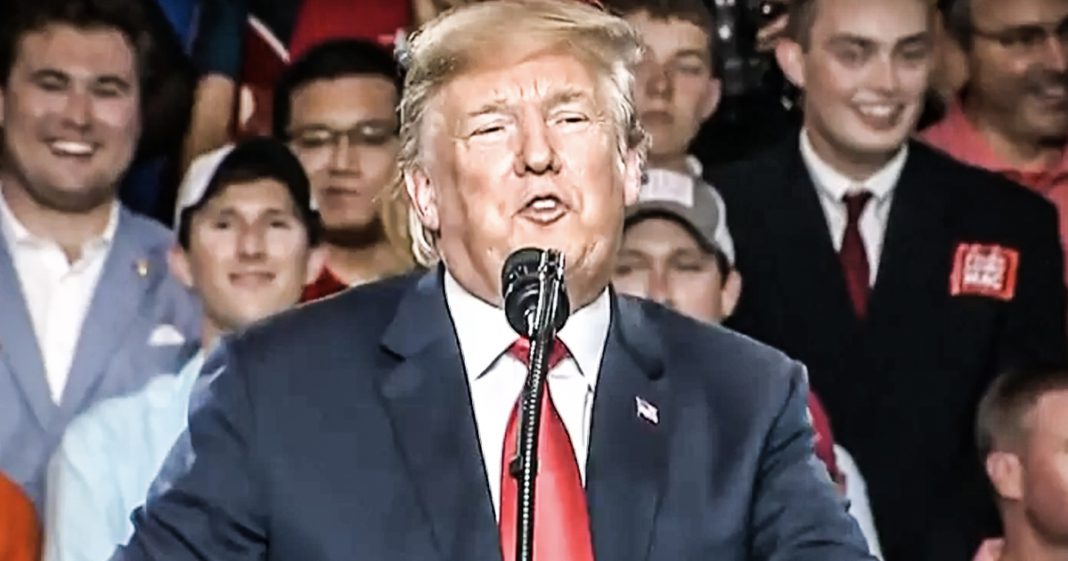 Donald Trump went to South Carolina on Monday for another rally, but something seemed off, even for him. In addition to visibly slurring his words, he appeared almost unable to complete a thought or sentence and even follow a single line of thought. Ring of Fire’s Farron Cousins breaks it down.

On Monday evening, Donald Trump headed over to South Carolina, where he gave another one of his rallies. Except, this time he may have given the most incoherent speech that he has ever given in his life. Take a look. Here’s just a small part of what I’m talking about.

People did not want to be nuked in the stadium as they watched the opening ceremonies. They didn’t want to be watching the opening ceremonies and at the same time looking up at the skies. How long will this last? They were not exactly selling tickets. The minute that happened, and he said, “We’d like to be part of the Olympics,” out of nowhere. The minute that happened, the Olympics became a fantastic success. It was a great Olympics. It was a great Olympics. And, we now have a good chemistry. We have a good chemistry, and I think it’s going to work out, and it’s a period attempt. It takes a while. Takes a long time. Not easy. Not easy. They’ve been doing this for many many decades, and not that easy, but-

Okay, now if you think that’s bad, it actually managed to get slightly worse here. I’m going to read you this next part. This exact quote from Donald Trump during that speech. “Not that easy, but they took down signs. Anti-United States signs all over North Korea. They’re down. They came down. Anti-US signs. Like I put up anti-media signs all over the place. You’re worse than I am. No. We just want honesty.” That was an entire paragraph that the President delivered during that speech. Now, I know Donald Trump doesn’t like to read off a teleprompter, and a lot of people probably think that most of this speech was just completely off the cuff, but as it turns out, we managed to find Donald Trump’s speechwriter for that South Carolina speech. Here he is.

Okay. All kidding aside, and no offense to the kid in that video there, but something was really odd about Donald Trump in that rally in South Carolina. He was slurring his words tremendously. Go back, watch that clip, and listen to that. That’s not how that man usually speaks. And, I know he always has trouble forming coherent thoughts into paragraphs, but something wasn’t right Monday night. And if you can listen to that incoherent gibberish and think, “That’s my guy. This is the guy that’s going to save this country,” then there is also something clinically wrong with you.

This is not an intelligent human being. This is not a man who has answers for the big questions and problems facing this country. This is a man who’s out there trying to brag about things that he didn’t actually do, making claims from other people that they didn’t actually say, all to make himself look better. This has nothing to do about fixing the country, or making America great again. This is all about boosting Donald Trump’s ego. But, as his mental prowess continues to slip, as it clearly was Monday evening, it’s going to be a lot harder for people to buy in to Trump’s claims that he is the best and brightest we have to offer.