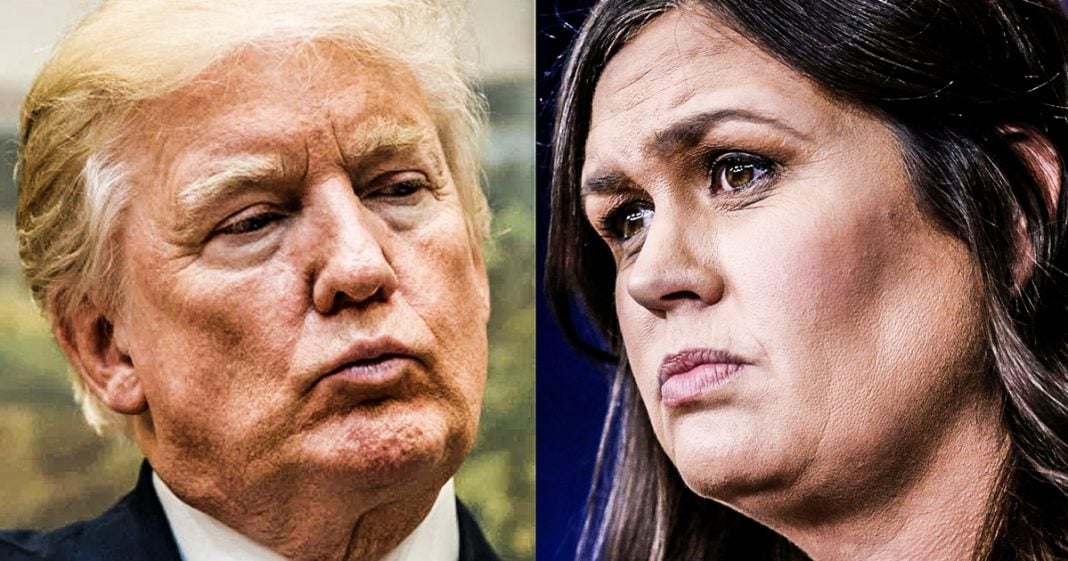 The New York Times is reporting that Donald Trump thinks that his press secretary Sarah Huckabee Sanders is weak for not walking out of the White House Correspondents Dinner back in April, and that he is planning on “grading her” on how she looks on TV. With Sarah already contemplating an exit from the White House, this report may give her the courage necessary to walk away from her toxic employer. Ring of Fire’s Farron Cousins discusses this.

If you want to call her weak, talk about how weak she is when she goes out there and faces the press every day and insults them and lies to them. That’s weakness. Weakness is not being able to stand up and tell the truth, even if it’s going to make you unpopular. But she is unwilling to do that. The New York Times article actually goes even further than that, though. It’s not just that he thinks she is weak. It’s that he has started asking other people in the White House how they perceive her. “What do you think about her? More importantly, what do you think she looks like on camera?” According to the sources in this New York Times article, Donald Trump said he is going to start grading Sarah Huckabee Sanders on her appearances on television. Now this is not shocking. We have known that Donald Trump praises members of his cabinet for how they look on TV, how they dress, how they present themselves, how they defend him. So it’s not surprising that he would want to do the same for Sarah Huckabee Sanders.

It is, however, a little bit beneath the office of the President to base your entire opinion on someone on how they look on TV, on how they sound on TV. But that’s what this Trump administration is. It is a very bad and very poorly rated reality show that unfortunately everybody in this country is being forced to watch.