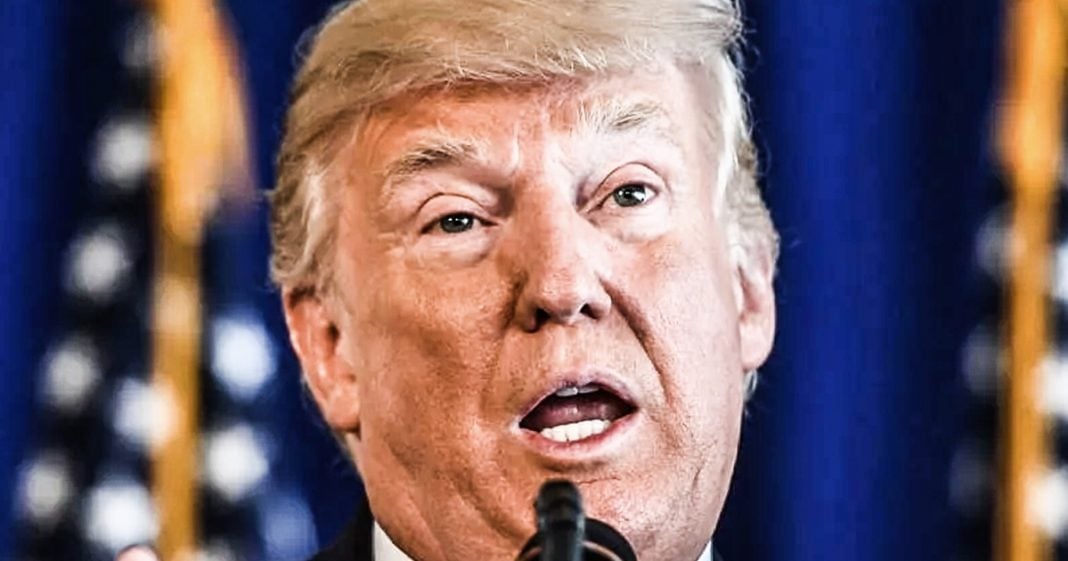 The Trump administration has realized very quickly that the government does not have an infinite supply of money, and housing thousands of detained migrants isn’t cheap, so the administration is now planning on taking money AWAY from vital homeland security activities like funding the Coast Guard in order to pay for Trump’s insane policies. Ring of Fire’s Farron Cousins discusses this.

The Trump administration is quickly finding out that money for the Federal Government is not an infinite resource. They don’t just have stockpiles of it, and if you want to keep doing things you have to have the money to do it, which in some cases means you have to take money away from other vital services which is exactly what this administration’s trying to do right now. According to new reports the Trump administration is trying to steal, take away money, from the Coast Guard and use that money to help fund ICE down at the U.S.-Mexico border, and to help pay for these child prisons that we’re building and having pop up all over the country.

They’ve run out of money basically for border security as they like to call it, but it’s really terrorism right here on the homeland, so they have to take money from the Coast Guard who, by the way, were instrumental last year in helping people and providing aid for those ravished by hurricanes and yes, in case you didn’t realize it, we’re now in hurricane season. So, yeah what a perfect time to take money away from basically the only group of Americans from the American government that actually do something in a time of crisis, because God knows FEMA’s virtually useless at this point, but at least we had the Coast Guard out there to help save people and provide aid. But that doesn’t matter to this President who has continuously praised the Coast Guard for everything they’ve done, and now he’s going to try to starve them of money because he wants to make his last stand as President on the U.S. border and send more people back to where they came from because we don’t want them here in this country.

That’s what this is all about. He is willing to literally risk the actual safety and security of American citizens by cutting funding for the Coast Guard in order to do his little border show, because that’s what it is ladies and gentleman. And I know we’re rounding up immigrants at an alarming rate, but also, if you’ve paid attention to reports, most of these border agents that we’ve sent down there, including the National Guard that a few governors have decided to send down there as well, do you know what they are doing? They’re picking up trash, they’re digging wells, things like that for people because they have nothing to do. Why? Because the immigration problem isn’t nearly as bad as Donald Trump’s making it out to be, and yet he wants to throw more money at it so that he can gin up his base and act like he’s actually doing something about the problem.

And this new proposal actually comes after last year when Trump also wanted to cut funding for the Coast Guard in order to start paying for his border wall. Donald Trump is going to starve this government of money in order to do whatever it takes to prove to his base that he’s doing something about an immigration problem that actually doesn’t really exist the way that he says it does, even if it means putting American lives at risk. He doesn’t care as long as it wins him just a few more ticks of support from his crazy, deranged base.