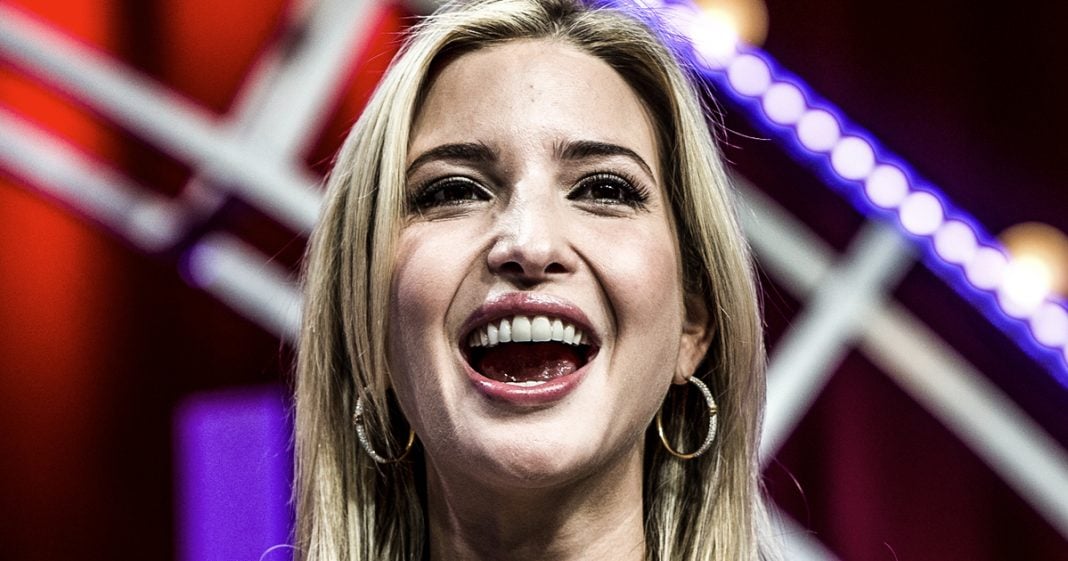 Ivanka Trump believes that she is helping migrant children removed from their parents by handing over $50,000 to a megachurch pastor. But in reality, she’s helping to fund one of the largest anti-LGBTQ leaders in the country. Pastor Jack Graham has fought relentlessly against equal rights, and Ivanka thinks he’s the perfect man to hand over her cash to. Ring of Fire’s Farron Cousins discusses this.

Ivanka Trump still has not become the savior of, well, anyone, that everyone thought that she may end up being in this Trump administration. It was recently announced that Ivanka Trump, after making $82 million last year along with her husband Jared Kushner, she just gave $50,000 to mega-church pastor Jack Graham, who is a good friend of the White House, frequently goes there and holds prayers. And this $50,000 is allegedly to help those in need in this country, including some of those children who her father has had rounded up and separated from her parents. $50,000 to this guy. Well, as it turns out, Jack Graham at the Prestonwood Baptist Church, good friend of the Trump administration, guy who’s defended trump nonstop, he also hates the LGBTQ community. One of the communities that Ivanka Trump swore to us she was going to protect and represent as the daughter of the president of the United States. Just handed $50,000 to a man who has spent his adult life trying to take away rights from the LGBTQ community.

Listen, 2014, he worked to repeal a nondiscrimination ordinance in Plano, Texas. In 2015 he lashed out at the Supreme Court over the ruling on marriage equality by saying, “Gay marriage violates God’s standard and is outside God’s plan for men and women.” In 2016, after the Access Hollywood tape came out, he stood by the president and defended him. He also defended Donald Trump after his comments about the Unite the Right rally in Charlottesville in 2017, when he said there were some very find people there. This is the kind of guy that Ivanka Trump just handed $50,000 to because she thinks somehow that’s going to help children in the United States who need some help.

Does Ivanka not know of any other charitable organizations in this country? I mean, hell, she actually sits on the board of one, or at least did until her father became president of the United States, but her brothers are still on it. She could’ve given the money to them, although I think she knows at this point that any money you give to a Trump charity just goes back into the pockets of the Trump family itself. Ivanka Trump does not care about anyone in this country. I am sick and tired of people still thinking that someday she’s gonna come out and be the savior. She’s not defending the LGBTQ community, she’s not defending the environment, she’s not defending these detained children, she is not helping the needy. She is not doing anything other than helping her husband arrange deals to personally enrich themselves, and that’s how they made $82 million while still being employees of the Trump administration.

Ivanka Trump is just as bad as her father. She is no different than him, she is not better than him. She may not be as … on the surface, as abrasive as he is, but she is filled with just as much hate and hypocrisy and arrogance as Donald Trump.