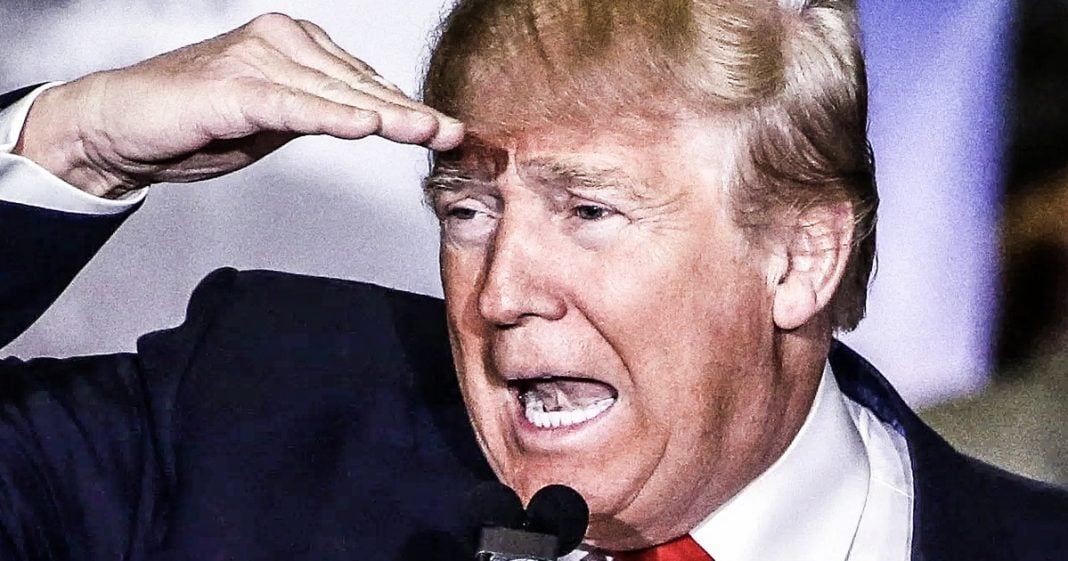 Donald Trump took to Twitter early Monday morning to finally let his thoughts about the Red Hen restaurant in Virginia known to the public. The restaurant, which gained overnight attention when they kicked out Sarah Huckabee Sanders on Friday evening, was attacked by the President as both “filthy” and “in need of a paint job.” There are grounds for a libel suit here, if Red Hen wants to go that route, as Ring of Fire’s Farron Cousins explains.

On Monday morning, Donald Trump decided he was going to finally wade into the Sarah Huckabee Sanders dinner controversy, and he tweeted out the following: “The Red Hen Restaurant should focus more on cleaning its filthy canopies, doors and windows, badly needs a paint job, rather than refusing to serve a fine person like Sarah Huckabee Sanders. I always had a rule, if a restaurant is dirty on the outside, it is dirty on the inside.”

Congratulations, President of the United States of America, you just libeled a private business here in the United States. The Red Hen restaurant absolutely has the legal grounds to file a defamation suit against you now. Can you verify any of the claims that you made in that tweet? Have you ever even seen this restaurant that they’re talking about? Because if not, then this seems like a slam dunk lawsuit for The Red Hen.

I know plenty of lawyers around that area that would be more than happy to take that case. I 100% believe that they should sue. The president of the United States is so petty that he decided to jump into Sarah Huckabee Sanders’ dinner controversy to slander, libel, this independently-owned business here in this country. Wow.

But you know what? The illegality actually doesn’t even stop there. Because according to the White House ethics rules, Sarah Huckabee Sanders’ initial tweet about being kicked out of the restaurant, and then making a remark about the owner, is also illegal. You can’t do that from an official government account. Not only did Trump libel this business, which opens him up to the possibility of a lawsuit, but Sarah Huckabee Sanders also broke ethics rules by tweeting out the incident from her official government Twitter account.

Now, is anything going to happen to Sarah Huckabee Sanders because of this? Absolutely not. I seriously doubt the White House ethics office is going to open an investigation into the Twitter account that she used to talk about her bad Friday evening. But they could, and honestly, they should.

Again, because he is so petty and disgusting, Donald Trump goes out there, libels this business, while completely forgetting the fact that if he’s talking about a restaurant being dirty, he needs to talk about Mar-a-Lago that has suffered very serious health code violations in the last 18 months since he became president: good served at improper temperatures, which allows for bacterial growth; food not labeled properly; bugs, other things like that found in the kitchen. Yeah, how about you focus more on your restaurant’s cleanliness than attacking somebody else on Twitter because they didn’t want to serve the woman who goes out there and gets paid to lie for you every single day.