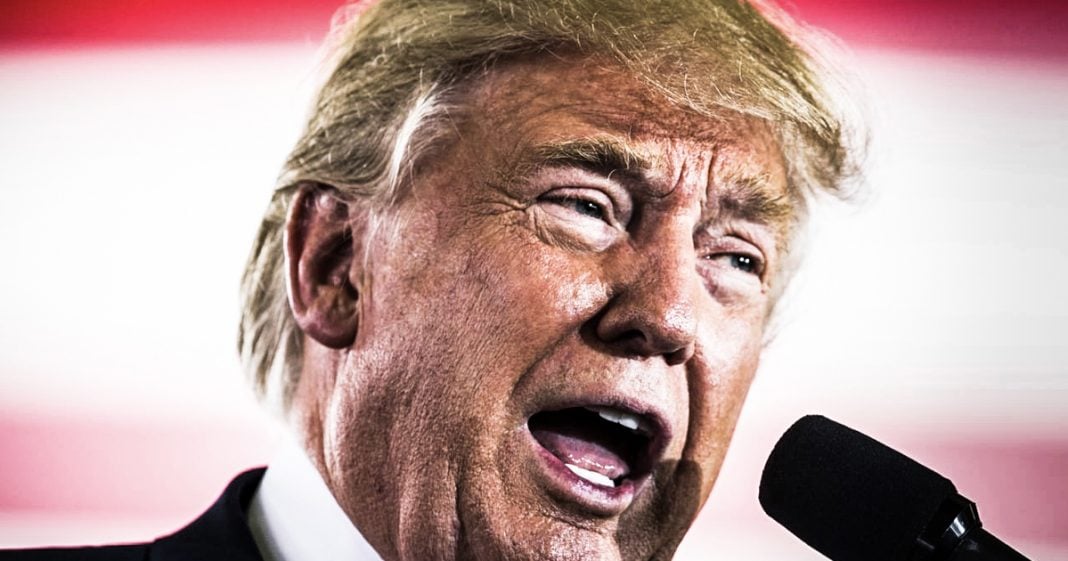 According to court documents, Donald Trump actually loves undocumented immigrants and used them quite frequently before he ever stepped into politics. In the 1980’s, Trump hired hundreds of undocumented Polish immigrants for construction projects where they were paid $4 an hour and not given proper safety gear or training. Will Republicans actually care about the President’s hypocrisy? Likely not, as Ring of Fire’s Farron Cousins explains.

I’ve you’ve ever taken the time to look at Donald Trump’s Twitter feed, then you probably understand that Donald Trump absolutely hates undocumented immigrants here in the United States. But, if you go to look back at his businesses and his hiring practices, you’ll actually see quite the opposite. Because as it turns out, Donald Trump absolutely loves undocumented immigrants when he can pay them super cheap rates to do labor without having to give them proper training, proper safety equipment, or anything that a regular citizen worker would require.

According to newly released court documents, back in 1980, Donald Trump hired William Kaczynski and his group of about 200 undocumented Polish workers, for a demolition project in New York City. He paid these workers $4 an hour. But the most egregious part is that he did not give them any safety equipment, did not give them any training, and most of these workers were required to work between 12 and 16 hours per day. Now this is 12 to 16 hours of breaking up concrete floors, ripping out electrical wires, cutting pipes and working with asbestos fibers. Donald Trump did not provide any kind of respirators for them, any kind of protective clothing, goggles, hard hats, nothing. And he paid them $4 an hour because he could, because they were undocumented workers.

Ultimately, turns out William Kaczynski, the man who kind of ran this undocumented ring, didn’t end up paying the employees, so they had to sue both Kaczynski and Donald Trump. Trump ended up settling for … What was it, about 1.375 million dollars that he owed these undocumented workers, and successfully lobbied to keep these court documents sealed for more than two decades, up until last week. And that’s when we learned what Donald Trump really thinks about undocumented immigrants here in the United States. He loves them, when he can take advantage of them. When it works well for his business. But if they’re coming over here just trying to seek a better life, and maybe even a decent wage, no. We have to send those people back. We have to send them back super fast, right? But, if he thinks he can get a little bit of cheap labor out of them, then sure. They can hang around for a while.

According to the court documents, Donald Trump claims he had no idea these were undocumented workers. But, according to his lawyer at the time, he had threatened these workers with deportation through his lawyer, during the time they were working for him. So his little argument there fell completely flat. He knew he hired undocumented workers. He would threaten them with deportation if he didn’t feel they were working hard enough. And, he allowed them to be exposed to deadly situations, deadly substances like asbestos, without even giving any regard whatsoever for their safety, health or well being. That is the man that is President of the United States, and his practices as President are reflected in his past business practices. That’s how he views the United States, right? All of us are expendable. But, as long as we’re working towards whatever goal it is he wants, then maybe he’ll keep us around a little bit longer.