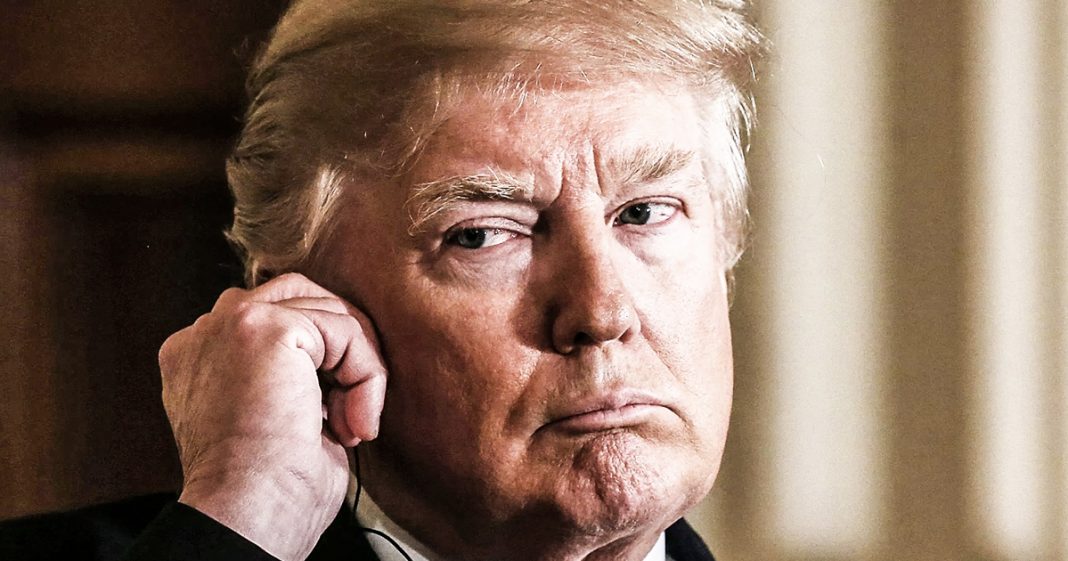 Donald Trump has made some pretty lofty statements about the alleged deal that he brokered with North Korea, its just too bad that the Pentagon says none of these statements are true. Trump is lying about his successes with Kim Jong-un, and the likely reason is because there are no successes to actually brag about, as Ring of Fire’s Farron Cousins explains.

Donald Trump is lying about everything that came out of his recent meeting with North Korean leader, Kim Jong Un. And if you don’t believe me that he’s lying about everything that happened, then maybe you should talk with Jim Mattis over at the Department of Defense at the Pentagon. Because the Pentagon had to come out this week, when reporters asked about all of the claims Trump had been making, whether or not they were true. Some of those claims include the fact that North Korea was actively, right now, denuclearizing and destroying their nuclear test sites. According to Jim Mattis, yeah, that’s not actually happening. They don’t know if it will happen, they don’t know when it will happen, until they get an actual agreement worked out.

So while Donald Trump is out there and while the media’s fawning over him for allegedly doing this great thing that no other president could ever do, it turns out that he really didn’t do a damn thing, did he? He went over there, had a great photo op, legitimized a brutal, murderous dictator, and came away with nothing except a handful of concessions from the US because we’ve stopped doing military exercises with South Korea.

And here’s the thing that people don’t seem to understand, Kim Jong Un, in the agreement, agreed to the denuclearization of the Korean Peninsula. That’s an interesting word isn’t it, Korean Peninsula. Because that would indicate both North and South Korea, not just North Korea. And while South Korea does not have nuclear weapons, they do have the United States umbrella of protection, which means if they are attacked, the United States is obligated through our agreements to go and defend them any means necessary. So denuclearization of the Korean Peninsula, as Kim Jong Un actually agreed to, would seem to indicate that the US would also have to denuclearize.

I’m 100% for that, to be honest. I would love to see every nuclear weapon we have destroyed and deactivated, but Trump’s not going to do that. No US president, regardless of party, would ever do that because they like the power that comes along with knowing that these things are there. But Km Jong Un, unfortunately to have to say this to his credit, is not a complete idiot. He knows what he put in that agreement, which apparently was just a preliminary agreement to begin with. He is not currently dismantling his nuclear sites, they’ve destroyed a few tunnels, but the Pentagon says that the nuclear testing sties still exist and that there is currently no framework under which they are going to actively be destroyed. Yeah, Kim destroyed a few things earlier this year, and that was long before the agreement, that had nothing to do with Trump, it’s because they were old and outdated.

Donald Trump is lying about any success he may have had from this Kim Jong Un meeting. Why? Because according to his own government, there are no successes whatsoever to be bragging about.