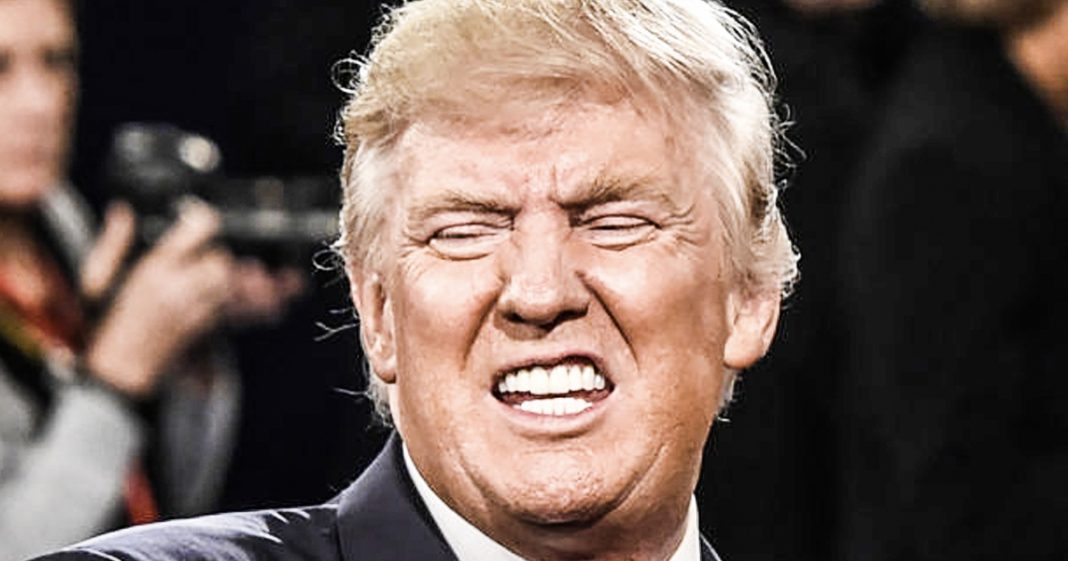 According to reporters who have spent every day of this administration paying close attention to the President, Donald Trump’s mental stability is declining at an alarming rate. Citing the increased frequency of his lies and his erratic behavior, these observers agree that something has changed with the President. And they aren’t wrong, as Ring of Fire’s Farron Cousins explains.

A great new report came out in the Washington Post this week by Ashley Parker who talked about the fact that Donald Trump’s behavior and his frequency in lying has kind of gone off the rails in about the last month or two. Ashley Parker is actually 100% right about that.

Donald Trump has always been a liar. In fact, according to the fact checkers there at the Washington Post, he’s still lying an average of 6.5 times per day over his entire administration, which has been 497 days. Almost 500 days, basically.

Anyway, in the last few weeks alone, the frequency with which he lies has grown exponentially. A week ago, Friday, he lied 19 times before noon, Eastern. 19 times in one morning, on one day. Why? That’s the question Ashley Parker was asking about this, is why? Why are the lies increasing? Why is the behavior getting weirder? Hell, we saw this week, he’s hugging flags, he’s accusing Canadians of smuggling shoes, he’s lying about his family separation policy constantly. The reason is because these investigations that are going on are starting to freak him out.

Another possible reason is because John Kelly’s given up. New reports earlier this week said John Kelly just says, “I don’t care anymore. Do whatever you want, even if it leads to your own impeachment.” There is nobody looking over Donald Trump’s shoulder anymore. Hope Hicks is gone. She was his closest confidante. She was his best friend in the White House. Ivanka Trump has gone MIA ever since she got slammed for sharing that picture of her and her child on Twitter while staying silent about the administration’s family separation policies, so she’s disappeared. Jared Kushner’s fighting off five different investigations. Scott Pruitt’s fighting off more than 12 different investigations. So, Trump has no one except for Fox News.

One thing we’ve noticed as Trump’s behavior has gotten more psychotic is that so has Fox News. Sean Hannity, Tucker Carlson, Laura Ingraham, all of them within the last week were sitting there telling us things that everybody, including their audience, was commenting on Twitter saying, “This is not true. You’re absolutely lying about all of this.”

Tucker said don’t ever trust anything you hear in a media outlet that’s not Fox. Sean Hannity said the IG report shows that Hillary Clinton should be in jail even though it said the exact opposite. Laura Ingraham said that these detention facilities, these internment camps, are basically just summer camps for these little kids.

Fox News gets crazier, Donald Trump gets crazier, and the country just sits back in horror as we realize that our president’s mental stability is on a very rapid decline, and it’s been over a year since psychologists, psychiatrists, mental health experts warned us about Donald Trump’s mental state and how dangerous it was. Here we are, one year later, watching in horror as all of their predictions have come true. He is freaked out about Mueller investigation, he’s freaked out about Michael Cohen flipping on him, he’s freaked out because he has no friends, and no allies, and no one to reign him in, so he relies on Fox News. So, he gets crazier, and they have to up it, and they get crazier. Again, we are the ones who have to sit here and watch this freak show continue to destroy this country.