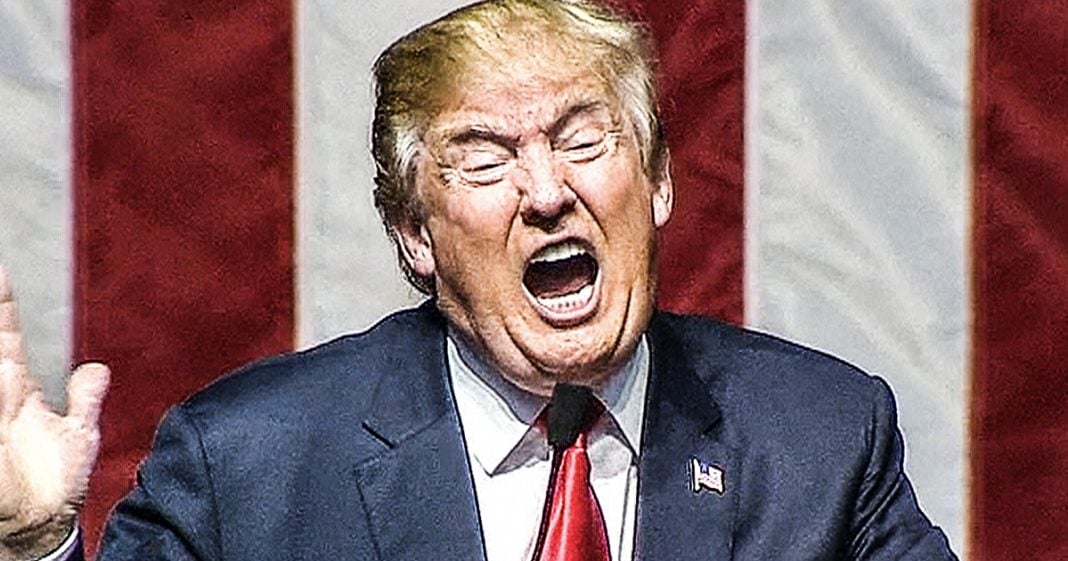 Donald Trump signed an executive order this week that actually repeals an executive order by the former Obama administration. The Obama order had required any offshore drilling in US waters to be reviewed thoroughly by multiple parties to assess the risk, and now that Trump has killed it, it will allow fossil fuel companies to drill more and, of course, spill more. Ring of Fire’s Farron Cousins discusses this.

You know it’s pretty easy to get distracted by the stupid things that Donald Trump tweets out or the insane cult like behavior that happens at his campaign rallies but it’s also important to remember that when the cameras aren’t on him and when he’s not Tweeting out, this moron is actually creating laws here in the United States. And earlier this week, he created one, or should I say repealed one, that is going to affect millions of people in coastal communities all over this country.

On Tuesday evening, Donald Trump signed an executive order to reverse an Obama executive order that actually protected American waters from offshore oil drilling and by extension, oil spills. See Obama put an order in place that said, “If you want to go out there and drill in any of our U.S. waters, this decision has to be made and approved by a panel.” It has to go through multiple channels, multiple analysis. We’ve got to do risk assessments. We’ve got to do tests to see if there is a spill, who’s going to be affected, what’s it going to do to the environment, basically do your due diligence before signing off and saying, “Sure, go drill. Bye.”

Trump said, “Screw that. No, you want to drill, go drill.” And he actually says in his order that he hopes this does spark more offshore drilling. Here’s one of the reasons why this is so important. Obviously, everybody in this country knows that oil spills and water are bad. Right? I don’t think there’s any disagreement on that. Even among people who don’t give a crap about the environment. But here’s the thing, the city I live in was one of the most impacted by the 2010 BP Deep Water Horizon Oil Spill. For months, months I would walk out of my house and smell oil washing up on the shores. And I don’t even live on the water. But you could smell it in the air.

There were countless breathing problems. Doctors I spoke to said that they were inundated with people with respiratory illnesses because of these oil spills. And then the disbursements came. And it got even worse. Children, or women who were pregnant during that time overwhelmingly gave birth to children afflicted with asthma right off the bat because of the fumes and the toxins and the chemicals that were in the air. And that doesn’t even include anything that that oil actually did to the environment which we all know helped destroy tourism for at least a year, possibly even two all along the gulf coast for us.

And Trump just said, “Do it more. Do it deeper. Do it better. And if you spill, you spill. Who cares, right? It’s just the only environment we have. It’s just people’s health. It’s not my health so why would I give a damn about anyone that isn’t me?” And that is the Trump mentality. And to be honest, it’s the mentality of every single person that still supports him. You don’t care about what happens to your neighbor or your brother, your sister, your mother, your father, your friends, coworkers. Just as long as you’re okay and you get yours, then everything’s perfectly fine. And once we realize that Trump’s supporters are exactly like Trump himself, it becomes a lot easier to understand why there is this cult like following of this psychopath sitting in the White House.