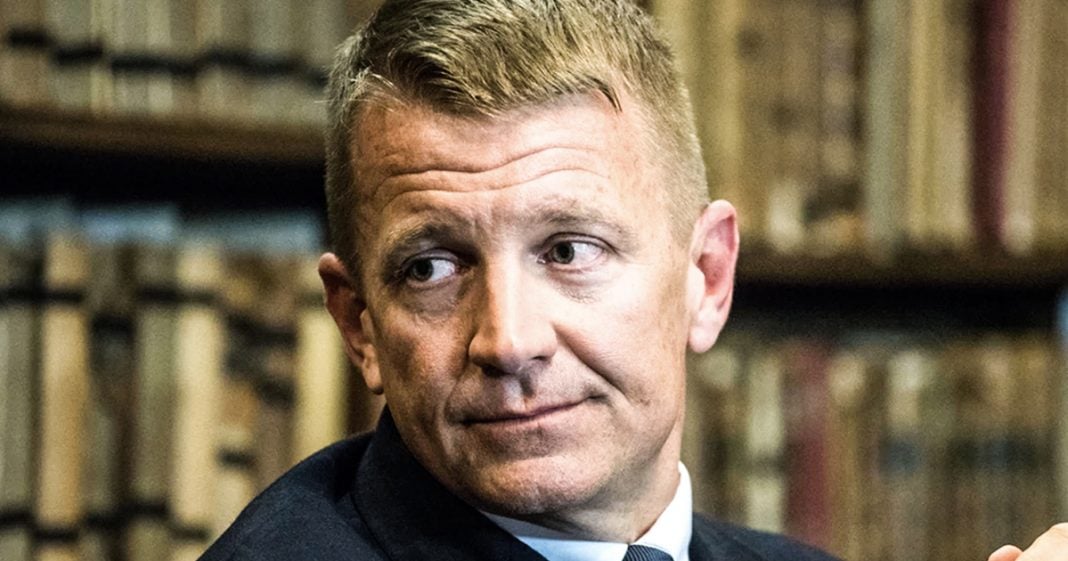 A new report by The Daily Beast reveals that Erik Prince, the founder of the mercenary firm Blackwater and a close ally of Donald Trump, has been cooperating with Special Prosecutor Robert Mueller for some time now. Prince the guy who attempted to set up a backchannel between Russia and the Trump campaign, so his cooperation could be the missing piece of the collusion puzzle we’ve all been waiting for. Ring of Fire’s Farron Cousins discusses this.

Now, I saw some criticism of this, some people had said that cooperating doesn’t necessarily mean he’s giving information, it just means that he’s following the rules. Not exactly, anybody who’s had to testify or sit for a Q&A with Robert Mueller, that is not necessarily cooperating, or at least what we would call cooperation in terms of an investigation. A cooperation is when somebody actively works with the investigation, giving them more information than they need, more information than they may ask for, and always being willing to come in and answer more questions and do more for the investigation itself.

Erik Prince could be, and most likely is, the missing piece of the collusion puzzle. Now, I have said from the beginning collusion would be a very difficult crime to actually prove. And contrary to what the Trump administration says, yes, it is an actual thing and it is a crime, it’s just damn near impossible to prove. But Erik Prince might be the one guy that is able to do it, since he is the guy who offered to set up these back channels for the Trump administration. And if they agreed to it, then that is the icing on the cake, and the slam dunk that Robert Mueller needs to finalize this investigation.