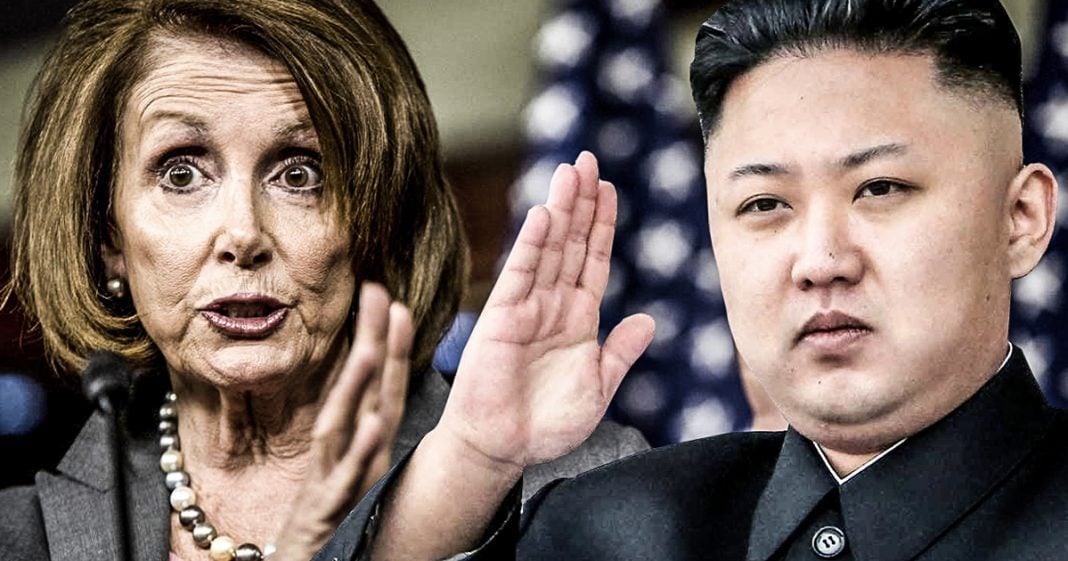 A new poll shows that self-identified Republican voters have a more favorable view of Kim Jong-un than they do of Democratic House Minority Leader Nancy Pelosi. The tribalism on the right has got to stop before they act out on their hatred for anyone calling themselves a Democrat. They have lost their collective minds. Ring of Fire’s Farron Cousins discusses this.

If you want to know how bad things have gotten within the Republican Party and not the politicians but the actual voters, then take a look at this new poll. According to a new poll published by The Daily Beast earlier this week, 19% of self-identified Republicans actually have a favorable opinion of Kim Jong Un. 19% think that hey, Kim Jong Un’s not that bad of a guy. Meanwhile, only 17% have a favorable view of Democratic House Minority Leader Nancy Pelosi. 17 to 19. They would rather, I guess, have Kim Jong Un as the Minority Leader in the House than they would Nancy Pelosi.

They think that a brutal dictator, who murders his own people, who has kidnapped and imprisoned and killed American citizens. They think that he is somehow better than Nancy Pelosi. The thing with this is that this is what tribal politics brings you. That is what this is about. Republicans would rather look favorably upon a dictator than they would a Democrat. And to be honest, I don’t think a lot of Democrats would be that different on the far end of the scale because we have plenty of hard-core, DNC-loving, flag-waving Democrats who would rather die than ever say a kind word about a Republican.

But that is tribal politics here in the United States, and that is what is driving so many people crazy. It’s always also us versus them, right? It’s always my side versus your side, your side versus my side on every single issue. There’s no common ground. We’re always fighting. You’re always wrong. I’m always right. But that’s not how it is. The Democrats in this country have screwed things up plenty. The Republicans have screwed things up a lot more than that, but none of them are perfect.

But what happens when we have these tribal bands is that we never, ever see progress here in this country. Things get further polarized. So, when there is a shift in power, and the Republicans take over, they won’t work with Democrats. And then, when Democrats get power back, they won’t work with Republicans at that point because that hatred just continues. The constituents, some of them not most of them but some of them, carry that as well, and that’s why we see this younger generation, the millennials, wanting to abandon Democratic and Republican Parties. They don’t want to be a part of this. They want to address issues not favorability ratings, not who’s right, who’s wrong, who’s somewhere in-between. They want somebody that’s just going to go out there and do the damn job because right now, we don’t have that.