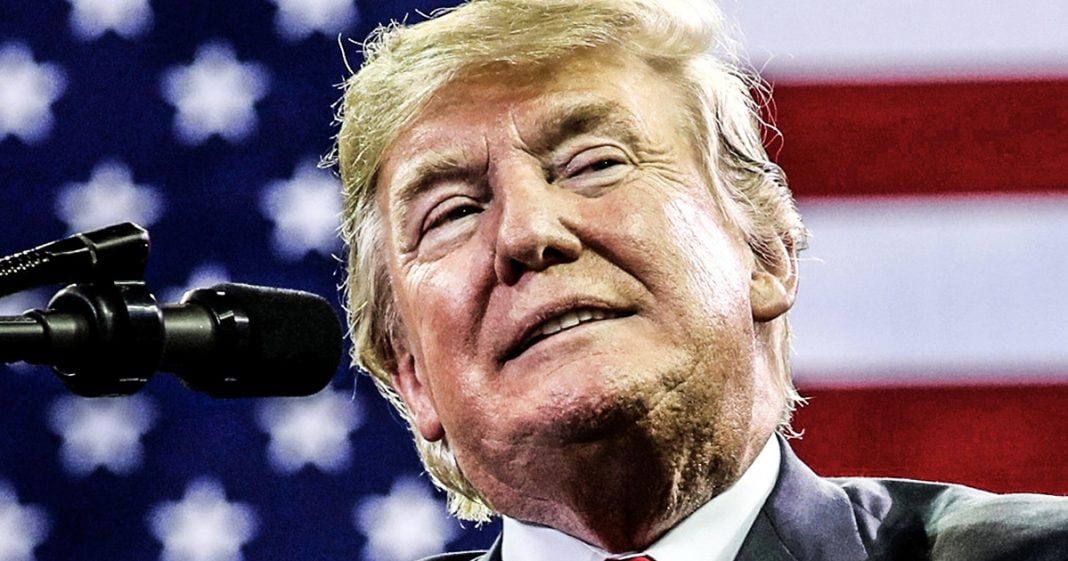 Donald Trump must be worried about something because the rate at which he is lying to the American public is increasing at an alarming rate. According to analysts, the President has now told 71 lies in the last 14 days, and the lies are becoming far more obvious and easier to debunk. What has the President so terrified? Ring of Fire’s Farron Cousins discusses this.

A week ago today, Donald Trump told more than 14 lies in a five-hour period last Friday morning. Before noon, the guy hit more than 14 total lies that he told to the American public. In the last two weeks, he has lied at least 71 times. 71 misleading statements or false statements, according to the Fact Checkers. Now, they only include things that they can verify as false. They do not include actual lies from the President of the United States because they say, according to one source here, you can’t really include those because if he lies because he honestly doesn’t know, that’s not exactly the same thing. It really is, but we’ll go ahead and go with the 71 number. 71 lies in 14 days, which means that the frequency with which the President of the United States is lying is growing at a nearly exponential rate at this point. I mean, more than 14 lies before lunch last Friday.

The big question is, why? Why the increase? We already know that the man lies on average of six and a half times per day, according to Washington Post fact checkers. If he is increasing the frequency of his lies, which he has been steadily throughout the year, but the last two weeks have seen a major uptick, there has to be a reason, right?

Well, let’s take a look at everything that’s happened in the last two weeks that might give Donald Trump a little cause for concern. First and foremost, the fact that he made a complete ass out of himself and the entire United States at the G7 Summit. A lot of bad, negative news coming out about the President from that meeting, so obviously he has to lie about it.

Then there was the Kim Jong-un summit, where he said he got us the moon and stars, and yet walked away with absolutely nothing but a handful of empty promises from Kim Jong-un.

Then, of course, we find out that his administration is separating children from their parents, sticking them in cages, drugging them, beating them, doing everything horrible imaginable to these children. So, of course, he’s going to lie about that.

But, see, those are just policy lies. We’re used to those from presidents, right? Maybe not on this scale, but, come on, every president lies about that. So, what else could it be?

Oh, I know. The Mueller investigation and the Michael Cohen investigation. Last week, Paul Manafort went to prison while he awaits trial. Robert Mueller desperately wants to interview Donald Trump, but his lawyers are not going to let him because they know he’ll perjure himself. Michael Cohen, who’s lost his legal team, has pretty much said to his friends, “I’m going to turn on the President.”

When you take all of those things combined, it becomes clear why the President is getting so desperate to mislead the public on every single thing that he has done. With the G7 Summit, and North Korea summit, and the immigration thing, he wants us to think that he’s a good policymaker, that he knows what he’s doing. In terms of the investigations, he wants us to think that they’re all witch hunts, that they’re all fake. When, in reality, it’s his policy that is completely fake, and heartless, and horrible. But it’s the investigations that are honest to goodness truth and the American public is finally starting to figure out what a horrible human being this man has been for most, if not all, of his entire life.

As this investigation drags on, as all of these investigations drag on, we’re going to see the number of lies told by the President continue to increase because that’s all he has left. He knows he can’t win on the facts, so he has to create his own reality in order to get people to believe what he says.