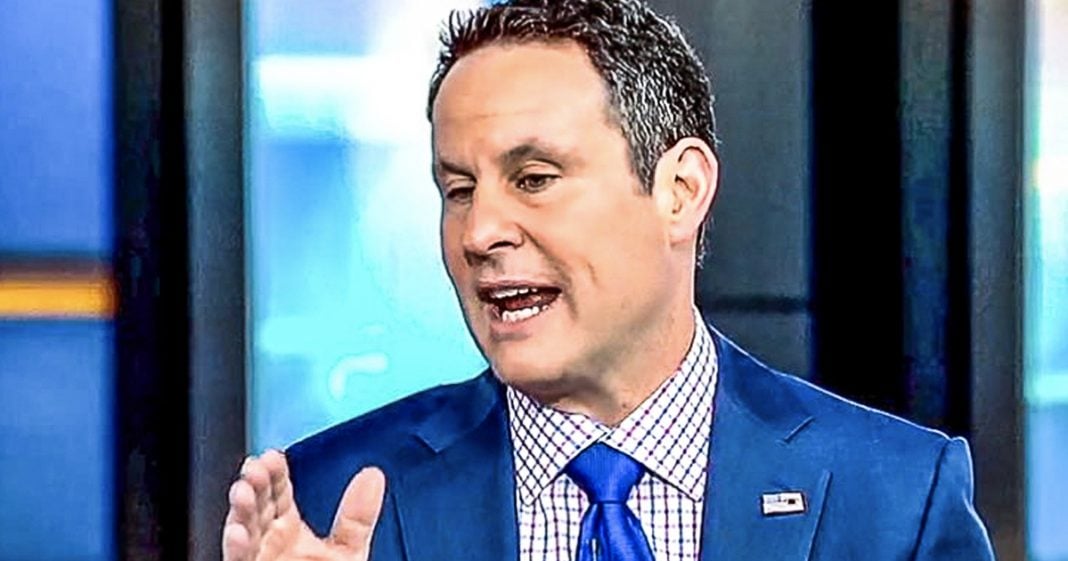 Fox & Friends host Brian Kilmeade has always been mocked as the least intelligent host of the highly-viewed morning program on Fox News, but this morning he really earned that title by defending Trump’s family separation policies by saying that at least these aren’t AMERICAN kids. Just when you thought they couldn’t get any more heartless. Ring of Fire’s Farron Cousins discusses this.

Fox and Friends, as we all know, is one of Donald Trumps favorite programs on Fox News. He typically live tweets the show every single morning. Some mornings it’s a little bit behind because, I guess he’s [inaudible 00:00:13], but nonetheless it’s his favorite show. So they always go out of the way to defend anything the President does. And, on Friday morning, Brian Kilmeade went out of his way to show you how heartless this network truly is. Take a look.

Brian Kilmeade: The other thing that I think is the biggest joke that we’re not addressing. It wasn’t President Trump’s idea to have everyone leave from Central and South America in June and well up at the border. Somebody has to deal with this issue. It doesn’t matter who the President is. If you don’t like his policy, he’s also open to your policy rather than just criticizing his. He’s trying to send a message to the other countries. This is not the way you do it because this is a country that has rules and laws. The Port of Entry will be one thing. We can boast of those laws. We just can’t let everybody in that wants to be here. And, like it or not, these aren’t our kids. Show them compassion. But it’s not like he’s doing this to the people of Idaho or Texas. These are people from another country and now people are saying that they’re more important than people in our country who are paying taxes and who have needs as well.

Well, that’s right. I mean, you can show them compassion, but it’s not like it’s our kids. These are not from Idaho or uh, uh, uh, uh, Texas. I don’t know why it took that moron so long to think of the word Texas. But anyway, this video is infuriating and it shows the callousness that most Republicans have, not just towards the detained children but towards humanity in general and this is everything that’s wrong with the Republican Party. “It’s not our kids. It’s not my life. It’s not my bank account. I’m not developing cancer from these chemicals that corporations are dumping into the air and water. So why should I care about anyone else?”

Because that is the difference between Democrats and Republicans. And it always has been and I feel like it always will be. The Democrats have a ton of faults, right? They do. But most of them at least understand the concept of basic human empathy. We’re able to care about people that are not ourselves. It’s remarkable really. It’s like two different worlds here. Republicans are only capable of caring about themselves but Democrats, for all their flaws, at least have sympathy and empathy for other human beings. That’s the difference between a party of the people and a party like the Republicans of complete and total sociopaths.