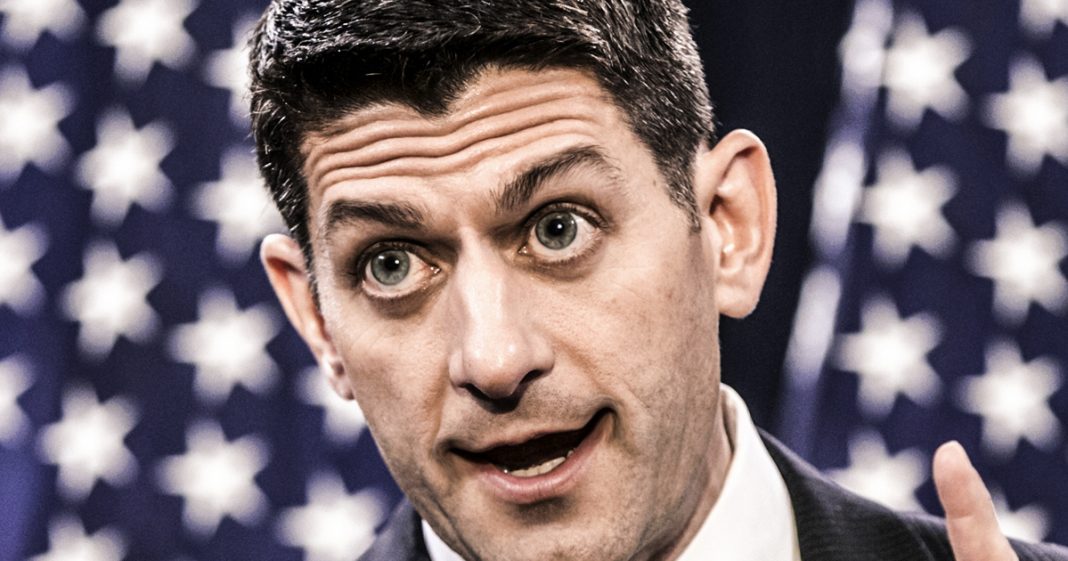 House Republicans, led by the soon-to-be retiring Paul Ryan, quietly unveiled their 2019 budget this year which includes TRILLIONS of dollars in cuts to social safety net programs that help keep millions of Americans afloat. It seems like Paul Ryan is determined to ruin this country before he leaves office, as Ring of Fire’s Farron Cousins explains.

Paul Ryan the Republican Speaker of the House of Representatives, really has only a few more months left in office, before he’s going to retire. And in those last few months this guy has in office, he is hell-bent on absolutely destroying everything good about the United States of America.

Paul Ryan and his Republican colleagues in Congress, let’s give them all credit, they literally stole money to take away health care from poor people in this country to give the wealthy elite a tax break. Poor people will die, that’s not hyperbole, we know what happens when people lose health insurance in this country. They can’t afford to go to the doctor, they can’t afford medication and therefore they die. Paul Ryan is willing to kill people in this country, because they didn’t have enough money to benefit from his tax cut plan.

But that’s not everything. We’ve got four billion dollars in cuts coming to Social Security, we got over 500 billion dollars in cuts coming to Medicare, the healthcare program for senior citizens, and then the rest of it is gonna come from other programs. At least on Wednesday of this week, they voted down cuts to the Children’s Health Insurance Program, thank God that enough people stood up to protect that.

But let’s not forget what’s happening here folks. It’s easy to get distracted by Donald Trump and his insanity, but no major media outlets are talking about these stories. They’re not talking about the fact that Republican’s led by Paul Ryan, are willing to let poor people die because they want to give their donor’s a tax break.

This is Paul Ryan’s legacy, but you know what else is his legacy? Every person that loses their health insurance and goes to an early grave. We should be putting on headstones, “This is Paul Ryan’s fault,” because it will be. If these budget cuts go through, if Paul Ryan has his way, if his little dream comes true of destroying the Federal Government before he leaves, then that needs to be marked on every gravestone in this country. Of somebody who died from losing their health insurance, because they were just too darn poor for Paul Ryan to care about them.