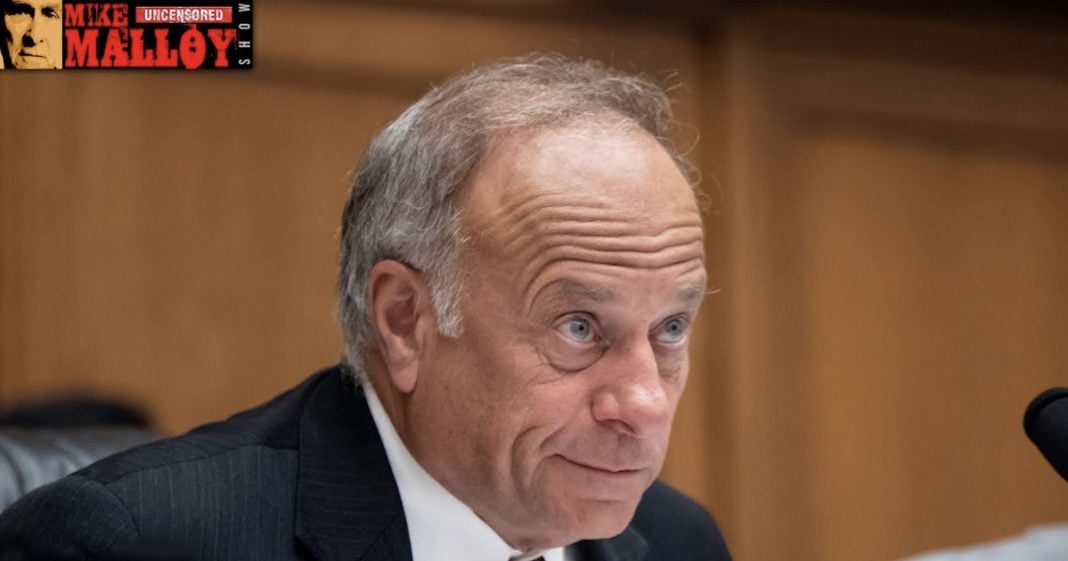 Representative Steve King of Iowa, a Republican with a history of making inflammatory and racist statements about immigrants and promoting white nationalist views, drew criticism on Tuesday after retweeting a British activist who is a prominent Nazi sympathizer and has described himself as an admirer of Hitler.

The activist, Mark Collett, is the former chairman of the Young BNP, the youth arm of the far-right British National Party, and like Mr. King he has often warned that influxes of immigrants pose a danger to Western countries. Mike Malloy discusses this.