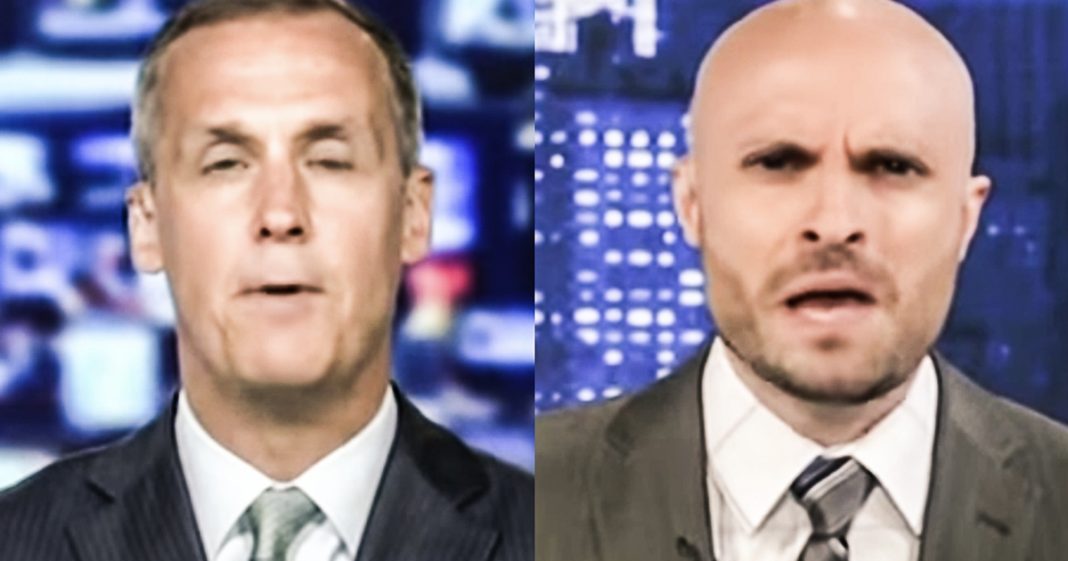 During an appearance on Fox News on Tuesday evening, former Trump campaign manager Corey Lewandowski responded to the news of a 10-year old migrant with Downs Syndrome being separated from her parents with an audible “Womp Womp,” proving without a doubt that this entire administration is just pure evil. Ring of Fire’s Farron Cousins discusses this disgusting human being and the people that he’s mocking.

Zac Petkanas: I mean look, I read today about a 10-year-old girl with Down Syndrome who was taken from her mother and put in a cage.

Zac Petkanas: I read about a … Did you say “womp womp” to a ten-year-old with Down Syndrome being taken from her mother?

Corey L.: What I said is you can pick anything you want out-

Corey L.: … but the bottom line is very clear.

Corey L.: When you cross the border illegally-

That was former Trump campaign manager, Corey Lewandowski. Now, in case you’re not aware of what was happening there, they were talking about the fact that a 10-year-old migrant child was separated from her mother. Now, that child happened to have Down syndrome, and when hearing about that, Lewandowski’s response was, “womp womp.”

Lewandowski, in that clip right there, just proved, beyond any shadow of a doubt, that this entire administration, their policies, are based on nothing more than pure evil. If you hear that story, and your response is, “womp womp,” then you’re about the worst of the worst that humanity has to offer. That is exactly how I would describe Corey Lewandowski, a soulless, disgusting, waste of a human being that is beneath everyone else on this planet.

But, in case you were wondering, Lewandowski has some problems of his own to deal with, so maybe he was a little bit irritable there. For example, the fact that he is actually smack dab in the middle of that New York Attorney General investigation into the Trump Foundation. In fact, she actually tweeted out one of the emails that Lewandowski sent, showing that he was directly involved with directing a charity to benefit the Trump campaign, which is highly illegal. The chances of Corey Lewandowski going to prison are far greater than the chances of him not going to prison at this point.

To be honest, based on what’s happening, based on how disgusting these members of the Trump administration and the former Trump campaign, based on how disgusting they are, I hope Lewandowski spends the rest of his life in prison. I hope every second of the rest of his existence is excruciating for him, that he experiences some of the most miserable things a human being can experience, because that is what these people deserve.

After watching his response there, it should be clear to everyone, there is no rationalizing with Trump supporters. There is no civil conversations to be had here. We are dealing with pure evil, and the ones that aren’t pure evil have been brainwashed by the Trump cult. Do not engage them. Do not talk to them. Do not try to rational … have a rational conversation with them, because it won’t work, because they are all exactly like Corey Lewandowski.