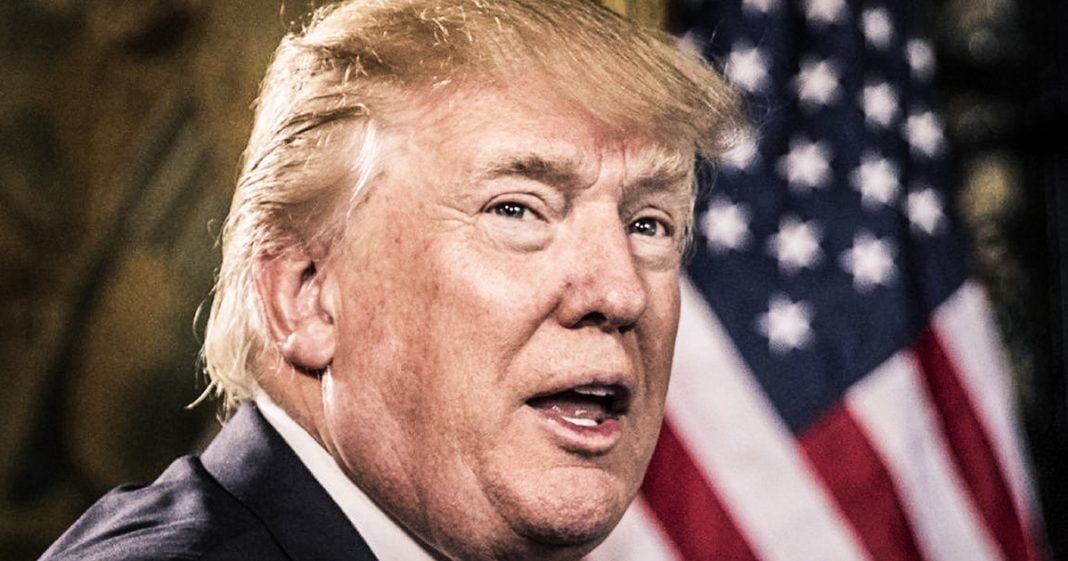 We all know that Donald Trump has a very real problem telling the truth, but on Monday of this week he crossed a line by not only trying to justify his horrific policies, but also by trying tarnish one of our allies in the process. On Twitter, Trump claimed that citizens in Germany were turning on their leadership due to the increasing crime rate, and it only took a few minutes for everyone to correctly point out that the crime rate in Germany is at its lowest point since the early 90’s. Ring of Fire’s Farron Cousins discusses this.

Donald Trump is absolute liar. And I know that most people in this country understand that, it’s only the diehard MAGA crowd that don’t seem to think that Donald Trump ever tells a lite. Donald Trump is also really horrible to our allies, to the allies of the United States. He’s a jackass to them, he treats them like crap. But on Monday, Donald Trump actually managed to both not only piss off allies, but also tell a massive lie about them. So he combined his two worst traits into one by tweeting out the following, “The people of Germany are turning against their leadership as migration is rocking the already tenuous Berlin coalition. Crime in Germany is way up, big mistake made all over Europe in allowing millions of people in who have so strongly and violently changed their culture.”

Here’s the thing. Crime in Germany, way up, according to Donald Trump, right? Well, according to statistics, crime in Germany is actually at its lowest point since 1992, they have not seen this little crime in the country in 26 years. That is an easily verifiable statistic that Donald Trump didn’t think anybody in this country, or Germany, would take the time to look up, but as it turns out, damn near everybody did and they busted him for lying about this. But the lie is only the beginning of it. Again, we have the part with him insulting our allies, he’s already pissed off the German people with his ambassador over there, who continuously insults them, has tried to influence their politics in ways that have almost gotten him kicked out of the country.

But it all boils back down to Donald Trump trying to justify his disgusting immigration policies here in the United States. And if you have to resort to lying about why we need these policies, then shouldn’t that tell everyone in this country that we don’t need them? That we shouldn’t be separating children from their parents and locking them up in internment camps? If you can’t come up with a good, justifiable, factually-based reason for this, then it needs to end immediately. And that’s the problem Trump has, there is no reason for it. There’s no way to justify it other than being an evil piece of crap, which is exactly what Donald Trump and his entire administration are. The lies are going to start flowing at an exponential rate at this point because they are losing steam, they are losing support, they are losing voters. Because the more they try to talk about why we need this program, the more they expose how racist and hateful they truly are.